The wel-home-coming of the selection

Posted by Chris in Politics & International Relations on June 30, 2014

On Saturday the Chilean selection lost a nail-biting match against Brazil in the World Cup’s second round. Initially, I didn’t want to watch the match. I’m actually not a football buff, as the world keeps turning – losing or winning. Yet, what can I say? The football fever was just too strong, so I ended up in front of the TV about 10 minutes into the match. And what a match it was!

Though the minor mistakes the Chileans made (mainly related to lack of decision-making) they surely made up with a fierce warrior spirit. I like very much seeing how talented people are willing to push their boundaries. Sacrifice warrants huge respect! Especially in the face of an almighty opponent like Brazil, who, on top of things, managed to score relatively early. The match gathered real steam, however, only after Chile’s Sánchez scored. His goal struck fear into the Brazilian team, and hope and pride into all of Chile. The match was decided only after penalties with Brazil winning 3 – 2.

As you can see in the picture below Chile has not been disillusioned with La Roja at all. When they arrived yesterday, Sunday, June 26, the entire route from the airport to well into Santiago City was paraded by people cheering and thanking their heroes. La Roja went straight from the airport to Chile’s La Moneda palace, where they were welcomed by President Michelle Bachelet, who even postponed her flight to a meeting with Barack Obama.

I actually am very much in favour of President Bachelet’s politics so far. Yet, how she is also using the national selection warrants criticism. Each time I see how, for example, the German selection is happy to be instrumentalized by Chancellor Merkel to boost her popularity gives me the creeps. Now Michelle Bachelet seems to follow the same trajectory. She even postponed a flight to a meeting with Barrack Obama in favour of receiving the national team. The fact that this didn’t cause any attacks from the right-wing, which unashamedly accuses the government of the most ridiculous deeds, is surely related to Chile’s collective psychology and World Cup history.

Chile played Brazil various times but has been beaten decisively each time. Furthermore, Chile never ever made it to the second round. The team was just too lazy, undisciplined and individualistic. This time, however, national coach Jorge Sampaoli managed to mould these wild-at-hearts into a formidable force, focused on winning.

They almost did it. And they most certainly vindicated earlier embarrassments. People recognize that. Chile has never come that far in a World Cup; it has never played that elegant, fierce and professional against Brazil. Furthermore, La Roja’s performance takes place in a wider social context in which Chile’s sustained growth (until now) is seen as the vehicle that propels Chile to the ranks of the top performers in the liberal-democratic capitalist world economy. Chile does not only perceive ascension taking place in economic but now also in cultural terms. Las Saturday’s match accelerated such ascension, and unsurprisingly amplified national pride. Thus, Chile did not celebrate the home-coming of its national team or even losers – it celebrated a new spirit. 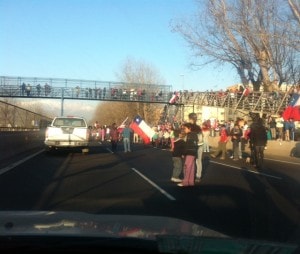 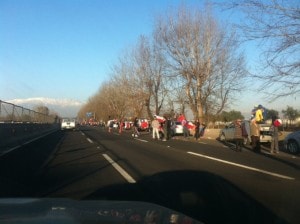 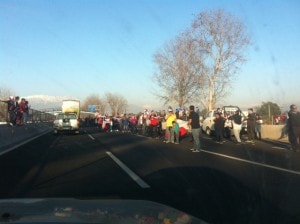 This is en route to the city. Ruta 68 leads directly from the airport to La Moneda. 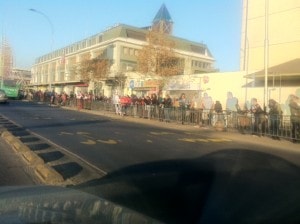 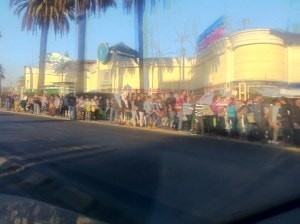 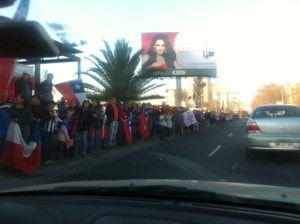 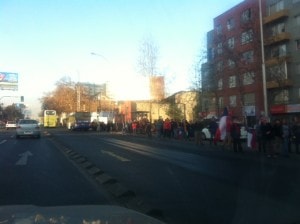 These pictures were taken around Santiago’s iconic Estación Central