Posted by Chris in Politics & International Relations on October 15, 2014

Though later than anticipated this post is my trip to the south of Chile, most of which led us to explore the island of Chiloé and the city of Puerto Varas. If you ever come here, what I very much hope you will and recommend, you basically can stop thinking about eating meat. It’s not like there is none, rather the fish down in the south is sooo damn good. Especially salmon is without match. In fact, the salmon is so good that the whole industry collapse years ago, due to sabotage. An engineer introduced some virus into the system that killed off virtually all salmon and left the Chilean salmon industry devastated. Rumour has it the guy suddenly had US$1 Million and enjoyed spending the money in Norway — where he also coincidentally received citizenship soon after the deed…

Anyway, he south is in many respects very important for Chilean history and development. The first thing is that many of the inhabitants here have German roots; some Austrian or Swiss, occasionally Irish. This is so because after independence in 1810 the heads of state pondered how best to develop the country and nurture its regional status. For them it was clear that nation needs a strong economy. They therefore sought to enhance agriculture, which was an obvious choice because Chile’s south is extremely fertile. The climate is totally different to the extremely hot and dusty north. In the south is a lot of rain, wind, and snow — just about everything Europeans are used to. Additionally, I have been told, the Germans enjoyed an excellent reputation for being an industrious, innovative, and law-abiding people. Thus, governments of the young republic gave away citizenship and land for free preferably to German immigrants.

In this period, remember, Europe was on the eve of industrialization and still large swathes of the population extremely poor. The continent was pregnant with revolution and stark inequalities. Therefore, emigration streams not only took off from Ireland to North- but also from continental Europe to South America.

And what more was there to ask for in these times? Fertile land for free, opportunity and a local welcome-culture. This perception of German industry is entrenched until this day. Germans enjoy an extraordinarily positive reputation in Chile. (Some say this is because they did all the work to develop the country so the Chileans could enjoy wine and cigars all day.)

This policy came with a price, paid by the indigenous Mapuche people. They originally occupied most the land from Santiago downward. Mapuche are an extremely resilient people and this is the reason why they are still around and have not disappeared like all the other indigenous ones. The situation is as such that the Chilean government robbed Mapuche land and gave it to the Germans. Mapuche have not forgotten this and rebel until this day against the highly oppressive government and colonialist-minded descendants of the settlers. The issue is not easily resolvable, since ownership is backed up the the institution of the state’s monopoly on violence. Mapuche, fighting to for their land are thus easily depicted as terrorists and land robbers — when actually it is the other way round. Yet, the Mapuche mind does not function to according to capitalist logic. They don’t cultivate land the way Europeans do, because land is essentially a part of the body (Mapuche translates to ‘Earth People’). Much trouble is caused by that still.

Another peculiarity to the South is that it is extremely conservative. There are a lot of churches (beautiful ones!) and advertisements against abortion. The primacy of God to take or give life is accepted as fact of life. Also, the south is the region where still a lot of people support the right-wing parties, because they cultivate an image of Augusto Pinochet as the saviour of the country. State terror in the form of night raids, inner-city torture camps, and food scarcity due to economic crisis were not much present in the south. Also, I contend, these Germans…they just love a firm law&order strongman!

Lastly, especially in Chiloé is a lot of mythology. I love this! Worth a mention is the so-called ‘Caleuche’. Like all the myths in this place, they Caleuche connects the land and the sea, which is really the source of all life. The Caleuche is a ghost ship that sometimes can be seen at the shores of Chiloé, and the noise its sailors make can be heard all over the island…
There is an awesome Chilean movie out there about this myth. I very much recommend watching it, although it interprets the legend quite freely. Nevertheless, it is quite chilly and never cheap. Really, much better than this ‘I-know-what-you-did…’-Hollywood scheme.

Here are some pics to aide with procrastination: 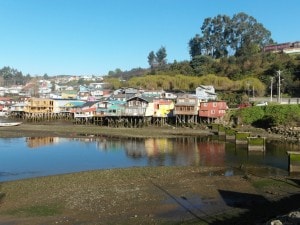 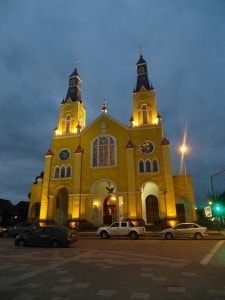 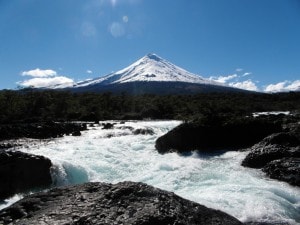 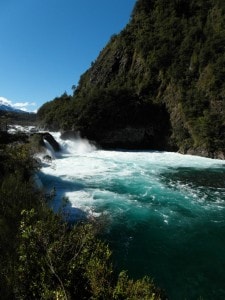 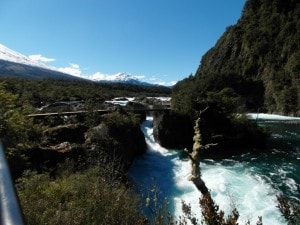 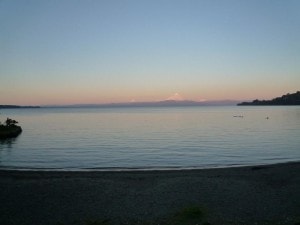