Over the years, I have grown accustomed to flying across the country and the globe on a daily basis. This week, I was in New York City to attend an award ceremony. This was the first time I had been in NYC during the winter. I have spent many a day in Boston, MA during the dreadful winter storms, so I braced myself for the NYC weather.

Maybe I am simply sensitive to the cold weather, but I must say that the wind was unbearable. I began to realize why so many of the people living in NYC were always so angry… I’d be angry too if I had to walk down the street or hail a cab in the freezing cold weather everyday, especially whilst weaving in and out of hundreds of tourists. Thankfully, it did not snow while I was in the city, but I certainly found myself wishing it were the summer, so that the sun would shine at least a little bit. In the midst of seeking ways to shield myself from the cold weather, I managed to visit the Empire State Building and the Permanent Mission of Sri Lanka to the United Nations to receive my Luce Leader Award of 2015 for global leadership.

Although I still had to work on my Ph.D. while in NYC, the trip was a nice break. And so, I wanted to share some photographs with you. 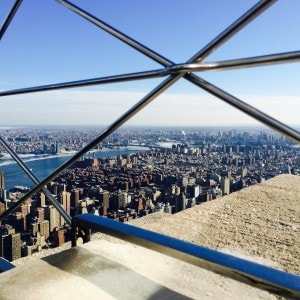 View from the top of the Empire State Building in NY.

View from the top of the Empire State Building in NY. 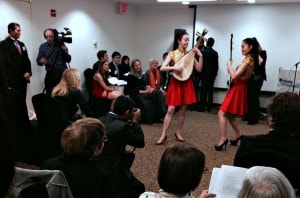 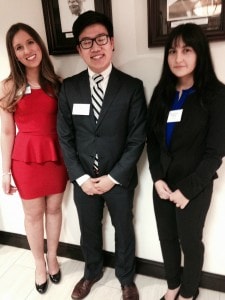 Hello everybody! I’m Eugenie, a seventeen-year-old, currently completing my PhD in the department of Politics and International Relations via distance learning. My PhD research focuses on Denial and Deception in the intelligence field. I'm originally from Manchester, England, but I now live in the United States where I work as a lecturer in public safety and write books and articles in the intelligence field. I hope to share my unique experiences as a teenager completing a PhD here at the University of Leicester.