Posted by Elizabeth in Politics & International Relations on September 2, 2016 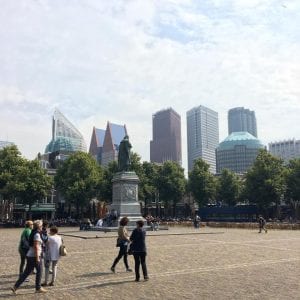 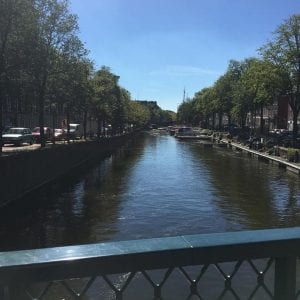 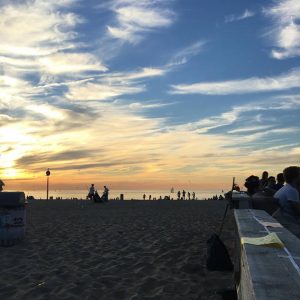 Hello and welcome to my first post! After a crazy two weeks of various induction classes, countless tours around the city and meeting more people than I can possibly remember, I am finally sitting down to write this post on my first impressions of the Netherlands and settling into my new home.

It was two weeks ago today when I embarked on what was a particularly stressful solo journey across the Netherlands via public transport with a 25kg suitcase. The flight went smoothly, but the real challenge arose when trying to figure out how to catch the ever confusing trains from Schiphol airport to The Hague. After missing two trains, getting stuck in a lift and receiving evil glares from a man whose toes I ran over with my suitcase, I finally arrived in The Hague. I know that I am only across the North Sea, but nevertheless culture shock is real. This is what I have learnt so far:

1. Bikes are everywhere– I was told this countless times before I arrived. “The bikes are crazy, watch the bikes!” my dad would try drill into me at every possible opportunity. My response was always nonchalant, originally presuming the bike obsession was just an overemphasised stereotype- the same way people think British people are all related to the royal family and spend all day drinking tea with their Corgi. But I was wrong. Bikes really are everywhere. Not only are bikes everywhere but in my experience, cyclists also have little regard for the rules of the road. There have already been so many times I have nearly been run over due to a cyclist or even a motorcyclist speeding down the pavement in the city centre. Not only are the bikes dangerous, but also the trams add to the confusion as they speed across the road in all directions (as if it wasn’t difficult enough trying to figure out how to cross the road when cars drive on the right hand side). So far, a leisurely walk from my apartment into town is non-existent as the mere prospect of walking down the street feels like a hazard perception test which requires constant concentration in order to avoid death.

2. I need to learn Dutch– Another misconception I had before I arrived was that I don’t need to learn Dutch because everyone speaks English. I wouldn’t entirely agree. Although the majority of Dutch people speak impeccable English, it can get extremely awkward when you’re in a shop wanting to buy something and every time someone speaks to you in Dutch, you have to awkwardly reply with ‘sorry I’m English’ (to which they realise it would be absolutely barbaric for a British person to actually try and attempt speaking Dutch- right?). Furthermore, the majority of people I have met here speak at least two languages. Sometimes, three or more. It slightly puts you to shame when your friends are listing the languages they speak fluently- French, German, Spanish, Portuguese, Polish, Russian- to which you have to sheepishly reply with ‘just English’. So I am planning on overcoming the stereotype of the non-Dutch speaking British person by taking up an online course in Dutch, and committing to learning new languages in the future.

3. The drinking culture is a breath of fresh air– the Dutch equivalent of fresher’s week really is on a whole different level to the British stereotype of fresher’s week. In the Netherlands, my experience of the fresher’s week equivalent has consisted of beach days, surfing lessons, dinners, comedy nights, barbecues and spending nights having a glass of wine on a canal boat with friends. Although there are still various nights out which end at 5am, the drinking culture is very different as it is less common for people to drink solely for the sake of getting drunk. Which is a pleasant surprise.

So what I can conclude from my first two weeks living here is that the Netherlands- and The Hague in particular, is a truly lovely place. Its liberal, free spirited, welcoming atmosphere is enough to make anyone feel at home. Although I don’t necessarily feel completely settled in just yet, I can really see myself beginning to love this place. The thought of leaving here in 10 months already fills me with dread! So I am excited to share with you the experiences I have in the coming year. Doei!

Hey, I’m Elizabeth. I am a third year Politics and International Relations student currently on my Erasmus year abroad in the Netherlands. I am lucky enough to be studying in the wonderful, vibrant city of The Hague which is a hub for global governance, the perfect place for a Politics and IR student. I will be blogging about my thoughts and experiences which arise from studying in continental Europe. So I hope you enjoy my posts and they give you some insight into what it’s like to study abroad! When I am not studying I enjoy travelling, eating out with friends, cooking and reading.