Posted by Oli in Politics & International Relations on January 30, 2018

In the last few weeks, the Universities and College Union (UCU) voted in favour of strike action following a breakdown of talks between the UCU and Universities UK (UUK) over lecturers’ pensions. Now, it’s been confirmed that Leicester will suffer from strike action, starting on Thursday 22nd February. Again, what am I paying £9000 […]

Posted by Oli in Politics & International Relations on August 16, 2017

After returning home from my holiday, the weather here in the UK has been eerily calm despite the oncoming storm that is – A Level Results Day.     Of course, the topic has definitely been overdone by student websites & forums and I doubt anyone waiting for their results is going to want […] 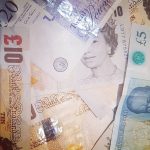 Posted by Oli in Politics & International Relations on July 26, 2017

Ok, I’ll admit, it’s been a while.     It’s difficult to blog when your days mostly consist of washing and tidying, unless you’re wanting a tutorial on the perfect folding technique for your ironing. And job hunting hasn’t exactly been a roaring success.     Really what I wanted to share with you […] 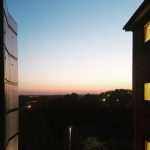 Posted by Oli in Politics & International Relations on May 30, 2017

I’ve finished my last exam of first year, so decided now would be a good time to write my first blog post. I wasn’t really sure what my first post should be until last night, since a lot of my fellow bloggers have managed to cover nearly every aspect of finishing the year.   Except, […]