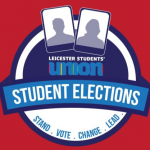 Posted by Oli in Politics & International Relations on February 17, 2018

Today (Sat 17th Feb) marks the beginning of the week-long election campaigns for our Union’s next Executive Officers! It may seem like a small affair, but these yearly elections can be extremely influential in shaping union policy on matters of sports, wellbeing, education & activities. Plus, the election of a President gives us, the […]

Posted by Oli in Politics & International Relations on June 16, 2017

The title of this blog was what Tim Farron described of the proposed Conservative (Tory)-DUP coalition exactly a week ago. Not exactly what everyone had hoped for following weeks of build up to a “strong and stable leadership”.   So it’s been a week, and now’s as good a time as any to follow-up on […]