A place of laughter…

Posted by joanna in Psychology on February 18, 2012 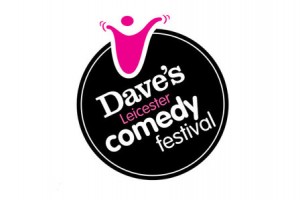 I am very pleased to inform you all that Leicester is incredible for comedy! I am a huge comedy fanatic and Leicester has the second biggest comedy fest in the UK after the Edinburgh Fringe! This year it’s spondered by the channel Dave and has included the likes of Greg Davies (think inbetweeners..), Andi Osho, Imran Yusef, Josie Long, Shappi Khorsandi and Sarah Millican (my personal favourite:])

If you’re like me and haven’t, regretfully, be able to make the festival itself there are podcasts available to download both on the Dave channel website and also unofficial ones which are in my opinion, even more entertaining : http://www.facebook.com/UnofficialDLCF. If you like the facebook page you can access them all on there, as well as some great interviews with some of the comedians :]

Anyway in other news, I have a big report in for tuesday after next so am going to be a bit of a hermit and stay in again tonight (and probably the next week and a half) to get crackin on it… that is, aside from Zumba, which I’m going to start doing twice a week after the best time last thursday! I honestly never knew exercise could be so fun. I was all sweaty and gross by the end of it but had such an incredible time=]

Ooooh also, just to remind you all, it’s pancakes day (shrove tuesday) in 3 days time! Haven’t had pancakes in forever so am very excited 😀

Joanna graduated from the University in Summer 2013 and is no longer blogging for this site.