The Right to Remain

Have you ever wondered why people take notice when you say “I have the right…”? 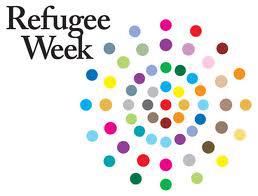 This week has been Refugee Week at the University of Leicester, a week to learn, to recognise and to understand. The Universal Declaration of Human Rights Article 14 states that ‘Everyone has the right to seek and to enjoy in other countries asylum from persecution.’

So what does this mean? It means that everyone, everywhere has the right to leave their own country and seek protection from another, when their own country has shown hostility towards them or treated them badly because of their race, religion or political beliefs. If we lived in a country where we were ill-treated because of who we were or what we believed, then surely we would want to get away. Unfortunately in recent years, refugees and asylum seekers have attracted negative media coverage and this had led to prejudice and discrimination, the very thing that they are trying to escape from. 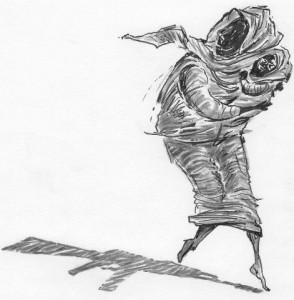 People have been seeking asylum here for over 400 years now and have helped to change and shape the history of the United Kingdom. In the late 1600’s a group of Spanish Jews came to Britain to settle. Prior to the start of World War 2, many Jews sought refuge in Britain in an attempt to escape Nazi persecution. The author of Les Misérables fled to England in the 1850’s and Karl Marx, an incredibly well known and pioneering economist, philosopher and sociologist left Germany for the UK in 1849.

Recent figures show that only 18,000 people a year seek asylum in Britian, which realistically accounts for about 3% of those who flee their own countries. But for that 3%, the UK can make a massive difference. By giving refugees the right to remain in Britain, they can have the freedom and lifestyle that has otherwise been denied them. They no longer need to live in a state of insecurity or fear persecution and they can build a better life for their families.

I would encourage you all to read Article 14, a magazine put together by the people behind the awareness week, which can be found online here: http://issuu.com/matthewburnett-stuart/docs/article_14 It’s full of interviews and commentaries from refugees in Leicester and from organisations like City of Sanctuary (http://www.cityofsanctuary.org/)who do all they can to help refugees remain in the UK.

Raising awareness is important, because there is so much that I have learnt in the last few days about this issue, one which is becoming greater, espeically given the state of some of the countries around the world. So the next time you say “I have the right…” stop and take a moment to remember that if we have the right to be treated equally and to live in peace, without discrimination, conflict and persecution then so does everyone else.

Sarah graduated from University in Summer 2012 and is no longer blogging for this site.