So, I’m currently writing this 30000 feet in the air somewhere above the USA. I’m on my way to Dallas where I’ll be getting a connecting flight to Los Angeles (*squeals in excitement*). Aside from panicking that my luggage won’t be in LA to meet me and trying not to think about the fact I have to go through another take off before I arrive at my destination I’m feeling pretty good. These last few days have been kind of bittersweet though because I left camp on Saturday and, although I think everyone was getting to the point where they needed to leave, it was so so difficult saying goodbye to the place I’ve called home since June 19th and having to leave the people I’ve spent every day for the last 9 weeks with behind, but I’m starting my travels to the west coast which I’m obviously extremely excited for. When we left camp on Saturday all the American staff were there to wave us off. I cried buckets. All of the international staff made our way to grand central terminal in NYC but then had to say goodbye to each other there. I cried buckets there too. A few of us stayed together in a hotel and we met up with few others for meals out and trips, but saying goodbye after these last few days in NYC was very difficult. All three of these goodbyes were the hardest goodbyes I’ve ever had to make in my life.

Now though I’m onto the second part of my American adventure- the West Coast! Even whilst I’m sitting on an aeroplane I don’t think it’s sunk in that that’s where I’m headed yet. My journey started with a flight from Newark to Dallas, and I’m on the same flight as one of the guys who stayed in our hotel with us this weekend but neither of us knew we’d booked the same flight till the day before. Crazy, huh? Anyway, the airport was relatively stress less as domestic flights seem way more chilled than international flights, and my English accent got me a huge croissant, a coffee and a bottle of water for $6 because the girl serving me loved the way I sounded. I love America! I did have to take 5lb out of my case though because the woman refused to charge me $100 for an overweight bag and I ended up with someone else’s boarding pass but apart from that it’s been pretty smooth traveling so far (fingers crossed it stays that way!).

This trip so far has been the absolute best summer I’ve ever had, not only because I’m getting to spend three months in this amazing country but because of what it’s done for me as a person. Cliched I know, but I’m a different person now to who I was in June when I boarded that plane at Heathrow, and the girl I was a couple of years ago wouldn’t even recognise me now. I used to hate it when I saw people posting about ‘being changed by travel’ etc but now I completely get it; traveling half way across the world alone to live and work in a new country has done wonders for my confidence, it’s allowed me to learn about new cultures, meet some great people, and make amazing memories that will last a lifetime. I think that if you even have the tiniest thought that maybe you want to go and explore a new country then do it. Maybe you’re looking at travel websites frequently, or making lots of travel boards on Pinterest or even considering spending a year/semester of your degree abroad? If so stop doing that and book your trip, I promise you you won’t regret it. If you’re unsure of where to start talk to someone in the Erasmus department at university. My subject doesn’t participate in Erasmus so I don’t know anything about it but I’m sure they will be extremely helpful. If, like me, your subject doesn’t allow for study abroad the university also offers summer schools in China, Japan, South Korea and Taiwan which also sounds pretty cool as you get to spend a summer in one of these places and learn new things at the same time. As my grandma keeps saying to me ‘the world is your oyster’ so go out and see as much of it as you can.

As for my trip I’m in San Diego at the time of actually getting around to posting this then I’m off to Nevada to see the Colorado river, then the Grand Canyon, then Vegas (yay for being under 21! Urgh) then it’s back to glorious California to see San Fran, Santa Barbara, Yosemite and LA. Safe to say I’m pretty excited. 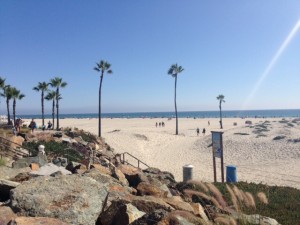 The west coast is so beautiful 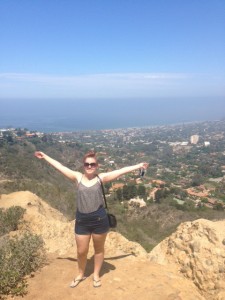 Edit: obviously I had to post this after I’d landed and found wifi so I thought I’d let you know that my luggage did arrive with me in Los Angeles and the second flight that I was dreading was pretty smooth. I know you were all just dying to know that information (ha).