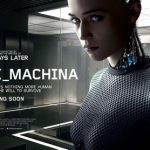 Posted by Tasmin in Psychology on September 7, 2016

I thought I’d kick off my blog in true fashion talking about my favourite pass time – movies. As a psychology blogger I felt inclined to narrow my long list of movie gems, into psychology themed ones for everyone (especially psychology students) to sink their teeth into before term begins. Get binge watching!   1) Ex […]

Looking forward to the future

Recently I’ve been thinking a lot about the next year or so of my life, since, you know, I’m in the final stretch of my undergraduate degree now (*sobs quietly in a corner*). I’ve decided to take a gap year when I leave uni (to get some psychology experience and do some travelling before probably […] 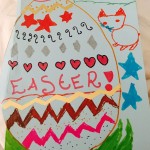 Easter’s a bit weird isn’t it? Not from a religious point of view- I understand the religious meaning behind it- but all of the secular traditions that have come about because of it make zero sense to me. I mean, who decided that telling children that there’s a giant rabbit who goes to everyone’s houses […] 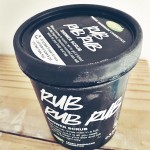 Boxing day: the best day of the holidays!

Did you know? Nobody knows exactly when the Boxing Day tradition began but, apparently, the earliest known record of it is in Europe in the middle ages (I’m getting this info from Wikipedia so do with it what you will). It’s called Boxing Day because, traditionally, servants of wealthy families, who obviously had to work on […] 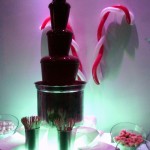 Yesterday night I went to a charity event organised by people from the university for Unicef society. It was Willy Wonka’s Chocolate Factory-themed, how could I say no?! It was a nice event, smaller than I thought it would be but very cute! They had music on, chocolates and chocolate cupcakes everywhere, chocolate and candy themed decorations, and […] 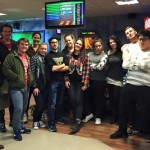 Laser Tag and Thoughts on Aggression

Posted by Alice in Psychology on February 24, 2015

Speaking of relaxing a little bit, I forgot to mention that we had a small social the other week with the Volleyball Society! This is a busy time for everyone at uni, but we managed to find an afternoon that worked for a small group of people and went out to play…laser tag! 😀 It was […]

Posted by Alice in Psychology on February 18, 2015

Hello! I realise I haven’t written much in the past two weeks, and admittedly it’s been due to being extremely busy. But now I’m finding the time to write you about stuff that’s been happening lately! Just to mention one small thing…. my parents came to visit me over the weekend!! 😀 I was so […]