Posted by Tasmin in Psychology on December 7, 2016

As part of our psychology degree at UoL we’re required to participate in a variety of experiments usually conducted by 3rd year students as part of their dissertations – otherwise known as EPR. Each term we need to achieve a set number of points in order to achieve 5% of our module marks, so I thought I’d […]

Posted by Tasmin in Psychology on October 28, 2016

So at the beginning of the year I made a pact to myself, there will be no last minute essays and no half-hearted attempts – we’re aiming for 1sts all around, this is 2nd year after all. So a fortnight ago we were set a cognitive sports psychology essay, now this is definitely […]

The Stanford Prison experiment- has it taught us anything?

A few weeks ago I found this article on The New Yorker about Zimbardo’s Stanford Prison Experiment and whether or not we have actually learned something from it. For those of you who don’t know, Zimbardo was a psychologist from Stanford University, CA and in 1971 he ran an experiment in which 24, mentally and […] 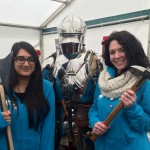 Last weekend I worked as an Ambassador on a very particular event: a Richard III Day Event! I only worked on Saturday, despite the event taking place during the whole weekend! On Saturday the whole campus was full of visitors taking part in hands-on activities related to the medieval period, and at the same time […] 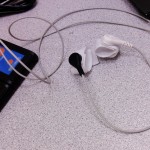 Testing for My Dissertation

Hello everyone! I’ve just been to see my dissertation supervisor to discuss my data analysis. Guess it’s time I let you know how testing went! The past couple of weeks have seen an endless amount of hours spent sitting in a room in the Maurice Shock Building, where the psychology computer rooms and labs are. […]

When I came back to Leicester to work, my goal was to earn as much money as I physically could over these two weeks. So, in addition to working as Graduation staff and as Ambassador during two Open Days, I also signed up for some paid psychology experiments! During term time we have always been […]

The use (and pretend use) of electric shocks in psychological experiments has a long and disturbing pedigree. Perhaps the most infamous (pretend) use of electric shocks are Stanley Milgram’s experiments, which are popularly believed to demonstrate that people will obey orders no matter how inhuman they appear to be. However, closer inspection of his results […]

Passing the Turing test is an achievement – but the Lovelace test is terrifying!

Congratulations are due to the creators of Eugene Goostman, the first computer program to pass the “Turing test”. It’s a remarkably difficult thing to create a program that is able to imitate conversation reliably and convince even a minority of observers that a human is on the other side of the screen. Problems of artificial […] 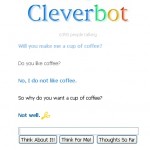 New Year’s Resolutions by the Numbers

I can see that a number of my fellow student bloggers have been thinking about and making New Year’s Resolutions for 2014. I made a very public one this year – I’m taking part in the Dryathlon for Cancer Research UK– and I’m pleased to report that it’s so far, so good! As well as helping […]