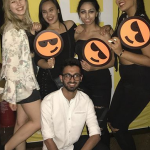 I’m sure by now you’ve managed to get through my top ten list of favourite psychological films (and if you haven’t – then what are you waiting for?!). So, I’m guessing you’d like to go outside for a change, yes? Ah Les-tah city! Whether you’re here for the Summer because of an internship or you’re […]