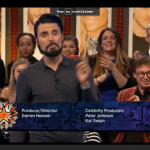 Posted by Tasmin in Psychology on January 17, 2017

As a psychology student I’ve always been fascinated by social interactions, what makes someone likeable? What makes people crack? Now in some way or another I’d argue these notions are explored in depth through each and every series of Big Brother. Whilst I do accept the original concept has become slightly diluted with BBUK […] 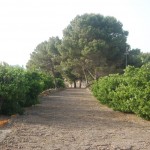 What have the psychologists ever done for us?

There’s a wonderfully thought-provoking piece that’s been published on The British Psychological Society’s website in the last few days called “Where is psychology’s non-stick frying pan?“. I’d encourage everyone to read Phil Banyard’s article in full, but if you’re in a hurry, the beginning reads rather like John Cleese’s rant asking “What have the Romans […]

The Stanford Prison experiment- has it taught us anything?

A few weeks ago I found this article on The New Yorker about Zimbardo’s Stanford Prison Experiment and whether or not we have actually learned something from it. For those of you who don’t know, Zimbardo was a psychologist from Stanford University, CA and in 1971 he ran an experiment in which 24, mentally and […]