New Year’s Resolutions – why do we make them?

Posted by Amy-Rose in Sociology on January 2, 2013

I don’t wish to post the generic ‘Happy New Year!’ post, but seeing as it is the second of January and this particular post of mine is to follow such a theme, I will begin by saying I really do hope you all have a fabulous year ahead of you. Whether it be through academic or work related success, finding someone who will watch copious amounts of Dr Who with you and not mind (or at least not say that they mind) or simply getting your life into such an order that you wear matching socks every day, I am sure 2013 will offer you wonderful things.

With this being said, I can almost guarantee that every single person who reads this post, myself included, has pondered over the social phenomena that is ‘New Year’s Resolutions’ and (even if secretly) has made a few little oaths to themselves on how to ensure their 2013 is either a) just as awesome as 2012, or b) much better. The generic hopes which are usually declared on the 31st of December after a few glasses of wine to friends (‘Thou shalt enjoy life more!’) or uttered in the morning after former mentioned glasses of wine (‘Thou shalt become teetotal!’) along with aspirations of losing the ‘Christmas bulge’ and quitting smoking are repeated year after year, yet, often aren’t met. Don’t believe me? Richard Wiseman from the University of Bristol, in 2007, decided to find out exactly what the success rate is for Resolutions, and found that a staggering 88% of 3,000 volunteers failed to stick to their promises, despite being adamant that they would be triumphant!

My question to you is, why exactly do we feel obliged to better ourselves when the year is up? Is it like some kind of five hundred, twenty-five thousand, six hundred minute long ticking bomb until we realise we’ve been living the past 365 days a flawed person? (+10 points if you know which musical gave me such precise information). Put quite simply, it is because we are taught from a young age to never stop striving for betterment, and this is reinforced by the media when we are shown 1000s of subliminal messages a day, telling us that in order to become a well-rounded, successful and fulfilled individual we must do the three B’s; buy, buy, buy. If we buy that gym membership, we’ll be a much better person. If we buy that lipstick, just think of how good we will look. Oh, did I mention if you buy this XYZ product, you’ll feel much more fulfilled? Media has saturated our everyday life and turned what would usually be a positive message – always endeavour to be the best person you can be – into something which is, quite frankly, a pain to maintain, as Mr Richard Wiseman discovered.

However! Please do not think I’m on my way to a quasi-Marxist rant and intend on spending the next few sentences complaining about how humanity has become cultural dopes to the media, as I do not believe that is so. There are, undoubtedly, positive effects to both the media and most importantly, these infamous resolutions – making effort to spend more time with family, spend less money on alcohol and cigarettes and spend more time on becoming a more helpful person. But, did you notice how the latter hopes are all contradictory to the three B’s? Rather than buying into these ideals presented to us by the media, they represent the act of giving – give your mum a hug a little more this year, use that money saved from the alcohol on something worthwhile for either your, or someone else’s future and always, always try to be a more helpful person (every single day of the year, not just the first seven).

With this being said, I am guilty of being slightly contradictory. I, Amy-Rose, have made selfish and vain New Year’s Resolutions, even including the dishonourable ‘thou shalt not eat a whole packet of biscuits in one sitting’. But what I’m really trying to say is that you are quite smashing just the way you are! Don’t stop working on becoming the best person you can be, but that doesn’t necessarily include being smoke-free, skinny or any richer, no matter what big hungry businesses tell you. Nevertheless, if you made it through 2012 (and not to mention, survived that apocalypse), it doesn’t matter too much if your socks are odd or you buy that gym membership – after all, that’s where all of the cute guys/gals are!

I’ll leave you with a few pictures from my weekend in London, enjoy! 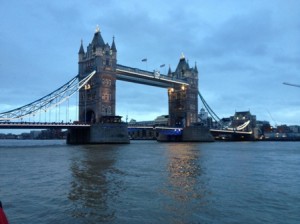 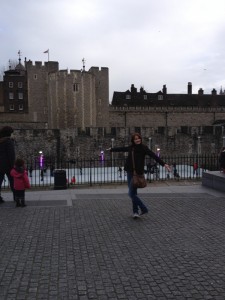 I was ludicrously excited to be at one of the most intriguing palaces in the world and home to my most favourite historical era, The Tudors – the Tower of London

One response to “New Year’s Resolutions – why do we make them?”