So, the past few weeks has not been without disruption for myself. Compared to some of peers studying other subject, us sociology students had the many ‘cancelled’ lecture, seminars and open office hours. For instance, out of my nine contact hours in the week six of those hours were ‘cancelled’. But, I guess this will […]

Posted by Faheema in Sociology on February 17, 2018

Posted by Faheema in Sociology on November 2, 2017

It’s that time of the year when the Christmas holidays seem so close yet so far! But don’t worry, there’s just over a month to go! This time last year, as a fresher, we were getting grilled about deadlines from all of our modules and the library was starting to fill up with those writing […]

Posted by Faheema in Sociology on February 24, 2017

One of the most important aspect of the whole university application process is attending the open days. Yes, a lot of people apply to universities on a whim but it is vital to at least get a feel of the university before applying and consequently committing to it. University isn’t just about the study, but […]

Posted by Faheema in Sociology on November 27, 2016

Though I am a stay at home student, before beginning university, I had already decided that I would pay my way at home and as if I had moved out for uni, all expenses of mine would be from myself and not my parents. Now, of course one way to keep the cash flow going […]

When I was preparing for university I had my parents telling me that I must be careful with my money and set budgets. Well… I didn’t really end up doing that. I spent money as and when I needed to so I had no idea how much I was spending each week. The biggest chunk of my […] 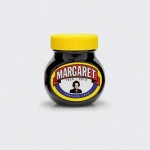 Politics, and why it should be discussed at the dinner table.

I absolutely adore Britain, and all things remotely British – from our history, to little quirks such as tutting, and an uncanny obligation to form orderly queues in all situations, ours is a country defined by (amongst MANY other things) manners and etiquette. However, despite my admiration for the typical Brits’ manners and the rate […]

Headless Roman Priests and why the fat man in December wears red.

February 14th is a day celebrated in most countries across the world and has been a major day of celebrations in England since the 15th Century. It is a day dedicated to all of the lucky folk who are in love, and, of course, in remembrance of Saint Valentine – a man who, as legend depicts, was […]