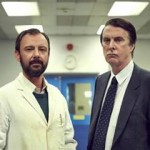 The University of Leicester goes to Hollywood!

Ok so not quite Hollywood, but we’re on British TV! On 6th April there is a new 2 part crime drama airing which is called Code of a Killer (https://www.youtube.com/watch?v=-zd1HzWl96Y). This tells the story of how Alec Jeffrey’s discovery of DNA fingerprinting helped solve the killings of two teenagers in Leicestershire. As many of you will […]

The recent cabinet reshuffle has seen Michael Gove leave his post as Education Secretary and it seems, from the strikes from the teachers union, that much of society are happy to hear of this news. In this instance I do not take one particular stand point (in fact, in politics in general I have learned […]