After being in Long Beach for a week it’s already difficult to recall everything I’ve done so far, although a lot of it has in fact been fairly tedious, such as trying to buy a bed and trying harder to deal with the study abroad office at my American University, who unfortunately leave a lot to be desired in comparison with our own at Leicester. Understandably a lot of things are different over here in terms of ‘college’ life, nothing more so than your class schedule and the process that comes with it. Unlike in England, where you choose your degree and are allocated relevant modules accordingly, the American college system allows greater variety and freedom in choosing classes. Whilst the majority of your classes have to relate to your ‘major’ (the subject you specialise and eventually graduate in), you are able to make up the credits needed with other, less-relevant classes. For example, I have an American flatmate who is graduating as a Biology Major this year, though in order to make up some of her credits, she is able to take a swimming class on the side. Unconventional to say the least. 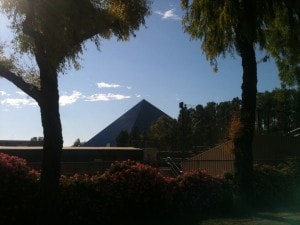 Although we applied for classes months in advance, thanks to Linda Benson at the UoL study abroad office keeping us in check, myself and the other English students here in Long Beach have only been enrolled in one or two of the classes in question. This has led me to experience the undesirable process of petitioning for classes, which involves having to attend the first class of the semester, asking the professor if he/she can take you on, and praying that there is still space in the class for you to join. Whilst this isn’t the easiest or most reliable process, it has shown to me how much American students value their education, though perhaps this is due to how much they have to pay for it (and you think we paid a lot…). 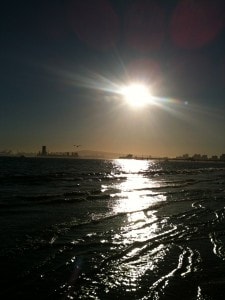 As it currently stands, I am enrolled in a hugely unimpressive one class, which is somewhat worrying since I need a minimum of four to pass the semester. Though again, the perks of living in California do tend to soften the blow slightly. We watched Edgar Wright’s Cornetto Trilogy back-to-back at Long Beach Movie Theatre, complete with an overexcited American audience that clapped and cheered every British reference. Such things really illuminate the prevalence of British identity in our popular culture to me, as I had never thought twice about how stereotypical it was to hear Simon Pegg ask his ‘Mother’ to put the kettle on. We’ve also visited the beach – a ten minute walk from my apartment…be jealous – which I’m sure will become a regular occurrence as the year rolls on.

One response to “College Life”