At the end of my previous blog I said that in the next one I would talk a bit about some of the other opportunities at Leicester: volunteering and the societies.

I’d really recommend getting involved in a society because it’s a really good way of getting to know different people. The people you live with are usually pretty fantastic, but even so, it’s good to have a different group to spend time with every now and again. You also meet people from other years on your course who can give helpful advice. Also, the start of university is the start of lots of new things, so you might as well give a few new societies a go as well! I joined the surfing society at the beginning of first year and the trip I went on was one of the highlights of first year. I also joined the swimming team, and the people seemed so friendly and the socials throughout the year looked really good. Stupidly I decided not to continue with swimming because I had to race back for Beaumont dinners and I let food take precedence, and I really wish I had stuck with it now. So that’s the other thing I’d say- stick with your societies for at least a couple of weeks/trips/events. 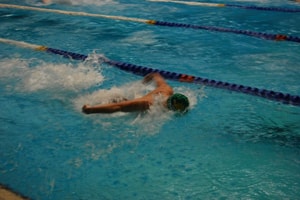 Getting involved in a society is really easy. There will be a Freshers fair at the beginning of the year where all the societies will be represented in a couple of rooms, usually over a couple of days. You just have to go down there and put your email address down for everything that vaguely interests you. That way, you have the option later to think about if you really want to go, and you’ll hear about what’s happening throughout the year so you have the opportunity to join in any time. There’s usually a society for your subject as well, where you can again meet people in your year and other years and which I’d recommend joining. Once you get involved in something you then have the chance to take on a significant role the next year, like treasurer or social secretary, and that’s something that’s really good to talk about in interviews as well. I figure that’s the way to justify those society nights out to Red Leicester (the night out for all the societies at the students’ union) anyway- it’s actually helping you gain a role in the society which will benefit your future career…

If you want to start thinking about it now, you can find a list of a lot of the sports clubs available online. Sports clubs are run both by the sports centre which the university now owns, and also usually have student clubs run by Leicester students as well. Other societies usually have a facebook page, so have a search. Most importantly, when you go to the fair, keep an open mind and remember that putting your name down doesn’t commit yourself to anything, so just have a think about it.

The other option you could look into is volunteering. You can always find this yourself, for instance by filling in an application form at a charity shop, but also the Careers Service have a lot of opportunities available. Some of the options might require training, so if you’re really interested you should email either the address given or the careers service to find out more, if you want to start from the beginning of the semester. You can even take part in the Leicester volunteering award, which goes on your transcript at the end of University, so you have evidence of what you’ve been doing.

I took part in the ‘Right to Read’ scheme, where I went to a school local to the university and helped children who were struggling to read. It was really helpful as I was considering teaching as a potential career, so I got to see more of what it was like, and it was also just really nice to chat to the children. I think at university sometimes you can get swept into a little Leicester bubble, and it’s good to have something like this which you are linked to through the university but which is basically independent of your university life, in case other things get claustrophobic.

I also volunteered for a charity called LEAT, where you get paired with someone on the Autistic spectrum and you meet up with them so that they have someone to talk to and can practice their social skills. I found this the most rewarding because I got to see more of Leicester, for instance I signed up to the central library so that we could use the computers there, which I’d have had no need to otherwise. It makes your life in Leicester seem a bit more normal, and not just like it’s a game of university life that you’re playing.

Being at university is such an opportunity because there are so many people and resources available, which you might not get on such a scale again. It would be a shame not to take part in some of the things available, and from experience I would highly recommend taking part in a society or two, and also in volunteering.

One response to “Working 9 to 5 Part II”