Time for the second blog about my adventures in half term. First stop after Akaroa, was Hamner Springs with a bunch of geologists. So you can probably imagine the drunken antics already… Anyway, Hamners a small town near Arthur’s Pass, that’s famous for its sulphur pools (which is all to do with the Hamner fault and what not).  There’s not much to do or say about it really but its super relaxing sitting outside in hot pools there, looking up at the snowy mountains. Definitely a reminder of why I chose to come here! 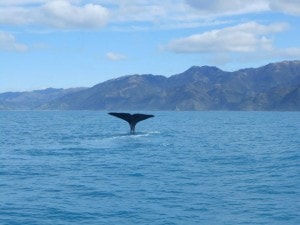 One of the sperm whales I saw on the whale watching tour – wouldn’t fancy going for a swim with him (they’re all males in Kaikoura Canyon so its known as a feeding ground not a breeding ground).

After all the relaxing in Hamner, me and my friend drove to Kaikoura – still in the ‘rad red rental’. I’ll be honest I’m not the biggest fan of driving  but there’s something about blasting Skrillex and Taylor Swift, sunglasses on, driving past the snowy mountains and huge braided rivers. Did scare myself a few times thinking I was going 100mph, not 100kmh though…

So, Kaikoura – another small town but there’s so much going on and for once I don’t mean the nightlife. The wildlife on the other hand is absolutely AMAZING! We went whale watching there and well, I’ve never seen a real whale before and I doubt I’ll ever see so many, so close ever again. It was pretty awesome seeing them dive back into the water and everything. Saw a pod of dusky dolphins too, as well as some of Hector’s dolphins that I mentioned before.  There were plenty of seals around too. Quite a few seemed to be enjoying terrorising all the tourists. Just glad I didn’t reverse into one in the car park. We went to the Ohau waterfall further inland as well and saw a load of baby seals messing around in the water (its where they go in the Winter when it’s too cold). They’re literally at your feet, flapping around – sooo cute and I really, really hate the word cute, so they definitely were! 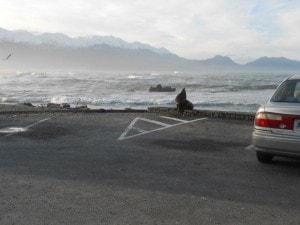 Little bit too close for my liking. The seal near our car was even closer  but I was too stressed about not running it over to think about taking a picture of it.

After Kaikoura it was bye to the ‘rad red rental’ and onto the final stop for the week – Wellington, the capital city and home to the All Blacks. It’s a quick flight over (about 45 minutes) to the middle of middle earth. The city itself is probably a mix between Cardiff and Swansea and it’s so much livelier than Christchurch…

First day there I spent looking around the famous Te Papa, which is the national museum of New Zealand. I wasn’t expecting much, thought it’d just be your average museum but its crazily good there – from Maori history to the earthquake simulator and giant squids. Can definitely see why Lonely Planet rates it so much. Once I was done going on the earthquake simulator a million times (can’t take a geologist anywhere!), it was time to see the All Blacks. They were playing Australia in the Bledisloe Cup, so you can imagine how epic the atmosphere was, especially with seeing them do the Haka and win! 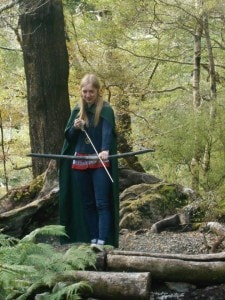 Worst Legolas in the history of ever?

Next day I went on a Lord of the Rings tour around Wellington to Isengard, Helm’s Deep, Minas Tirith and a few other places. We ended in the Kaitoke Regional Park, where Rivendell was filmed. The park’s an actual rain forest – how mental is that?! A rain forest less than 45 minutes away from the capital city! Anyway in Rivendell, the tour guide got me to dress up as Legolas because my blonde hair made me look elf-like. Not entirely sure I made the most convincing elf. In fact I’m probably more likely to be known as legless rather than Legolas. The other European tourists were busy loving it though so it’s all good, even if it was slightly cringey….

To finish my time in Wellington, I climbed to the Mount Victoria lookout to see the entire city and where they filmed the first Lord of the Rings scenes. On the way back to the airport I stumbled across a Welsh bar too so had to go for a pint, I mean it would’ve been rude not to. Plus it means me and my Welsh friends here have found a place to go watch the six nations matches now!

…and on a side note from everything, its been exactly 3 years today since one of the major earthquakes here in Christchurch – crazy times. 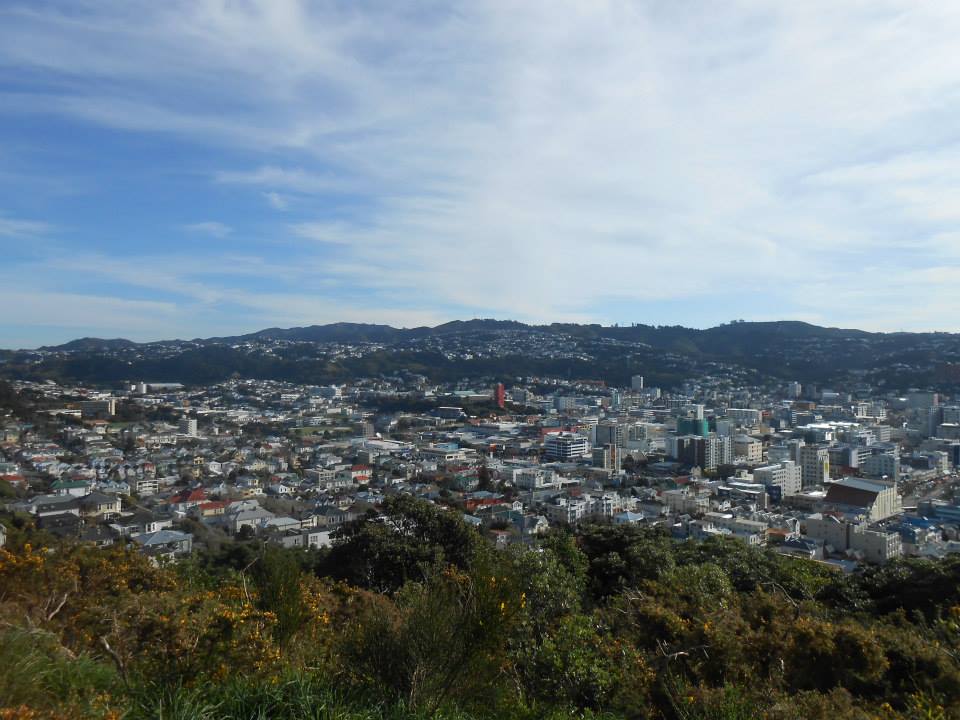 The capital of cool as they like to call it… definitely deserved that drink in the Welsh bar after walking all the way up here.