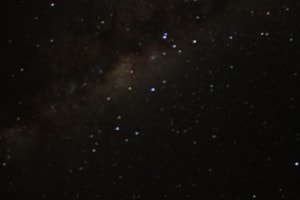 My camera was rubbish at taking pictures of the Milky Way but my friend managed to get a pretty good shot… Doesn’t it just make you want to be an astronaut already?!

I’ve been back in uni a week and I’m already itching to get exploring again. We’re thinking the west coast and some glaciers in a few weekends but for now it’s a case of work, work, work… So, time for one last blog about half term.

For the last week of half term me and a few friends rented another car. A blue one this time – I’d tell you the make and what not but I’m not really into cars so don’t have a clue. Anyway, we headed down south to Lake Tekapo. It’s a small town centred around the lake (I know, everything seems to be a small town here). The lake is HUGE, surrounded by snowy mountains and is insanely blue! All pretty scenic stuff. It’s in a dark sky reserve too so the night sky is AMAZING. I’ve never ever ever seen so many stars so clearly, even saw 11 or 12 shooting stars. Saw the Milky Way and Magellanic Clouds too – pretty impressive stuff. If you don’t know, the Magellanic Clouds are smaller, irregular galaxies thought to orbit the Milky Way. You can only really see them from the southern hemisphere. I’ve even been learning about them in astronomy this week – coincidence or what?! 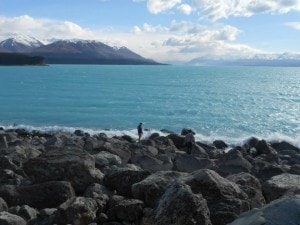 Lake Pukaki – Super blue and pretty big waves too considering its a lake. Can’t quite make out Mount Cook with all that cloud.

Next stop was Lake Pukaki which is another glacial lake. I reckon this one was probably even more impressive and even bluer than Lake Tekapo. One of the bluest lakes I’ve ever seen anyway. It’s so blue, it looks photoshopped in some of the pictures I took! Its surrounded by all the snowy mountains too and if you look straight ahead, you can even see Mount Cook – New Zealand’s highest mountain.

Carrying on from there, we eventually got to Queenstown. It’s a pretty big town for New Zealand and it’s where all the tourists head. First day we didn’t get up to much – bit of shopping, bit of drinking and lot of eating. We went to Fergburger which is meant to be world famous but I’d never heard of it before. If you’re ever in Queenstown, you HAVE TO go… best burgers ever. It even beats Nandos and I really like Nandos. 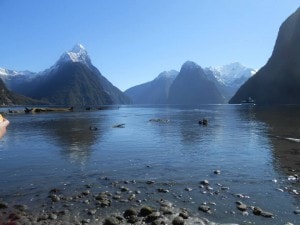 Milford Sound – They even call the few houses and cafe there a town. Beginning to think the word town means something different this side of the equator…

Second day me and my flatmate headed to Milford Sound… it’s a pretty big fjord and one of those places that’s said to be ‘the 8th wonder of the world’. It’s a 4 hour drive through Fiordland National Park, with yet again loads of snowy mountains. The drive was probably one of the best parts of the day – got to see Lake Te Anau (the south island’s largest lake), Mirror Lakes, plus some crazy waterfalls and mountains! We even saw a mini avalanche happen on the way back. Now that was cool stuff! There’s not a lot to do in Milford Sound itself except walk around and take in all the scenery. Oh, we did get to see some Keas though – they’re green and orange, protected parrots and seemed to enjoy having a good look around everyone’s cars!

That night we went on the Queenstown skyline gondola and had dinner up the top. The gondola goes up 450 metres to the top of Bob’s Peak, giving epic views of Queenstown and Lake Wakatipu, which is the mega lake that Queentown surrounds. 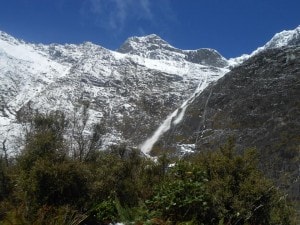 AVALANCHE!  Well kind of, luckily it wasn’t a big one at all… did start screaming at my flatmate to keep driving though, just in case…

On the last day, we all decided we’d try out bungy jumping. I mean if you’re going to do it anywhere, where better than the home of commercial bungy jumping?! It’s the one thing my mum told me to absolutely not do before coming here though, so I figured it was best to tell her after I’d jumped… We did it off the Kawarau bridge, which is 43m high – might not sound like much but you try standing there on a ledge getting ready to go. They weigh you and make sure everything’s safe but its still a SUPER long way down. They count you down from 3 and then you throw yourself off. The free falling bits only a few seconds but its awesome, although I was definitely a bit calmer once I knew the rope was working and was just bouncing. You can’t tell the sky from the river when you jump and well, it just made me really, really need to sneeze! If you ever get the chance to do it, you definitely should. It’s one more thing ticked off my list anyway… need to get thinking of the next crazy thing to do now! 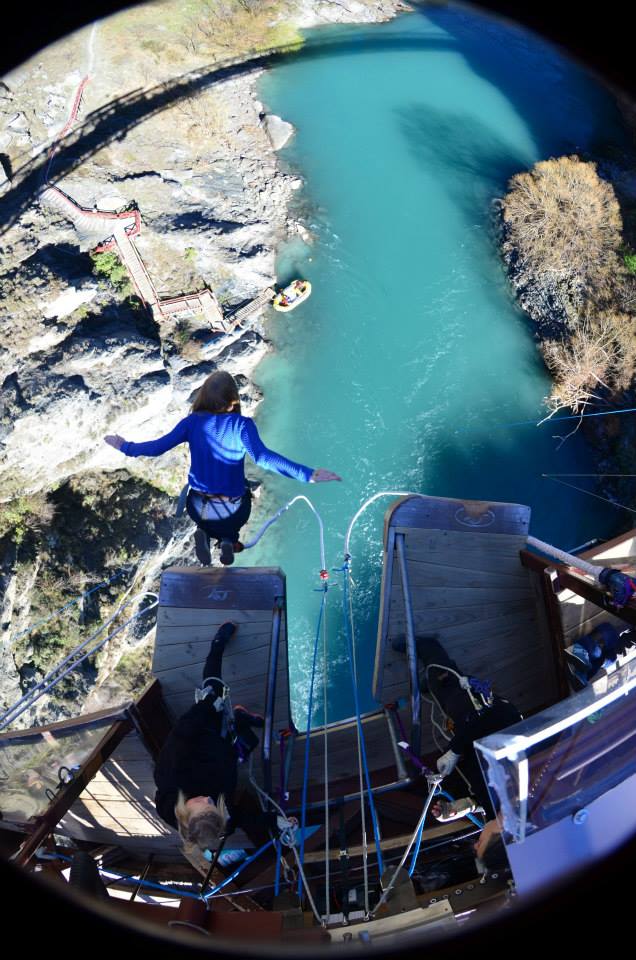 Pretty glad that rope was working…

4 responses to “Bungy jumping, Milford Sound and the Milky Way”