Aarhus, in the middle of our street

Posted by Robbie (Denmark) in Study Abroad on September 25, 2013

On the weekend I visited some of my friends in Aarhus – the second biggest city in Denmark.  I met them through my Erasmus Intensive Language Course in Odense back in August, which I wrote a bit about at the end of this post.  There are two reasons for the Madness pun in the title.  First, Aarhus reminded me in some ways of being back home in Leicester.  Or maybe it was just the sense of hygge I got from being with good company.  The other reason is that my weekend was madness in a good way.  I find that the ‘work hard, play hard’ mentality is the best way to get the most out of the whole university experience.

Aarhus has a similar population size to Leicester – each city has just over 300,000 inhabitants.  My friend gave me a tour of Aarhus University, and I was impressed by how serene and green the surrounding landscape was, considering that it was in the middle of a city.  CBS is green, too, as is the University of Leicester.  In fact, I remember that the abundance of open space, trees and parks in Leicester made it stand out as being a place that I would want to live in.  The debate on city living v country side in relation to Copenhagen will be examined in a future post.

Leicester and Aarhus have a clock tower.  The one in Aarhus is a part of the City Hall, which was built in 1941.  Here’s a picture of it: 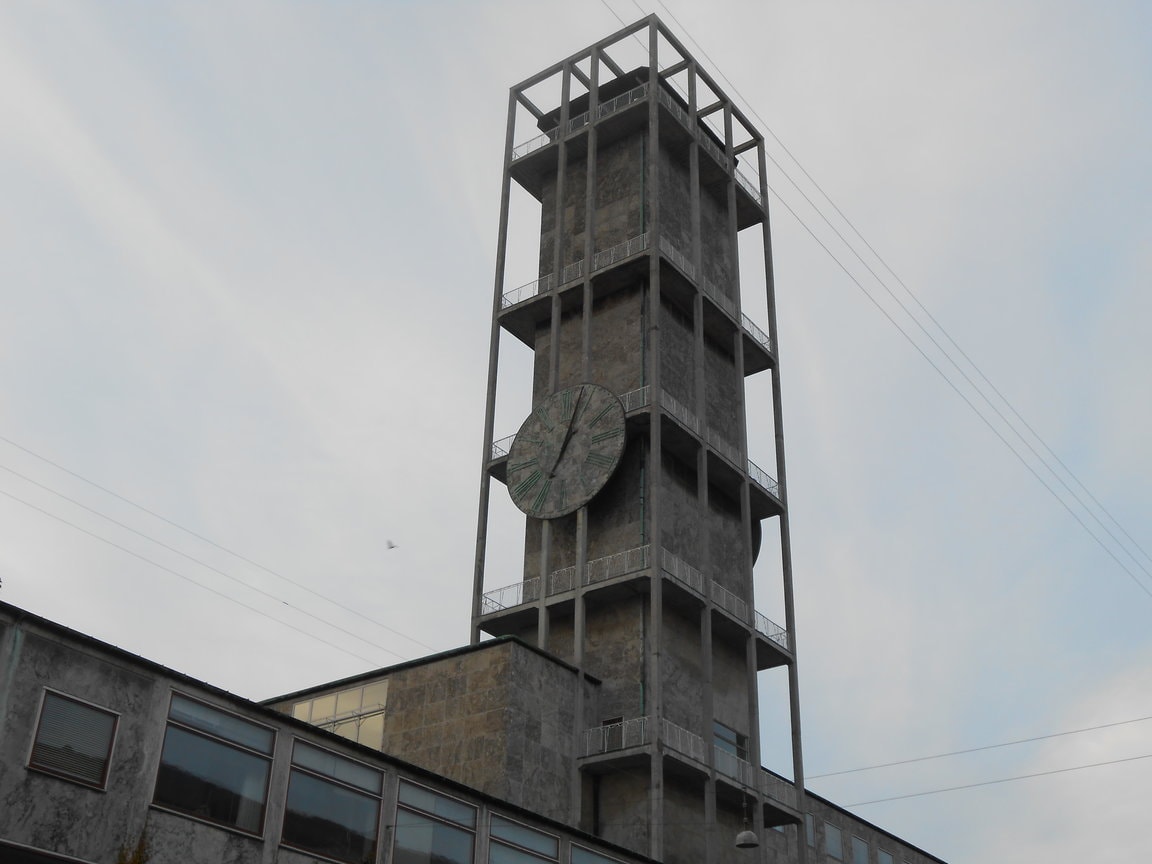 Is this structure a blight on the horizon or a unique expression of architecture?

Some residents of Aarhus might not like the fact that I’m using this building to advertise their city, because it tends to divide opinion.  I like it for the very reason that it stands out – even if it does look like something that was commissioned by Stalin.  Leicester and Aarhus are two cities that share in common the juxtaposition of new and old architecture.  I am fond of this mishmash of different styles.  Each building and monument tells its own story and says something about the local history.

There are a lot of subtle things I liked about Aarhus – like this stone, water fountain hippo outside a restaurant on a street lined with pubs: 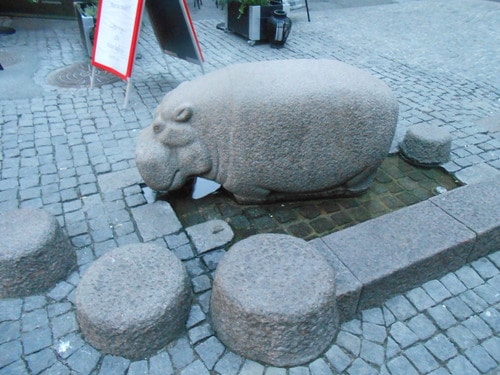 This hippo is enjoying a drink near a restaurant.

Aarhus has a sprawling shopping street.  There are many English and Irish pubs.  In addition, it has an active, all-purpose port.  All of these aspects combined make a pleasant atmosphere.

For the night life, we went to various clubs.  On Saturday night, we went to an Erasmus student party, where we saw live bands play.  Despite the not-so-student-friendly prices for drinks, we still enjoyed ourselves.

Now that I’ve returned to Copenhagen and the week is in full-swing, I’m back to the ‘work hard’ part of the cliché that I mentioned earlier.  I would like to revisit Aarhus at some point to explore some of the sights that I didn’t get a chance to see in the short time that I spent there.