As I’ve mentioned in previous posts, travelling around states, never mind cities, in America is difficult without having access to a car of some sort. Thus whenever a national holiday rolls around (and believe me, there are quite a few) my flatmates and I jump at the chance to rent out a car and make the most of the long weekends. Since we’re putting off crossing state borders until the Christmas break, when Veterans Day landed (the U.S. equivalent of our Remembrance Sunday), we found a cheap rental and headed up and down the Californian coast to visit a few of Southern California’s more touristy destinations.

Venice  is known globally for it’s famous beach, peculiar boardwalk, and of course Italian-esque canals. Though we didn’t get around to actually spotting any of the canals, we traversed the Ocean Front Walk and took in the various stalls, shops and unique street performers, for which the promenade is largely famous for. Known for its eccentricities, the boardwalk hosts Muscle Beach (the internationally recognised outside gym that Arnold Schwarzenegger flew the flag for) alongside snake-charmers, roller-blading heavy-metal guitarists, costumed superheroes: if you can imagine it, you can find it in Venice. The beach itself is beautiful and we were lucky enough to watch the sun set amidst a drum circle, which is evidently a congregation of fun-loving, new-age, West-coast residents making music and having a great time. It’s definitely a scene I won’t forget quickly and largely sums up the laid back atmosphere that permeates Southern Californian life. 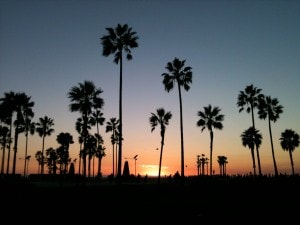 As of yet I can’t really comment on Los Angeles in too much detail, since this was the first time I’ve visited the ‘City of Angels’ and it was a brief visit at that. We did manage to see several of the famous stars along the Hollywood Walk of Fame, which was somewhat surreal having only ever seen images of them on television. We paid a quick visit to the TCL Chinese Theatre (formally known as Grauman’s Chinese Theatre), although were quickly moved on by security as there was some sort of premiére taking place, but that’s L.A. for you I guess. We already have plans to revisit L.A. over Thanksgiving, since there is so much to see of this intriguing city. 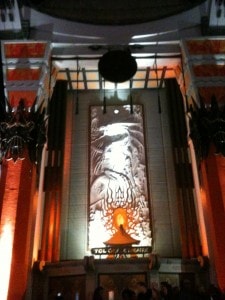 We ended our mini road-trip by stopping off at Santa Monica, a stunning beachside city that is the home to many celebrity figures and the location for several Hollywood films, from Rocky III to Ocean’s Eleven. Since we visited at night, we headed straight down to the pier, attracted like flies to the flashing lights of the ferris wheel and surrounding attractions. Again, another city I have no doubt I will visit again and again, it was nevertheless amazing to take in nighttime atmosphere and be able to experience what makes California such a beautiful state to live in. 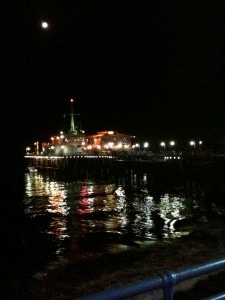 I personally had a great time getting better acquainted with the state I’m calling home for these next few months and look forward to exploring more of it, having only scratched the surface. For now though, I’ll have to make do with these few great cities, if only for the amazing photo opportunities they enabled.