Apologies for the recent silence, I haven’t disappeared off the face off the earth – Promise, but I am back the other side of it. I know you’re all probably wondering why on earth I’d come back here if I’m only in New Zealand for one year… Well, I know I definitely want to go back there after I leave, in fact I’d love to properly move out there if I can but I love home just as much, so why not come back for a few weeks? Plus, Christmas wouldn’t be quite the same without arguing and stuffing my face with my sisters. 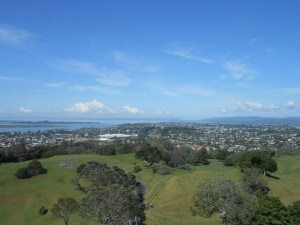 One Tree Hill – Immense 360 degree views and look at that sunny weather. No such luck here in Lancaster this week.

I promised volcanic filled adventures up on the North island in my last blog so here goes… First destination – Auckland. It’s about an hour and half plane journey from Christchurch but its not too expensive, especially if you stuff a week’s worth of clothes into a handbag instead of checked luggage – student style! I went with 4 of the lads and we were pretty unorganised to say the least. No car rented, no place to stay booked, no idea where we were going, just rolling with it but it was one of the best week’s I’ve had down under so far.

Anyway, Auckland’s the biggest and most populated city in the whole of New Zealand, yet it doesn’t even seem THAT busy compared to cities like London. It’s built on top of around 50 volcanoes in the Auckland Volcanic Field so plenty of hills to walk up and down. There’s a few that are particularly worth visiting – Mt Eden which is the tallest (I didn’t get chance to go there this time but at least it gives me a reason to visit again) and One Tree Hill. That one’s pretty cool – you get such a good view of the city and all its surroundings and you can drive all the way to the summit so you don’t even have to get a sweat on walking to the top. BONUS! 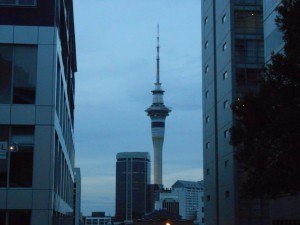 The Sky Tower’s a mental 328m high! Couldn’t help but wonder what would happen if there was a earthquake and you were stood on the top deck…

We didn’t really do much in the day there except a bit of shopping, drinking, eating, the usual but managed to get up the Sky Tower that night. There’s so much to do in there too – a casino (the second ever built in New Zealand), rotating restaurant, bungy jumping and loads of viewing decks. Super impressive! You could see for miles and it looked crazy when the city was all lit up . We almost got locked up on the top viewing deck over night there too but that’s probably one of those stories that’s only funny if you were there…

The one thing I really liked about Auckland was how busy it was at night compared to Christchurch. Walking around the harbour with all the bars and occasional drunk girl throwing up over the railings was probably the first time since Wellington I’ve been impressed with New Zealand’s nightlife or maybe I’m just not looking in the right places in Christchurch? I’ll have to try searching again next semester… Oh and I almost forgot, we went to two karaoke bars there. One Chinese and one Korean. I was expecting a typical British karaoke with loads of drunken people slurring but no. You go into your own room and its just you and your friends. My Chinese friends were loving it, me and my other British friend needed a bit more persuading and a few drinks before they had us singing Dolly Parton and Avril Lavigne… safe to say I don’t think either of them would have been impressed with our version of their songs! 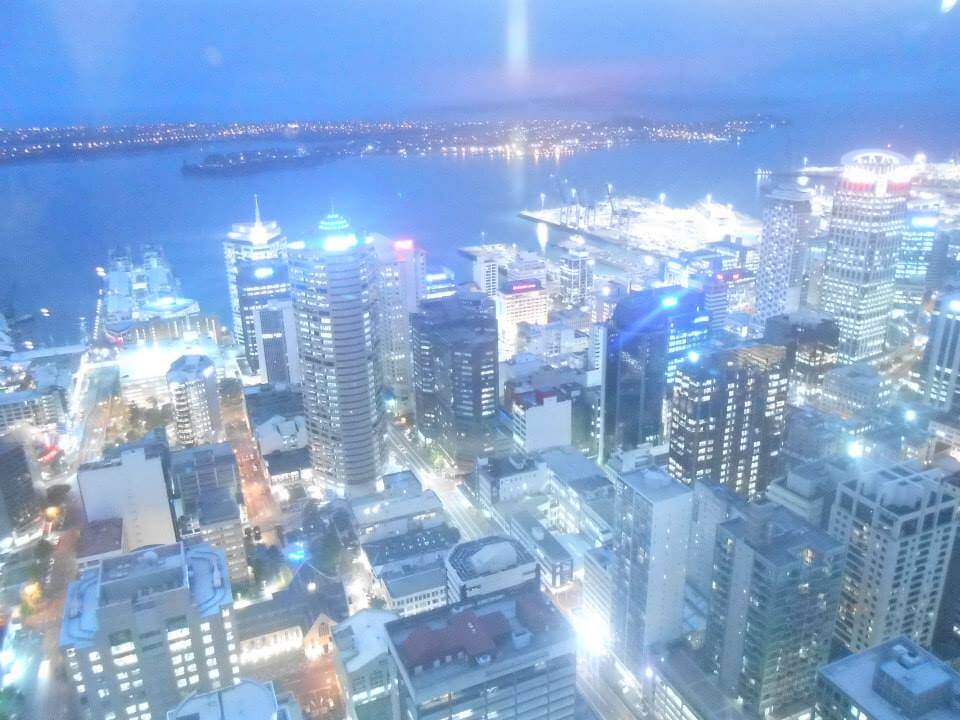 Super pretty and you can even make out Devonport across the harbour. Wouldn’t advise looking down if you’re scared of heights though. The car’s even looks like ants up here!