To Mount Doom and beyond 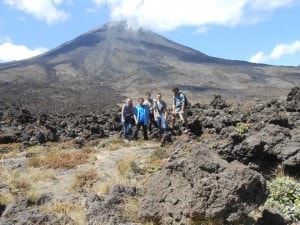 TEAM PHOTO! This was the first glimpse we got of Mount Doom. 2km down, 8km to the base, 2km up to the crater… and then all the way back again!

You got it – another blog about volcanoes. I mean, I might not be called Frodo and I definitely don’t have the one ring but I can now say I’ve climbed to the very top of Mount Doom or Mount Ngauruhoe as it’s officially known. Mount Doom’s the volcano from Lord of the Rings, if you’ve no idea what I’m going on about. I’ll be honest 8 months ago I wouldn’t have had the faintest idea if someone would’ve mentioned Mount Doom to me. I’ve only ever watched all the films once and that’s only because I kept getting told I couldn’t not watch them if I was going to live in NZ!

Anyway, Mount Doom is located inside the Tongariro national park, along the Tongariro Alpine Crossing. It’s so beautiful up there and it’s not just Mount Ngauruhoe you can see. There’s 2 other volcanoes as well – Tongariro and snow covered Ruapehu. The park’s still active and there’s loads of known eruptions. The last major activity there was back in August 2012, when an eruption occurred on the northern flanks of Tangariro at Te Maari Crater. There’s warning signs everywhere pointing out the paths of potential pyroclastic flows and parts of Tongariro are still closed to the general public. It might just be the geologist in me, but seeing loads of warning signs definitely made the walk a million and one times more exciting than it already was and I’d be lying if I said part of me wasn’t hoping to see at least a little eruption! Thankfully though there wasn’t and we made it back to the car park in one piece.

I thought pictures could probably explain the hike up to the crater much better than any words. So here’s a few pictures of my last day or so up north. Next blog, I’ll talk about my mini Australian adventure but until then… 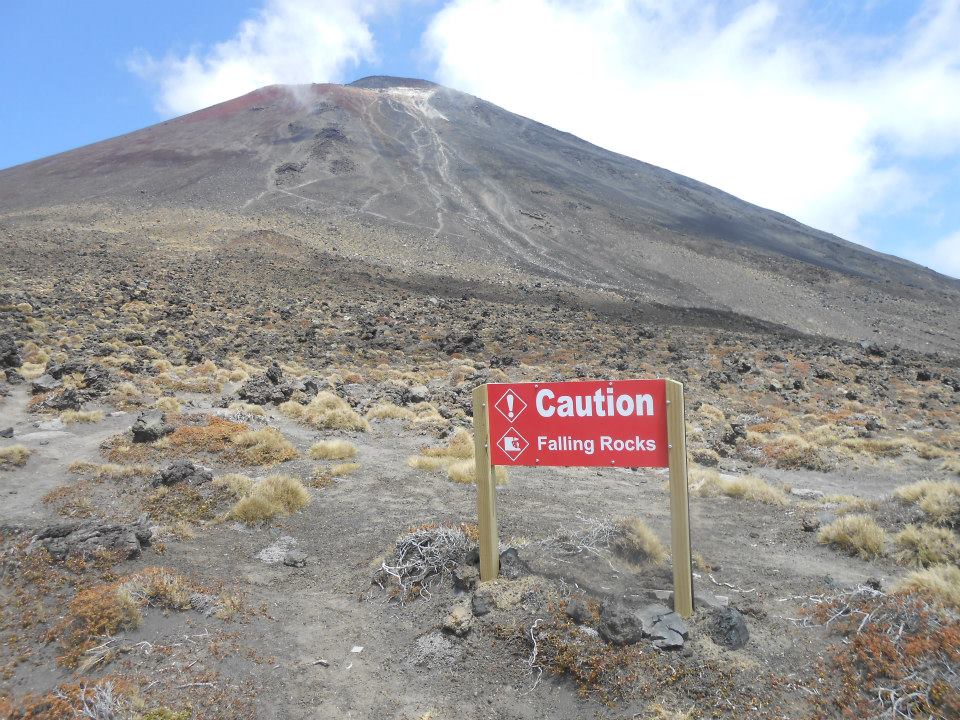 Several cakes and a good few hours later, we finally reached the base. If you look really closely, in the redder area on the volcano, you might just be able to make out some of the hot gases (although the cloud is a bit in the way and merges with it – promise there was some gas and steam seeping out though). 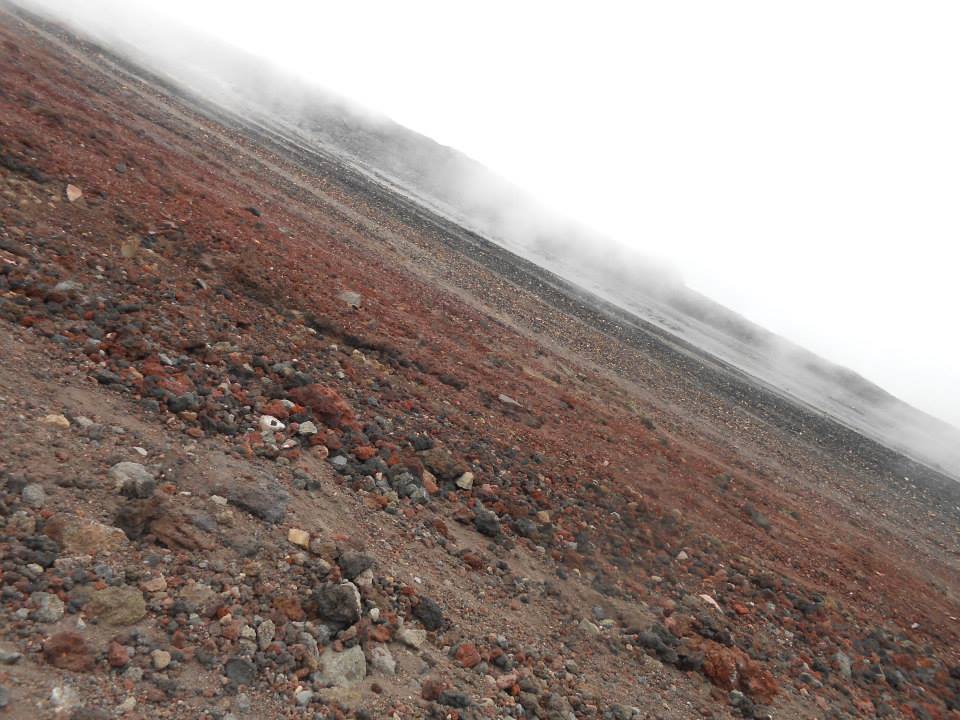 Loose rocks and INSANELY steep – pretty tricky stuff to walk up. In fact it was probably more of a crawl up. It was almost impossible to walk down too, so we just strapped our bags on tight and ran for it. Guess you could say it was almost scree running down the side of a volcano. Either way it was SOOO much fun… my mum might have killed me if she could’ve seen though. 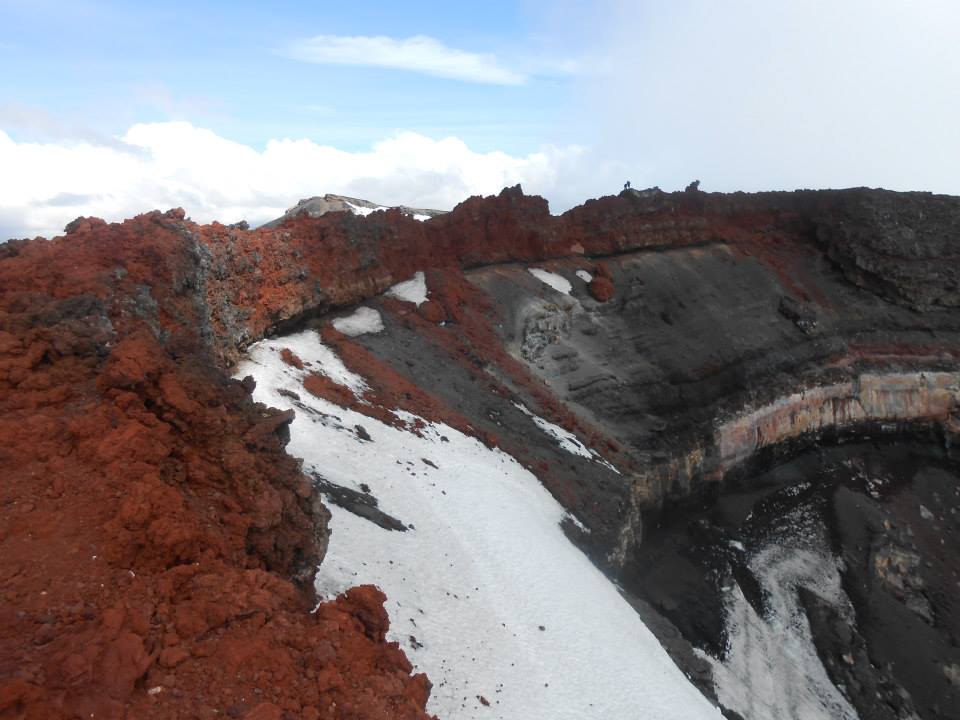 Probably my favourite picture from the north island – the crater rim. The 5 hour walk all the way from the car park was definitely worth it to see this and how red/orange do the rocks look? My bag was definitely a hundred times heavier going down with all the rocks I picked up… managed to lose a few though when I dropped my bag and it went racing down the volcano in front of me – oops! 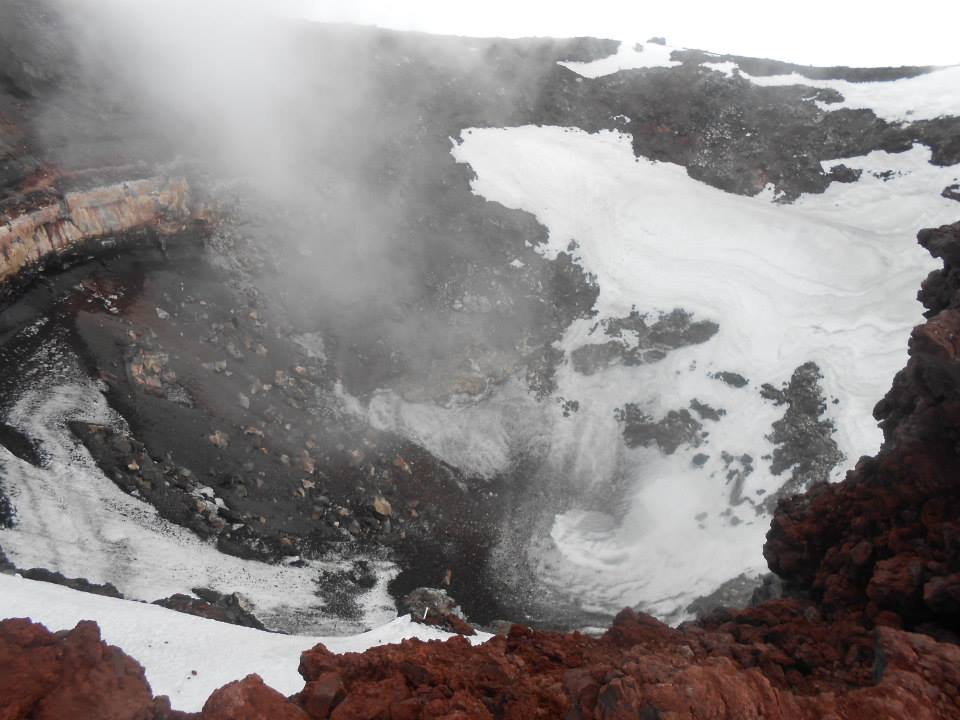 This is the view inside – epic or what? It was pretty mental that you could stand in snow, with your feet freezing and yet at the same time your face could feel like it was going to completely melt with the hot gases seeping out from by certain rocks. 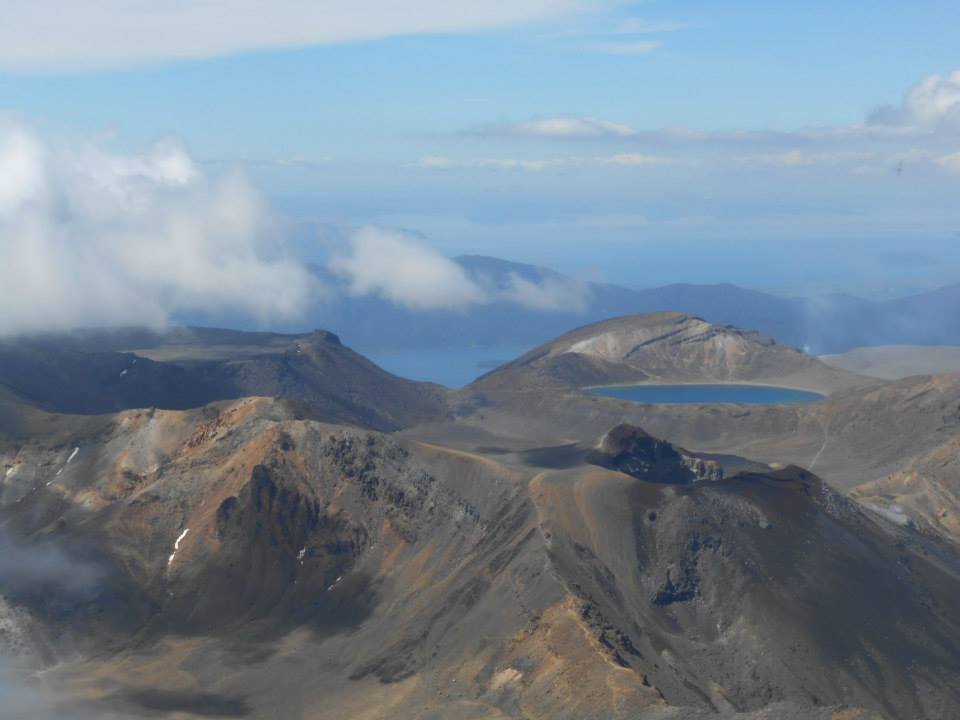 …and if you get bored of the hot gases and crater, all you have to do is turn around and you can see the rest of Tongariro national park. The lake in the picture is known as Blue Lake (for obvious reasons) and just behind that you can see Lake Taupo (NZ’s biggest), which lies in the caldera of Taupo volcano. Can definitely see why they picked NZ as the film set of Lord of the Rings, can’t you?