A little bit of local history

I was walking to my friend’s house yesterday to give a presentation when I found this on the pavement: 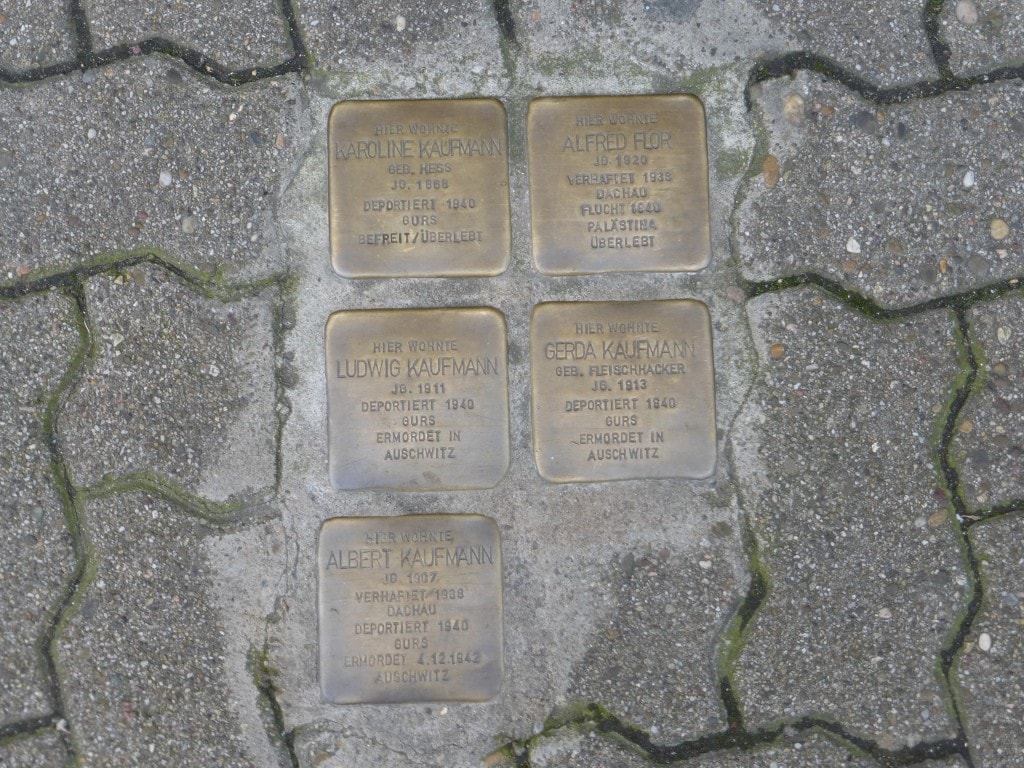 It really shocked me, because I think it can be easy to forget what happened and then all of a sudden BAM, it hits you. (It’s a monument to some Jewish people who were deported to concentration camps if you can’t see). At home there are so many war monuments around that I sort of become immune to them, however awful that might be of me to admit. Here in Heidelberg it’s a bit different, because there are hints everywhere. The other day I was on my way to get a Starbucks and I stumbled across a ruined synagogue, for instance. Anyway, I thought it would be a good idea to have a quick look into what happened in Heidelberg during the war, and then I thought I’d find things out about Leicester too. I realised that because Leicester isn’t my home town, I don’t actually know that much about it. So here’s some of the things I found out:

So, during the Nazi regime (1933-1945) Heidelberg was a stronghold of the Nazi party, or the National Socialist German Workers Party to give it the full title. Heidelberg is a University town (Heidelberg is the oldest University in Germany, it was founded in 1386) and by 1939 one third of the university lecturers had been forced to leave because of racial and political reasons. Between 1934 and 1935 the State labour service and Heidelberg university students built a huge amphitheatre, called a Thingstätte, which was used for Nazi events. I’ve been to visit it and it’s a really impressive structure, and what is nice about it is that now there are fireworks events there sometimes and people can come and enjoy themselves, which is a nice ending to such a sombre creation in my opinion. 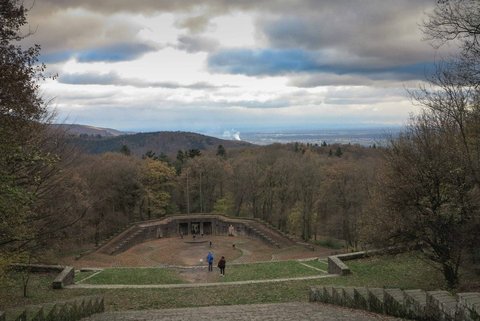 During the Kristallnacht of 1938 two synagogues were burnt down. Many Jews were deported from the day after that incident, and there was a big deportation in 1940 where almost 300 Jews from Heidelberg were deported.

On 29th March the German army left Heidelberg after destroying 3 arches of Heidelberg’s old bridge, which is one of Heidelberg’s main tourism sights. The U.S army entered the city the day after and the city surrendered without any resistance. The city escaped bombing during the war, which some historians think might be because the U.S. wanted to use it as a site for an army barracks.

Leicester was thought of as a place of safety during the war, which I found really interesting. Around 30,000 people were evacuated to Leicester during just the first few weeks, and most of them stayed there for the duration of the war. Later on in the war, German and Italian prisoners also lived there.

Leicester was a centre for the textile industry, and they provided a lot of clothing for the army. One factory produced at least 26 million items for this purpose, including 17.5 million pairs of socks. In the whole of Leicestershire, 12 airfields were built during the war, which played a big role in the Battle of the Skies. An airforce unit from America was stationed in the county in 1940.

Between June of 1940 and March 1945, Leicester had 192 air raid alerts, the longest of which lasted over 10 hours. Leicester did escape major bombing throughout the war, apart from one main event. In November 1942 there was an 8 hour air raid, during which time over 150 bombs were dropped. The railway station was targeted and an incendiary bomb landed on the Town Hall but failed to explode. The Church of the Holy Cross on New Walk was the first main building to be hit, and many factories and warehouses were also targeted. The Highfields/Evington area was badly damaged. In all 102 people were killed and 203  people were injured.

So there’s some local history for you, I hope you found it interesting. I just feel so lucky that despite these horrific events being in our not too distant history, things have progressed so much and the world managed to work through all that happened, and now I get to spend a year abroad in Germany. Anyway, I’ll finish this before I start getting all philosophical! I’ll be back soon.