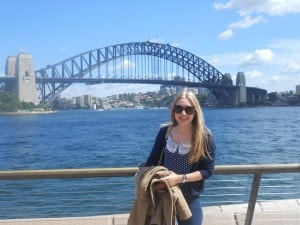 Sydney Harbour Bridge – finally made it after years of seeing it on TV!

A few weeks ago I found myself in Sydney airport. What to do for 9 hours until my next flight? Well, there was only one real option – go on a mad dash to the city centre and see as much as I can before my next flight. After all who wants to be sat in an airport, bored out of their mind because their laptop, phone AND iPod have all died. Plus it’s SYDNEY! SYDNEY! SYDNEY! It’s the one city in the whole wide world that I’ve always wanted to visit, so that was that…

…Off on the airport link train to the CBD. Weird how in both NZ and Australia they seem to say CBD, not city centre like we do back home. All the sign posts, maps and everything all point to ‘blahblahblah CBD’. I was super impressed by the airport train. It was a bit like the underground in London, except it was a double decker. I was probably more impressed by it than I should have been. Didn’t manage to get a picture though – sad times. 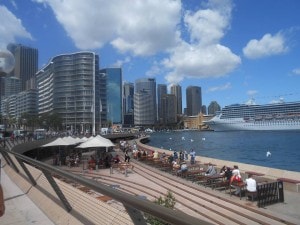 Another pretty city and a load of cruise ships docking. Spoke to some lovely crew members off a ferry that do a tours around the harbour too, so that’s another thing on the list for next time.

The first (and only) stop I made was Circular Quay station. From here I was able to walk to both the Opera House and Harbour Bridge. Didn’t get chance to walk over the Harbour Bridge but that’s definitely a good enough excuse to go back at Easter and have a proper look around.

I did manage to check out the Opera House though. It’s much bigger than I expected it to be and I always thought it was closer to the Harbour Bridge than it is. The entire area around it is pretty picture perfect too and there was an epic view looking back over the rest of the city from there.

I even got to see some Aborigines playing the didgeridoo and some other instruments (not entirely sure what they were though).  Sitting there listening to them, eating a chicken pie, in the sun, Sydney Opera House behind me and the Harbour Bridge in front was bliss! Probably one of the best days of my summer holidays so far …and who knew that the Aussies and Kiwis were so mad about pies. I thought it was meant to be northerners up in the UK crazy about them but chicken pies, steak pies, steak and cheese pies, turkey pies, you name and they probably put it in a pie down under! 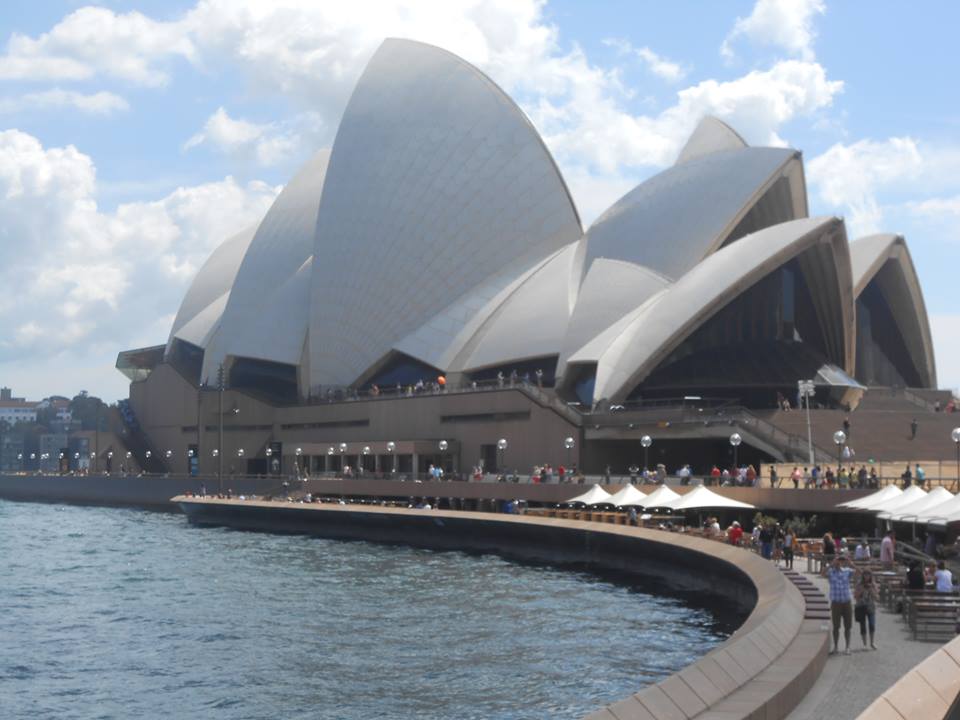 Sydney Opera House – so much glass, so many triangular shapes and enough tourists to sink a ship.