Early on, last semester, I became a Youth Goodwill Ambassador for Denmark.  In this article, I’ll write a bit about what this rather fancy-sounding role involves and what I’ve been getting up to.

The point of the Youth Goodwill Ambassadors for Denmark is to advocate student exchange, intercultural knowledge and career opportunities.  A main aim of mine as an Ambassador is to promote Denmark to prospective students in the UK and to share my personal experience of life in Denmark.

Last weekend, I went to Aarhus – the second biggest city in Denmark.  I have been there before, but this time, I went to attend a YGA conference with my peers.  The conference was held in the ARoS Art Museum.  ‘Aros’ is the old Danish world for Aarhus.  The ‘ARS’ is capitalised, not to signify a rude word, rather, it means ‘Art’ in Latin.

This is a beautiful museum.  There is a circular skywalk with glass walls that are tinted with the whole spectrum of colours.  It is therefore called ‘Your rainbow panorama’.  Here we are on the roof: 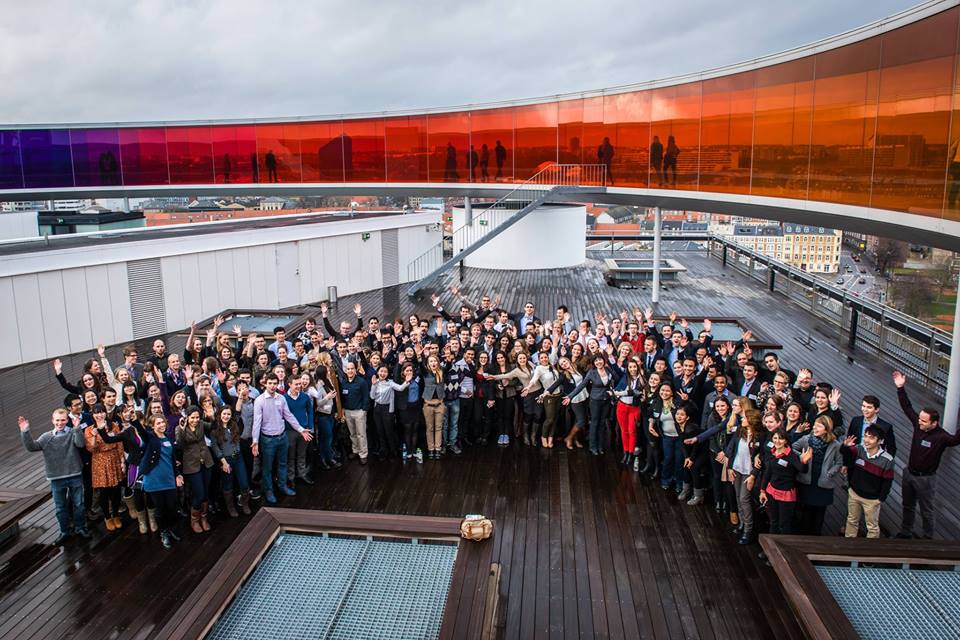 I’m on the far left.

The museum includes The 9 Spaces, which represents Dante’s The Divine Comedy and the 9 circles of hell.  The basement is dark and creepy, and Your rainbow panorama on the roof represents heaven.

One of my favourite pieces of artwork was ‘Boy’ by Ron Mueck.  He is a hyper realistic, giant boy with haunted eyes and an adult expression: 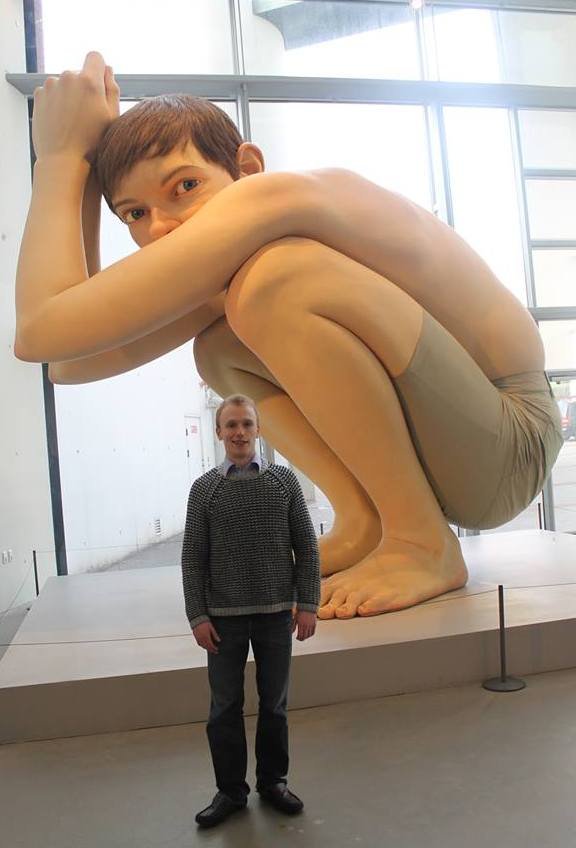 In the conference, we had a number of influential speakers, such as the Mayor of Aarhus – Jacob Bundsgaard, the Prorector for Education at Copenhagen University – Lykke Friis, and the Curator at ARoS – Maria Kappel Blegvad to name a few.

On Sunday, we had a couple of workshops.  The first workshop was on networking and social media.  The second speaker talked about Danish work culture and happiness.  It focused on the notion of Arbejdsglaede, or work happiness.  The two keys to happiness, according to Alexander Kjerulf, are results and relations.  These were useful and thought-provoking presentations.

For the last event of the evening, we saw a football match.  It was Aarhus football club, AGF vs F.C. Copenhagen.  In the first half, it looked as though there might be no goals.  But it heated up in the second half, where F.C. Copenhagen scored the first goal.  AGF scraped an equaliser in the last minutes of the match.

In the future, I’ll write more about my role as a Youth Goodwill Ambassador for Denmark.  Aarhus is known as The City of Smiles.  The city has a great spirit, and it had me smiling all weekend.