Hey! So, last time we spoke I had got back from a trip and had said goodbye to a few friends, and I was pretty nervous about how things were going to turn out. Well I’m still alive, so things can’t be going too badly! I have a few things to catch you up on so I’ll try and do that over the next few days- I know I’ve used work as an excuse a lot recently but I’ve not had to work this hard since A levels! I had a deadline today where I handed in 4 essays which came up to SIXTY PAGES of work, so I don’t feel like I’ve been exaggerating too much. But I only have one more to go now, so things are looking up.

Anyway, one thing I did do to distract myself from work and friends leaving was travel to Dusseldorf with my friend to see the carnival there. Pouneh had also described her experiences here, so I’ll just briefly explain what it’s all about: Karneval is actually a tradition that comes from Catholicism and traditionally it was a celebration when servants could be masters for a day. On the Monday before Lent starts, German speaking countries celebrate ‘Rose Monday’. It’s like Mardi Gras, which happens the day after, if you know more about that, and it’s a huge celebration with lots of fancy dress and parades and drinking- I’d never seen anything like it. I actually found out everything about the carnival AFTER I’d been to Dusseldorf, so I had no idea what I’d let myself in for when I went. In the Rhineland area the three main cities that have a parade are Cologne, the most well known, Dusseldorf, and Mainz. There’s a rivalry between Dusseldorf and Cologne which extends to the carnival, so that whereas in Dusseldorf people shout “Helau” to get sweets from the floats, if you shout that in Cologne people won’t be impressed, and you have to say “Alaaf” apparently.

So me and my friend turned up at the coach, only to find that practically everyone else was dressed up, and I mean fully dressed up, not just a pair of rabbit ears like you can get away with at Halloween at home. I get a bit self conscious dressing up so I’m sort of glad I didn’t know I was meant to, otherwise I’d have felt the pressure. I had wondered why all the big department stores had been selling adult pirate costumes for weeks, but I  put it down to just “another of those German things I will never understand”. It all became clear as the bus rolled into Dusseldorf and there were whole families dressed as dinosaurs and ladybirds and old people fully kitted out- it was great.

We were deposited in Dusseldorf and told to entertain ourselves for a few hours. At first it all seemed very odd, everyone was dressed up and pretty drunk by lunch time, and there we could neither hear nor see any sign of a carnival. At one point we thought something was happening… it was just a police car doing the rounds. But eventually the actual carnival parade got to us, and it was a very surreal experience! The children were very aggressive, jostling around to get the prime position as the people on the floats threw sweets into the crowd- sometimes quite violently!- and the children had baskets and massive bags in preparation for this. Whilst some of the floats were funny or just advertising things, others took on more of a political stance. Obama was a target of a float, as was Putin. The atmosphere was great, being bombarded by sweets was not so much, but it was really great to go to. I haven’t been to anything that comes close to comparing at home, so it’s nice to see something which is such a big part of traditional Catholic German culture. I’m going to attach some photos so you can get a bit of an idea of what it was like. 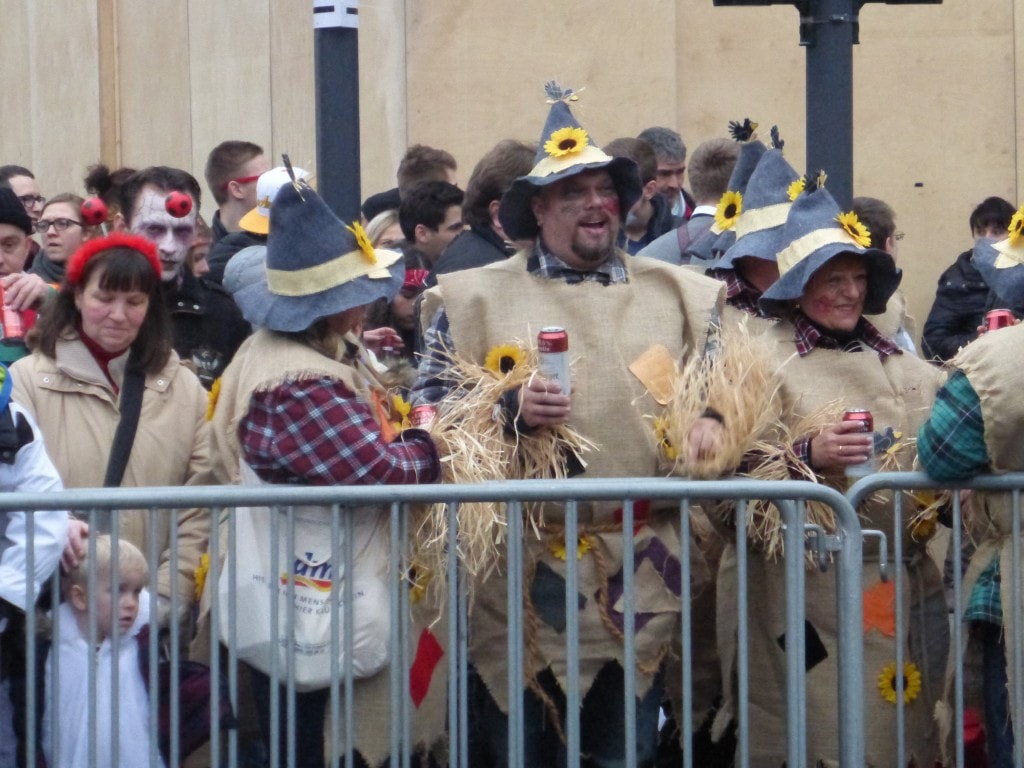 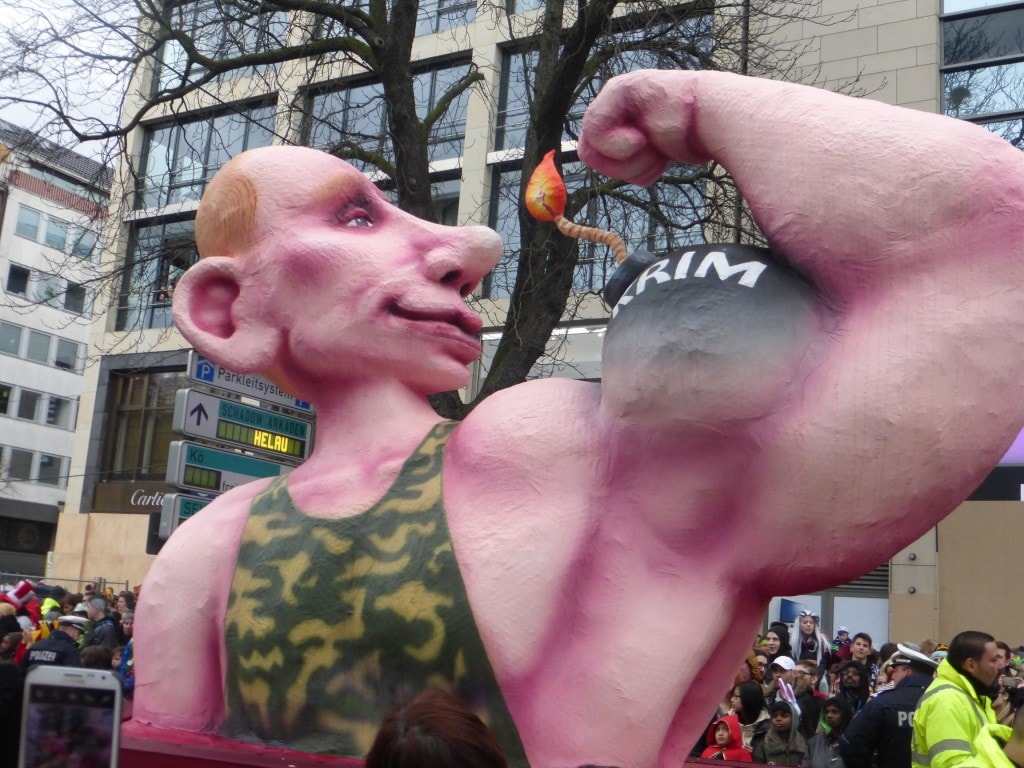 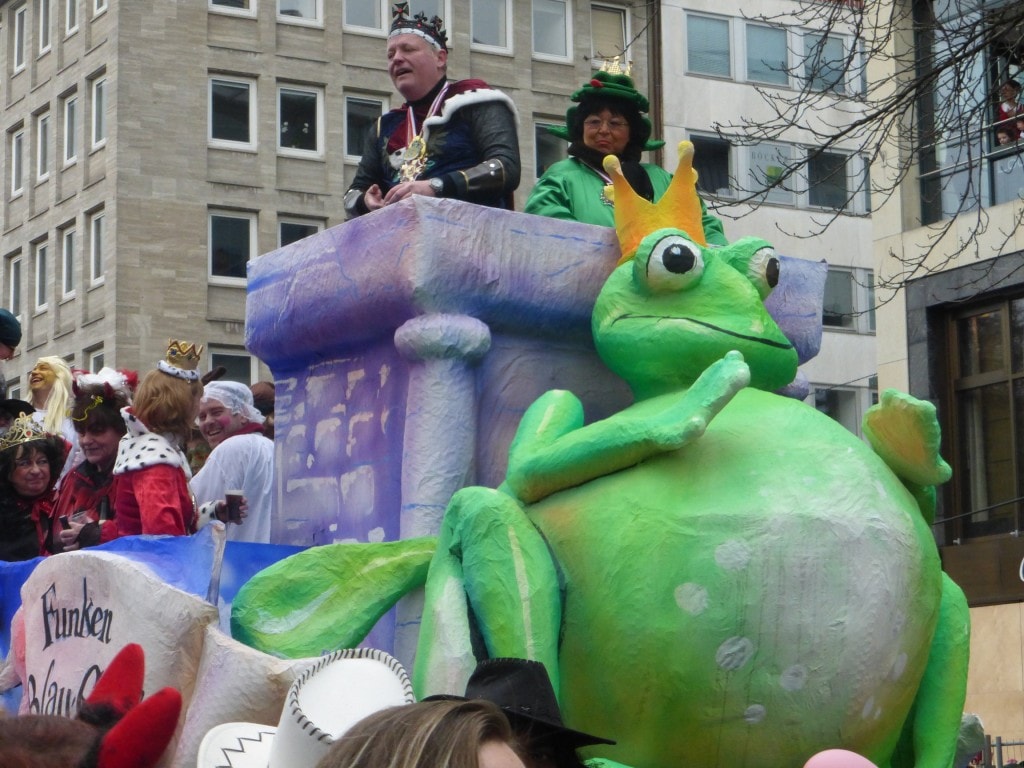 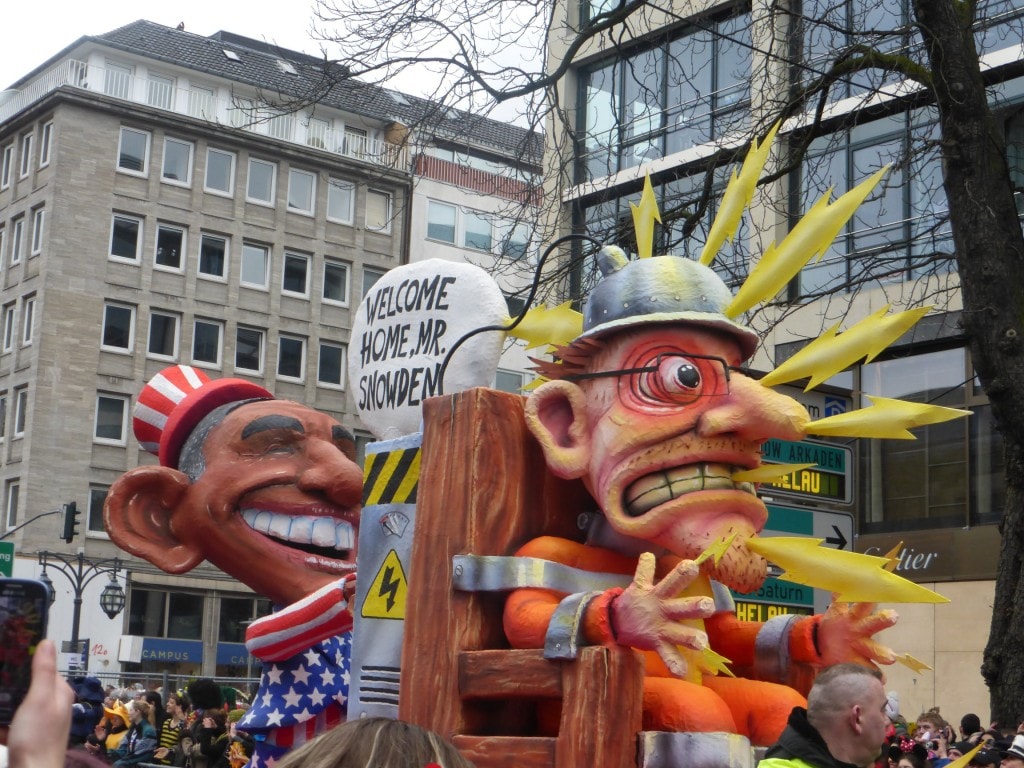 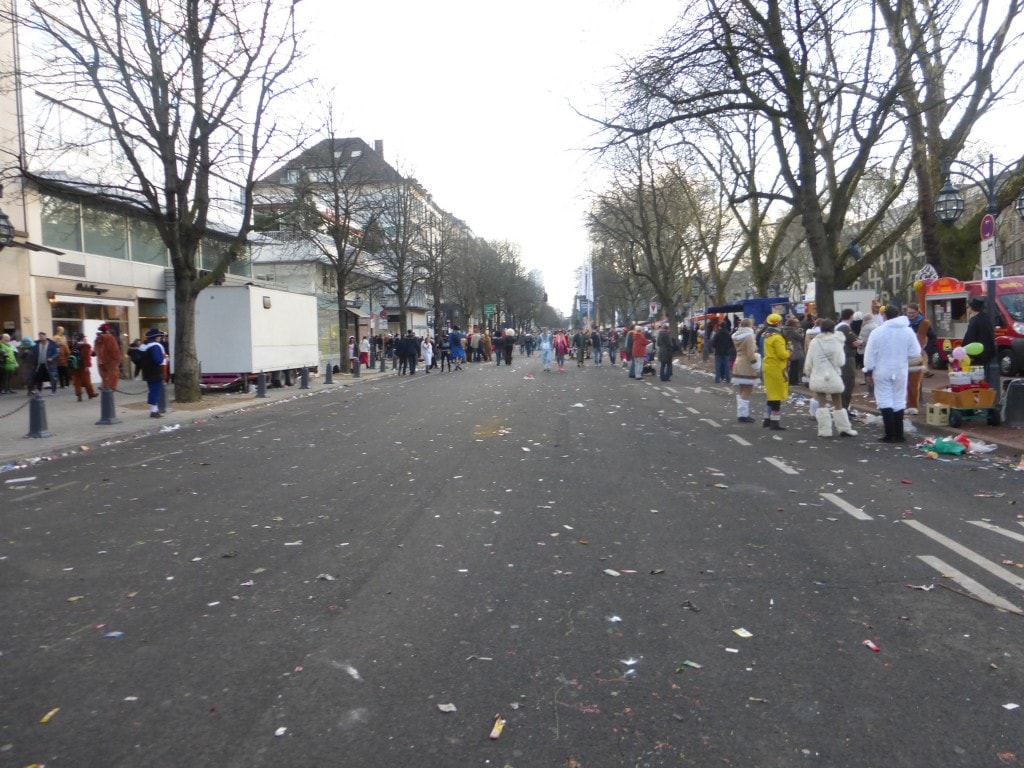 One response to “Celebrations in Dusseldorf”