Recently, I visited the Carlsberg Brewery Museum with some friends.  In one of my courses last semester, I examined the development of Danish capitalism, and I chose to use Carlsberg to reflect this.  So it was interesting to go to this historical place – not only from an academic point of view, but also through a beer enthusiast’s goggles.

JC Jacobsen founded Carlsberg in 1847.  He was a man of science, and he wanted to create the most chemically pure, tasty beer around.  He made frequent trips to Bavaria to investigate the cold brewing technique.  This method made the lager clearer and more stable in terms of quality than the dark beer that was common in Denmark at the time.  In a way, he was like Walter White – the main protagonist in Breaking Bad.  JC Jacobsen wasn’t a murderous meth cook, but he did bring a product to the market that was purer than any alternatives through a profound respect for science.

Here is the Elephant Gate, which is the entrance to the brewery: 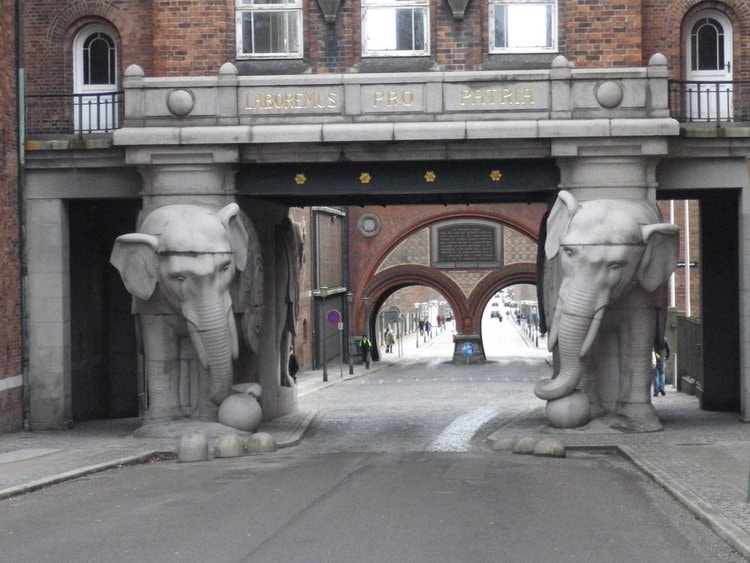 The granite elephants have a swastika engraved on their sides.  However, this has nothing to do with the Nazis.  The symbol originated in India almost 3000 years BC, and it was meant to represent happiness.  In 1881, Carl Jacobsen – JC Jacobsen’s son, and the name upon which Carlsberg is based – adopted it as a trademark for his Ny Carlsberg brewery.  Carlsberg’s use of this symbol was discontinued when the Nazis came to power and corrupted its meaning.

On a related note, Denmark has a great track record for saving their Jews during World War II by sending them off to Sweden.  This is another reason why I was irked in my last post about the Copenhagen Zoo Controversy, when people took the killing of a giraffe so far out of proportion that one editorial likened it to Nazi Germany.   And this was only one relatively tame example of what I consider to be a grave lack of insight.

Back on topic, here I am with the world’s largest unopened bottle collection: 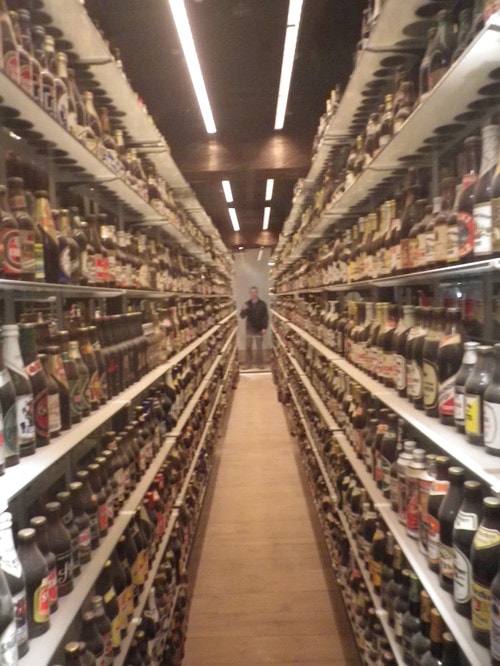 There were aisles and aisles of shelves stocked with all different types of beer.  It reminded me of this scene from the Matrix, but instead of asking for ‘guns’, Neo would have asked for ‘Beers. Lots of beers’. 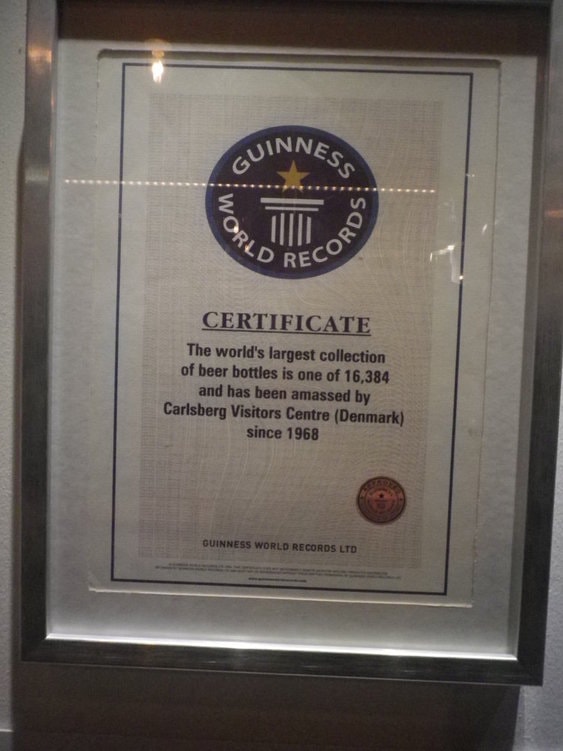 A nearby blackboard stated that the bottle exhibition now contains 16,818 bottles, and the total collection consists of 22,206 beer bottles.

The brewery was an educational experience.  It contained a history of beer from the Vikings to present day.  The Vikings drank vast quantities of beer and mead, which is made from honey.  They drank beer every day.  According to Norse Mythology, they would even drink after death in Valhalla.  The museum showed the brewing processes and how they were refined over time.  And there was the chance to drink some beer, too.

As I mentioned above, Carl Jacobsen’s motto in Latin means ‘Let us work for our country’.  It’s clear that he and his family lived by this principle.  He commissioned a number of sculptures, which can be enjoyed by the public.  One such example is The Little Mermaid – Denmark’s most iconic sculpture: 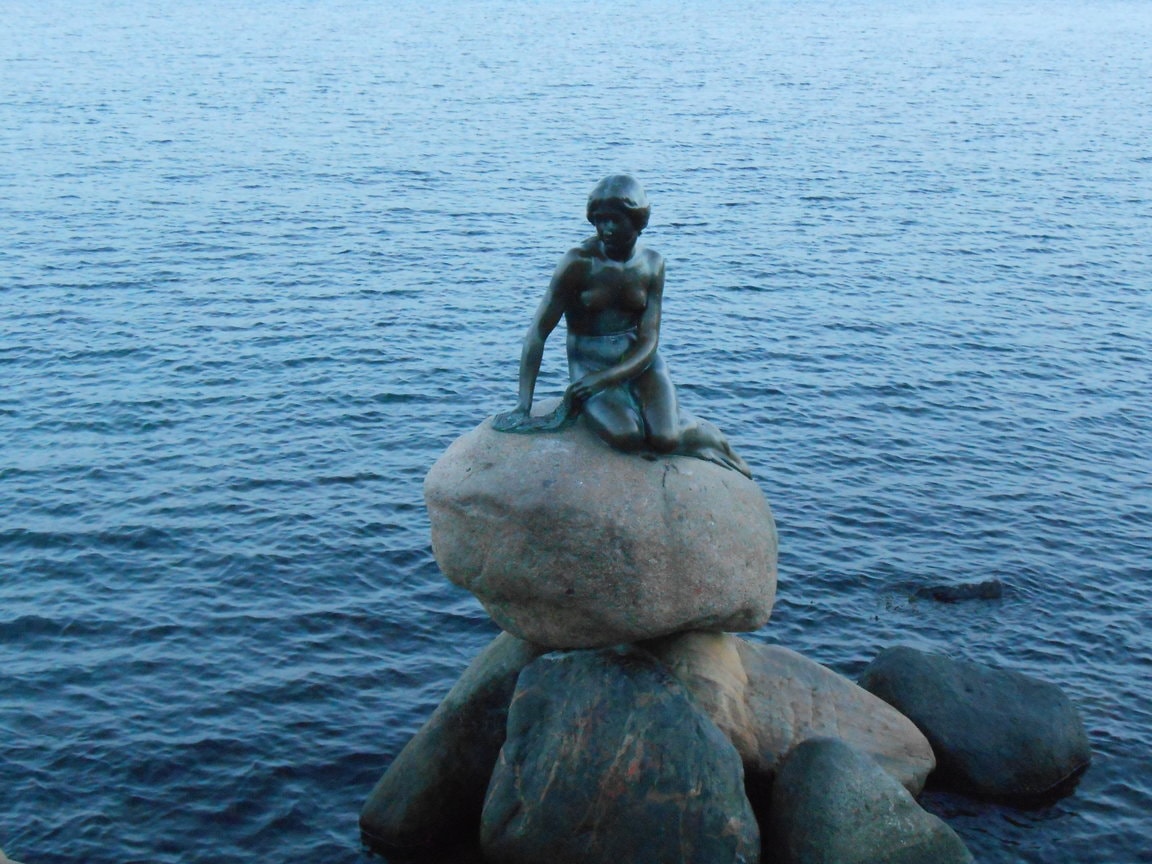 The Little Mermaid was commissioned in 1909 by Carl Jacobsen.

In my next article, I intend to write about happiness in Denmark.   Maybe beer is one of the ingredients.