Last night I made a grave mistake. I left my window slightly open and woke up with 13 new mosquito bites, including 3 on my face.

Perhaps you may have read my earlier blog explaining that I am a particularly attractive individual to mosquitoes. Whilst we may have been given a quick taste of summer, with a few hot days where everyone was out in shorts and summer dresses no one had anticipated what would follow.

Hong Kong has just experienced its worst weather in 200 years and whilst this should not excite me, I can’t help but feel rather lucky to be here to experience it. Coming from England, I am used to thunderstorms and heavy rain so to finally get such ‘extreme’ weather here was a novelty.

‘Black rain’ warnings were issued (which is the most severe warning level) and we simply did not understand why; after all it was only rain and lightning!

However, social media was flooded with reports on what was deemed ‘freak weather.’ Whilst Hong Kong Island had only experienced extreme torrential downpour, Kowloon and New Territories, North from across the harbour, had been experiencing acute weather difficulties. Not only had the streets turned into literal swimming pools with the water reaching waist level, train stations had been flooded, hailstones the size of eggs had battered Hong Kong knocking container ports on to passing vehicles and various sea creatures had been washed ashore, including whales, demonstrating the might of the storm. Due to some die hard shopping habits or because of how quickly the storm progressed, many local Hong Kongers were still in the stores when the water began to build up in flooded and even demolished shopping malls. There were also numerous lightning forks with over 3,000 happening within the space of an hour, and over 8,000 occurring in total, according to the Hong Kong Observatory. All forms of transport were impacted with planes, trains, buses and cars stranded or delayed as the streets filled with water.

Meanwhile, my problems revolved around dark skies and getting drenched on the way to nearby shops, this weather was critical and was definitely something freaking out about, hence the title of this blog. 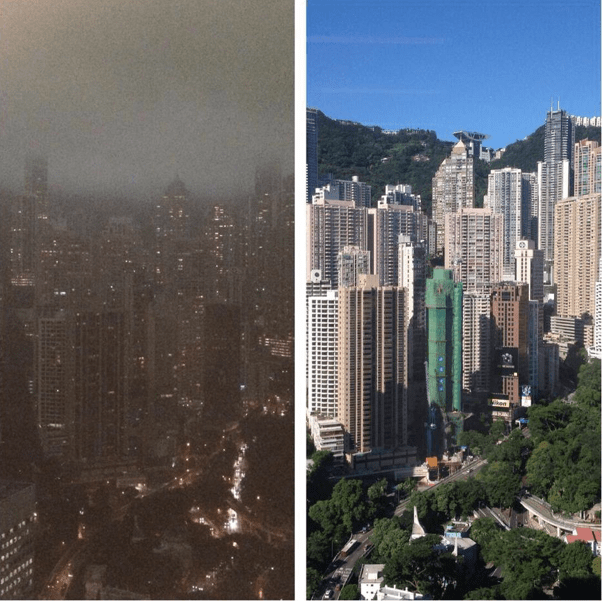 The weather a few days ago and the weather yesterday 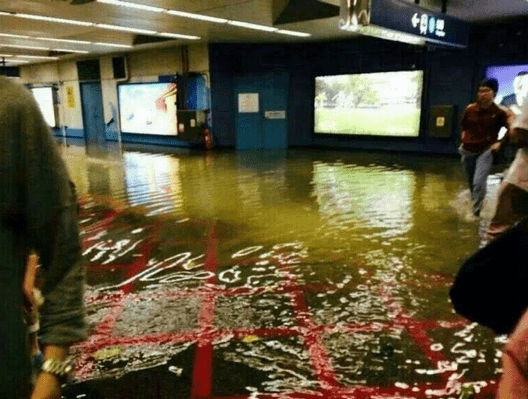 Flooded train station in nearby Kowloon 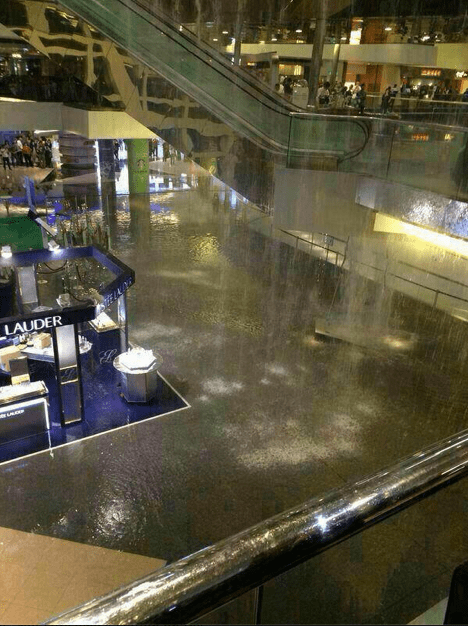 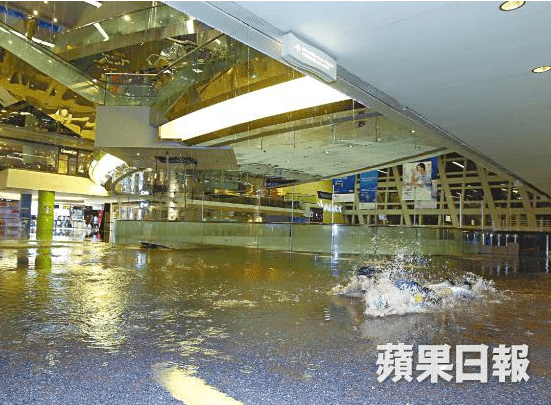 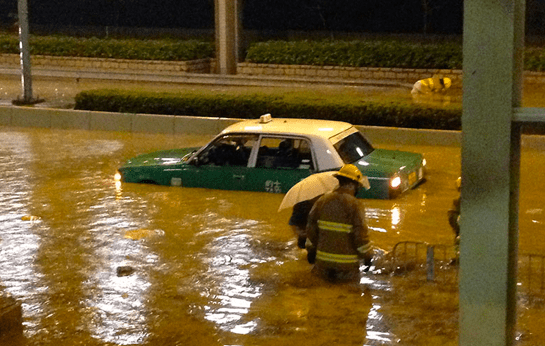 So we will not be using taxis for a while 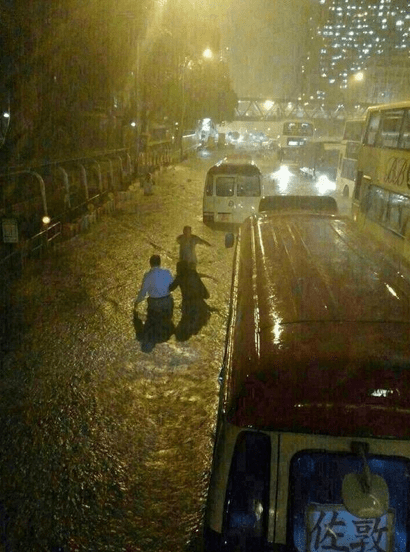 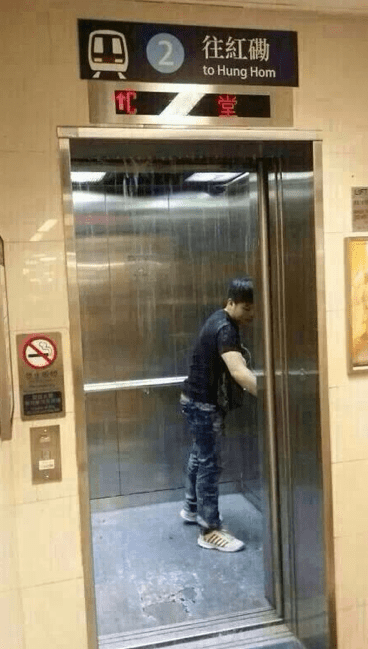 I don’t think this young man has the right idea. 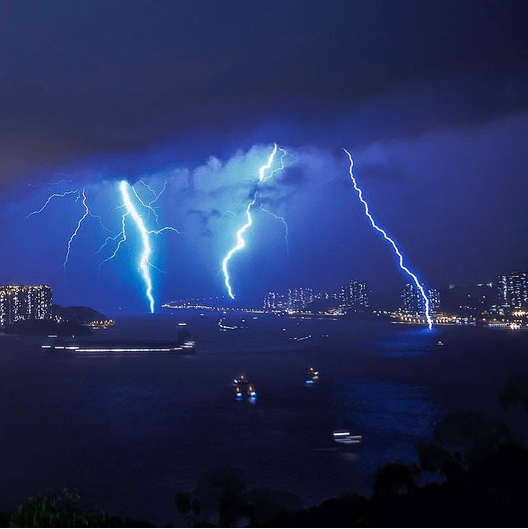 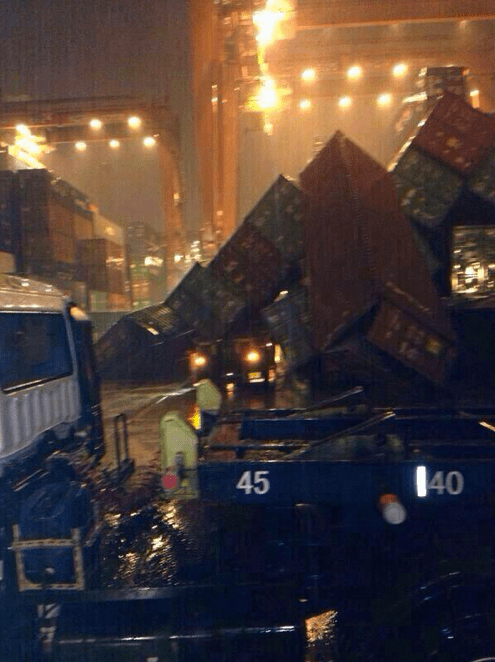 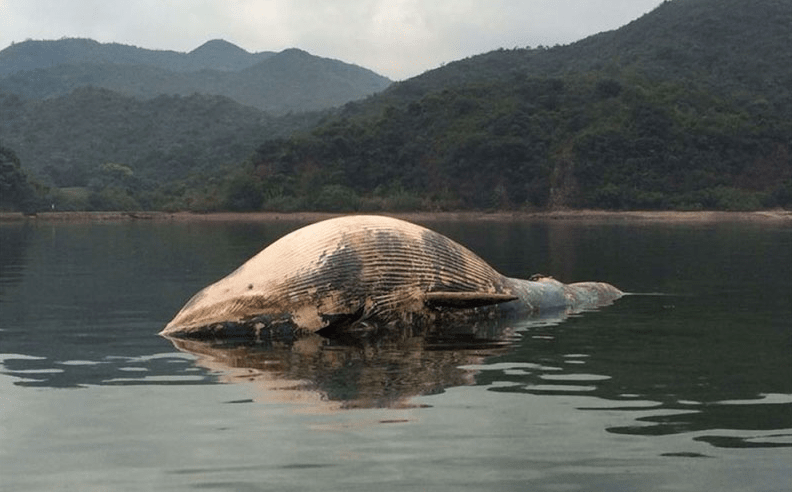 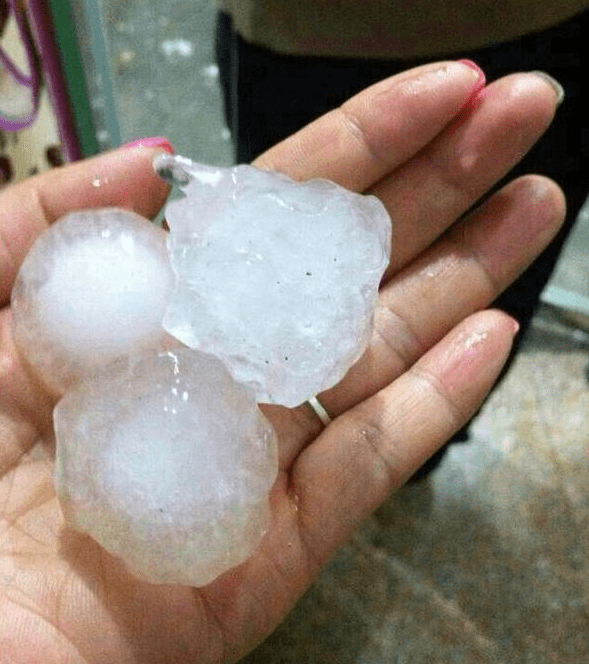 Believe it or not, this is a picture of the smaller hailstones

Here’s a youtube video collage of footage captured from the storm:

During the weekend, Hong Kong expatriates and people from all over the World had gathered in Hong Kong for the Rugby Sevens Tournament. The streets were carnage at night with some drinking from as early as 7am all in fancy dress. Despite the rainfall throughout the weekend spirits were high in Hong Kong and the rain did not stop people from celebrating. During the final match of the Rugby Sevens, the New Zealand team performed the shirtless haka amid sheets of water. This excitement was short lived as the rain soon turned into hailstones, with some larger than the size of a fist. 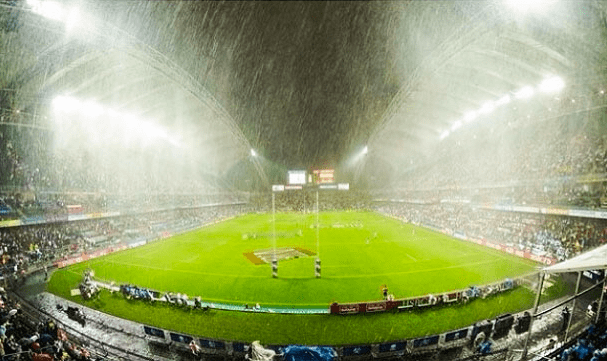 Downpour at the Tournament 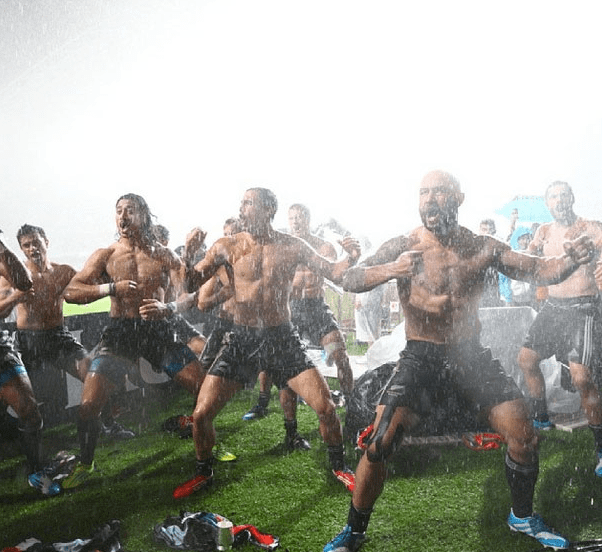 Surprisingly, lessons were not cancelled despite many local students commuting from New Territories. However, the weather has calmed down considerably with rain every few hours and dark skies throughout the day. Now weather forecasts predict snow, which I personally do not believe will materialise. Nonetheless, this is a great example of the unpredictability of Hong Kong weather.

The unexpected nature of the storm has led to many people speculating if this freak weather is connected with the problem of climate change and whether it is therefore proof of Global Warming. This is the earliest point in the year that Hong Kong has ever issued the black rain weather warning since it was first launched in 1992. Global warming is a hot topic in the news at the moment and although there is overwhelming scientific evidence in favour of the environmental phenomenon, many still dispute either its existence or the extent of the changes it is inflicting on the planet. Although natural disasters are part of the Earth’s weather patterns in recent history there does seem to have been an increase in the frequency of such events.

So the speculation has stirred debate, but no doubt in a couple of weeks it will be scorching hot. Until then, I will be staying indoors.