Easter is upon us, and since my last post I’ve finished the mountain of work that was set over the semester break, which included five term papers totalling over sixty-five pages! During this time I miraculously squeezed in a birthday celebration, welcome visits from a couple of friends and an uplifting visit from my Mum last week.

Having had the chance to show a few friends and family around Heidelberg, I figured I’d share the best places in and around Heidelberg to visit – just in case you happen to be one of the 3.3 million people that visit the city every year!

Heidelberg Castle also known as the Schloss dates back to the early 13th century. Having withstood repeated attacks during the Thirty Years War and two lightning strikes the ruins have an eerie majesty. The castle is also home to a gigantic wine barrel which has a capacity of over 200,000 litres! 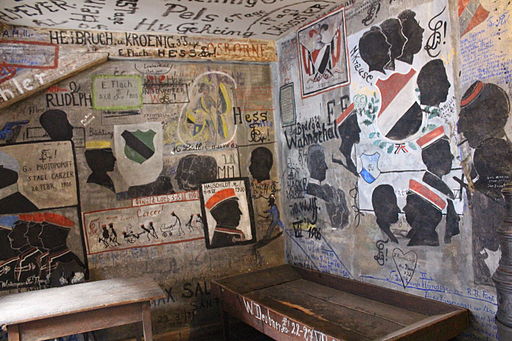 Yes, up until 1914 the University once incarnated its unruly pupils in the Studenten Karzer. Serving time for minor offences, such as drunkenness or disruptive behaviour rebellious students could spend up to several weeks locked up! Located at the University of Heidelberg Museum, visitors can view several cells. Inside in true James Dean style layers of graffiti and defiant phrases scrawled by ex-inmates cover the walls. 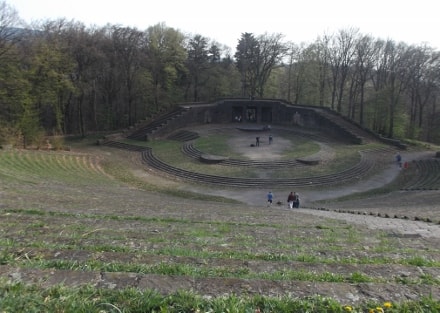 The Philosopher’s Walk is also great for a stroll in nature. For the more adventurous, a climb up to the top of the mountain reveals a huge amphitheatre constructed during the Nazi era, as well as well as St Michael’s Monastery, a medieval ruin. 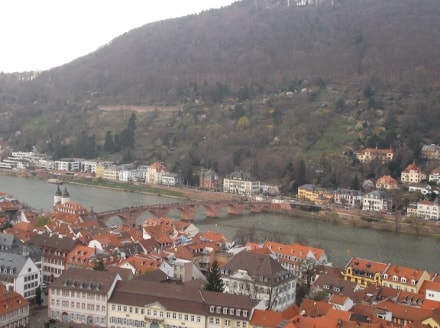 Built in the 18th Century, the stone bridge links the Old Town to Philosopher’s Walk, and offers picturesque views of the city along the stretch of the Nekar River. 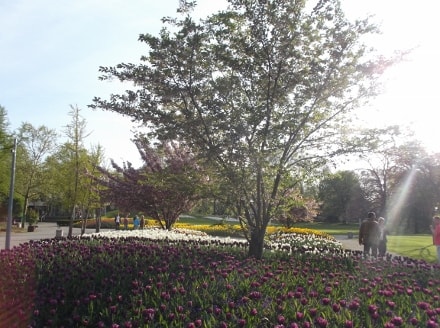 Mannheim is a bustling multicultural city which neighbours Heidelberg. Impressively, Mannheim University has an eighteenth-century palace as its central grounds, which was once home to the German prince Karl Philip III. Nearby Luisen Park displays an array of South American and Chinese plants, as well as all sorts of animals from flamingos and penguins, to pythons and clown fish. 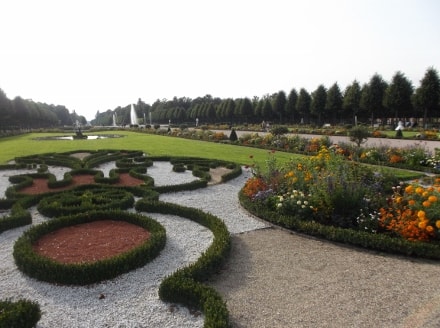 Ten kilometers from Heidelberg,  Schwetzingen Palace is styled with influences from the Baroque and Rocco period. This is especially reflected in its ornate rooms crafted with quirky optical illusions. The gardens were also constructed to create an illusion of endlessness. Its uniform, manicured lawns and statues add to the its grandeur. 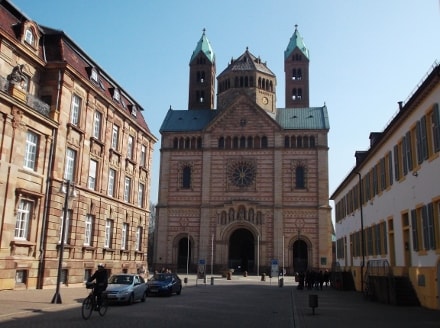 The Cathedral, built in the early 11th century holds the title of being the biggest preserved Romanesque Church in the world. The quaint town is one of the oldest in Germany, its first church being built as early as the 6th century. Coffee shops and gelato stores line the main street , making it an ideal place for a quiet Sunday.

So there you have it, an insider’s travel guide to Heidelberg. Perhaps you’ve already visited. Share your experiences below!