Houston, we don’t have a problem.

Posted by Courtney in Study Abroad on October 7, 2015

One of the things I wanted to since I first heard that I would be spending my year abroad in Texas was a road trip. There is something so quintessentially American about the whole idea, and I knew the vast distances and wide open spaces, the kind you can only find in Texas, would be a perfect place to explore by car.

So this past weekend, with a large group of friends and new people from the International Students Inc (ISI) group I attend, I travelled in convoy from one large, tarmacked urban mass (which I recently learnt residents call the D-F-Dub) to another equally large and sprawling urban mass on the Gulf of Mexico; the Houston-Galveston metro area. A journey of just over two hundred miles which takes around five hours.

Along the way, we stopped at a Texas institution, Buc-ee’s, which is like a very large gas station, restaurant, convenience store and gift shop all in one. (Whatever you do, never ever say to anyone from Texas that Buc-ee’s is just a gas station) I tried some Texas BBQ which was just as delicious as I was promised it would be; which is promising as lots of locals say Buc-ees BBQ isn’t that good compared to most other places. 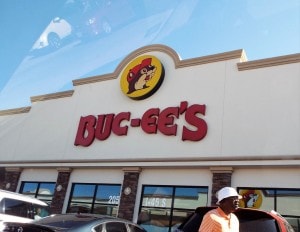 Our first destination was the Johnson NASA Space Center, which was just as interesting and informative as I thought it would be. I got to take lots of pictures, learn about the life of astronauts on the International Space Center and was even able to touch a piece of the moon. (!) For those of you who like space but can’t justify the cost of a flight to Houston, the Space Centre in Leicester is well worth a visit at some point of your time at the University. 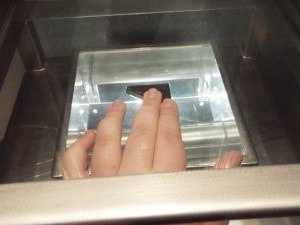 I touched the moon!

We then decamped to the lovely Clear Lake Bible Church for dinner and a talk from someone who works at NASA, which was very interesting and developed a lot of the information we had learnt at the visitor’s center. Along with our host families, we would return the next morning for a church service. I’m not a particularly religious person however the experience of a Texas church service was something I am very glad I experienced. They had a band and instead of singing along to dreary hymns like “All Things Bright and Beautiful” the congregation sung along to Christian rock and pop songs. I don’t think I’ll return to church, but it was an incredible experience that was something so different from anything I could do in the UK. 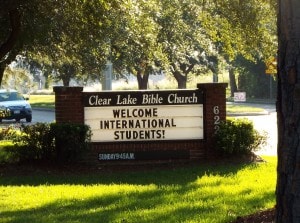 Our last destination before we returned to Arlington was the Kemah Boardwalk, a tourist magnet somewhere between Houston and Galveston on the shore of the Gulf of Mexico. I wasn’t expecting much as I’d been warned not to get too excited about seeing a beach (I live near the coast back home, so I miss the beach a lot) but it was nice to see some water and look around the amusements for a short while before returning home. 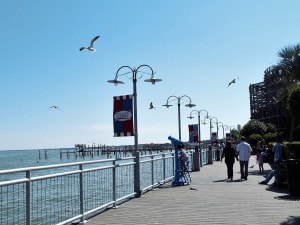 I’m really starting to settle into life in Texas now, meeting so many people from all over the world and learning so much about American culture as well as other cultures. I hope everyone’s first week of the semester in Leicester is going great!