Today, The Guardian published their shortlist for Photographer of the Year – 2015.

Generally when we think of professional photographers the image that springs to mind is taking photographs of beautiful men and women for fashion and beauty magazines, or paparazzi taking snapshots of the stars at red carpet events. That’s the glamorous definition of the job at least, which is why I have never considered professional photographer as a possible career choice. I think to some extent we are a bit blind to what we are actually seeing when we look at photographs. We are exposed to images from all around the world every day in the news, we see images of war and natural disasters. Many are shocking, some even disturbing… but what we are actually seeing is an event through the eyes of a person who was there in the midst of it. Even though these images do shock us, we rarely think about the person behind the camera. We are detached. We see only a reproduced image. They saw the real thing and they knew that they had to click the button and capture the image before them so that we may see what is happening in the world. That is not a glamorous job.

As I look through the shortlist I am reminded of photographs I have seen over the course of the year in articles and on television. Many of which are not happy images, nonetheless they are still beautiful pieces of photography. A particular favourite of mine is by Yannis Behrakis, taken on the island of Kos; tourists enjoy relaxing on a beach while refugees arrive on the shore in a dingy. The image speaks more than my words ever could.

Some may ask in response to the photographs of suffering children in Syria; ‘Why are you standing there taking photographs when you could be helping?’. My answer: without them we’d be living in ignorance.

But not all photographs included on the shortlist are images of war and suffering. I chuckle as I scroll through to be reminded of the moment when Ed Miliband missed out on a girly moment with the female political leaders, the moment when Boris Johnson inevitably fell over, and that precious moment when a young girl decided she’d had enough of David Cameron. I think that one really is my favourite of the bunch.

There are professional fashion photographers, photographers who document the world and its events, and then there’s people like me. I like to think of myself as a very amateur photographer. I mean, we’re all photographers really. Who nowadays doesn’t document life via smartphone? But I do like to go out and look around carefully for something interesting to photograph. Last Christmas, my parents got me a camera. It’s a Samsung XN3000, it’s small, light, and takes beautiful shots. They wanted me to have a good camera to bring here, as a new environment would offer opportunities for new and exciting photographs. But not all good photography has to be taken on a good camera. I’ve taken some pictures on my phone that I’m very proud of. For example, this one. One morning on my way into university I noticed a friend of mine ahead of me. Instead of catching up with him to say hello I waited for him to
walk into the fog, so I could take this. 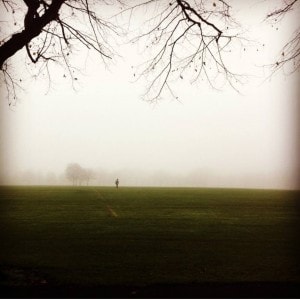 What I’ve come to learn is that location alone doesn’t make a photograph memorable. I’ve taken some lovely photographs of le Pont d’Avignon, and other monuments and landscapes, but thousands of other people have taken those exact same photographs. What makes a photograph unique is mostly the people, but also what the photograph means to the individual. For example, this photo of the campus at Leicester is quite striking anyway, but perhaps to a student of the university it has more relevance; the three buildings, whether considered beautiful or ugly, are undeniable symbols of our university. 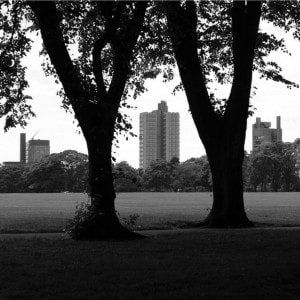 Last week, I took a photograph which I believe to be the best I’ve ever taken, and the reason that it is the best is that I can guarantee that I am the only person in the world to have this photograph. This moment, although insignificant compared to ones photographed on the shortlist, will never happen
again. And that’s what photography is all about. 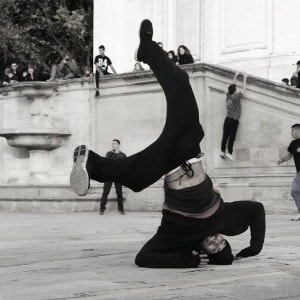