The Fall of the Pound 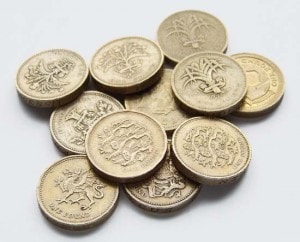 As most of you probably know, David Cameron recently announced the date for the ‘Brexit’ referendum regarding the UK’s membership within the European Union, to take place in June this year. Rather than discussing the politics of it and my own personal opinions and anxieties towards this debate, I’d just like to make a brief observation here on how Brexit has already begun to be felt by myself here on the continent. Whilst there has been much heated debate and chatter on University campuses and even meetings of British residents here in Berlin to discuss how a withdrawal from the EU would affect them, there has so far been little concrete impact on day-to-day life. However, as some financial observers among you may know, the value of the pound has been in free-fall since the date of the referendum was announced, and this has definitely been felt by myself here in Germany. This is mainly because I have retained use of my British bank account whilst I am here, and the result of this is that in the past couple of weeks I have been getting far fewer euros for my pounds than I previously had done. The main impact of this is that I am now paying more in rent, and that my general day-to-day cost of living has went up, as whilst my weekly food shop (for example) is about 16 euros, this is now costing me more in pounds as a result of this decline in value, which is still ongoing at the time of this writing. Whilst the drop in value is not so substantial at the moment as to have any large impact on mine and my fellow UK students quality of life, it is a scarily indicative of things to come. All the more reason for my fellow Erasmus students in Leicester to ensure the are registered and eligible to vote in the referendum this summer, as it is becoming glaringly obvious how much the outcome affects us all.