It’s finally happened, the day I’ve been dreading and hurtling towards at record speed for the past few months has came and gone, and I have officially left Berlin and finished my Erasmus year abroad. Given that I can honestly say that I’ve never felt as happy, free, entertained and at home as I have during my time there, it makes sense that my leaving date (which I tried to make as late as humanly possible), has loomed ominously in the back of my mind ever since I booked my flight back to England. However, as the dreaded day approached, I began to feel much more at peace with the idea of leaving the city that has embraced me in a way nowhere else has, and afforded me the best year of my life. This is probably because as mid-August approached, most of my close friends who made the year what it was had left, and the many goodbye dinners/parties/BBQs that accompanied each leaver felt like a goodbye to the city in itself. So by the time it was finally my turn to board the plane, I fully felt ready to go, and knew it was the right time. I also spend the majority of my final days in the city furiously trying to clean my apartment in a desperate attempt to salvage whatever I could from my 600 Euro deposit, a grueling experience 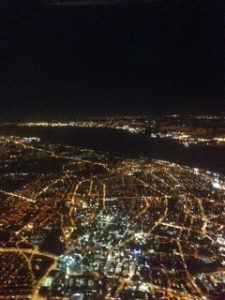 which also certainly helped soften the ground for my departure. As these things always seem to go, it was still the final few months which were by far the best and most filled with experiences I will never forget, just as it was these months where I finally established lots of close and deeply rewarding friendships with people from across the world who I hope dearly to see again. If I’m being completely honest, whilst this year has of course contained its fair share of stress, deadlines, isolation and German bureaucracy, over all it has felt like one very long holiday, and I know that I’ll be very lucky if I ever have the chance to experience such total freedom, fun and lack of obligations ever again in my adult life. This is why I would recommend to everyone who is now considering or planning for the year abroad to just dive in head first, experience everything you can and put yourself out there as early as possible, because if you have even half the experience I’ve had, then I’m sure you’ll also remember your year abroad as one of the best of your life.

One response to “Tschüß Berlin!”