Posted by Joseph in Study Abroad on September 19, 2016

In my last post I shared some of my adventures I’ve had over the past few weeks. Now it’s time for part 2!

After visiting Wanaka my journey continued on to Queenstown, known as the “Adventure Capital of the World”. It’s a popular destination with backpackers and tourists, famed for it’s adventurous activities including bungy jumping, jet boating, skiing, canyon swings, skydiving and much more, as well as it’s nightlife. Whilst I was there one of the things I decided to do was face my fears and did a bungy jump at the world’s first commercial bungy jump site. I wasn’t too keen on the idea, but I decided that when in Queenstown it was the thing to do so I should give it a go. It was definitely a once in lifetime experience, mainly because now I’ve tried it I don’t want to do it again! Having said that, I felt great afterwards that I’d managed to push myself to do it and I enjoyed the flood of Facebook comments from my friends and family reminding me how crazy I was! 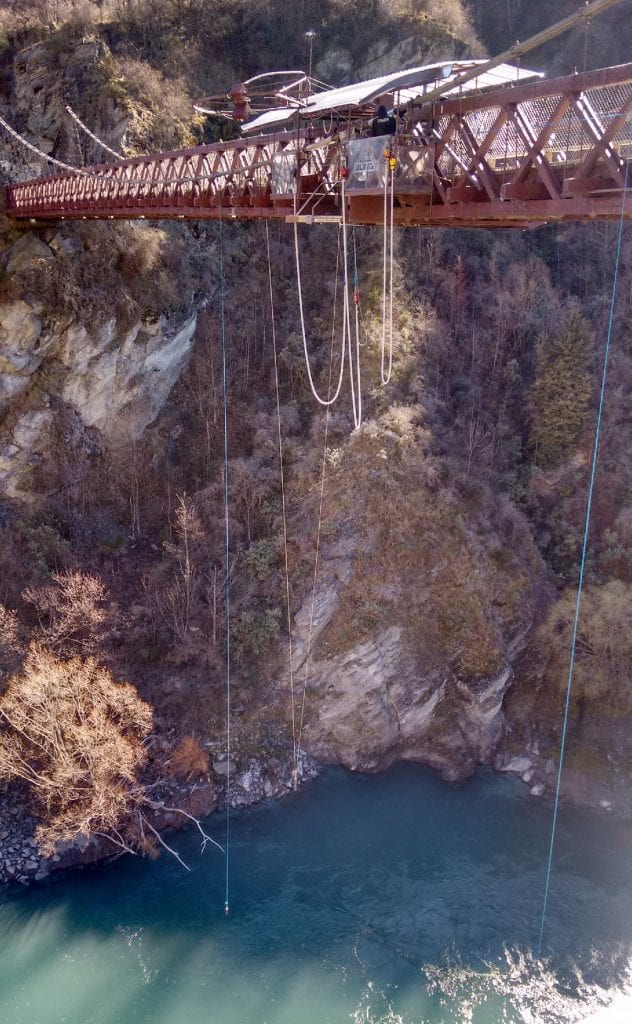 Kawarau Bridge. At 43m it might not look that high, but it seems a lot higher from the edge! 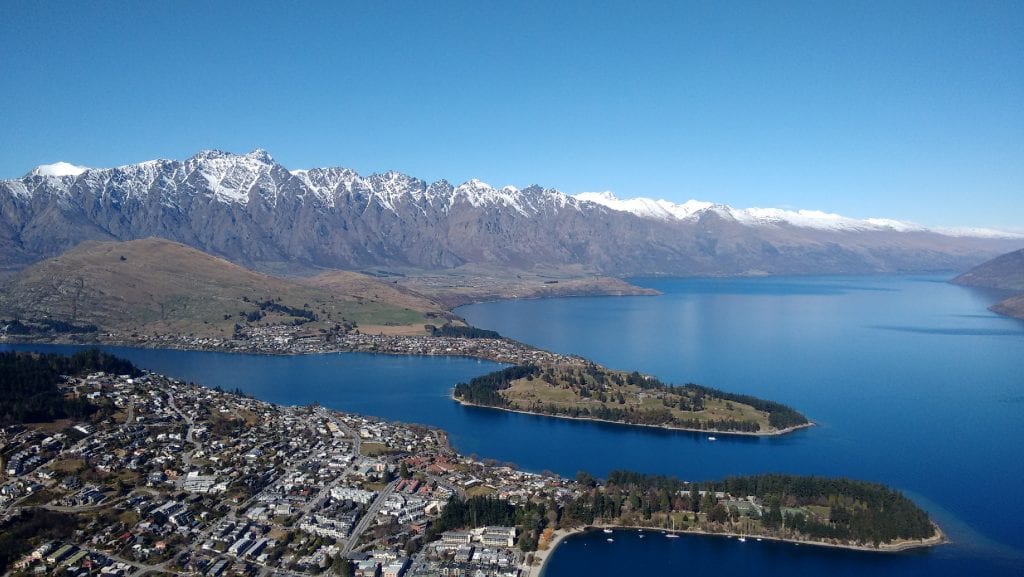 Queenstown with The Remarkables behind. I think it’s quite an apt name for them!

From Queenstown I visited Milford Sound, one of the fifteen fiords which make up Fiordland National Park in the South of South Island. It is a stunning feature with the high almost vertical valley walls and waterfalls towering above the water below. From the boat trip around the fiord you really get an idea of the power of the ice that carved the huge valley out of the rock. 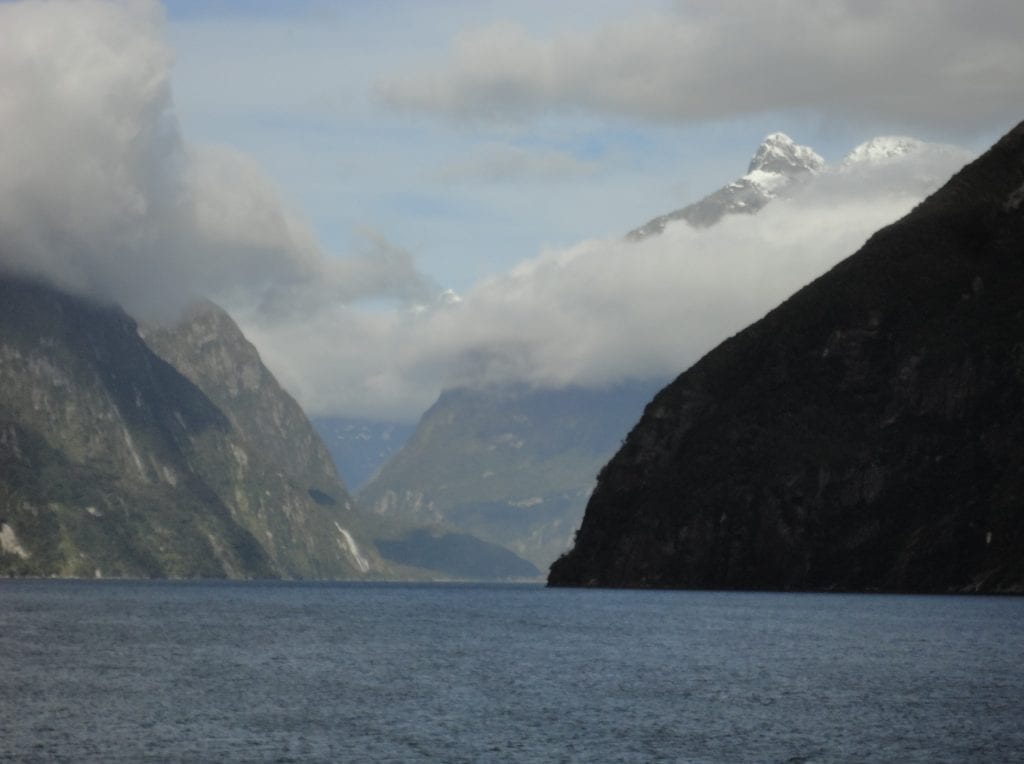 The final stop on my route back to Christchurch was Lake Tekapo, which has an amazing blue colour due to the glacial sediment suspended in the water. Tekapo is particularly amazing at night, as it is in a dark sky reserve and the views of the night sky are absolutely awe-inspiring. Whilst I was standing on the lake shore looking up at the hundreds of stars above I felt very small and insignificant in the vast universe. 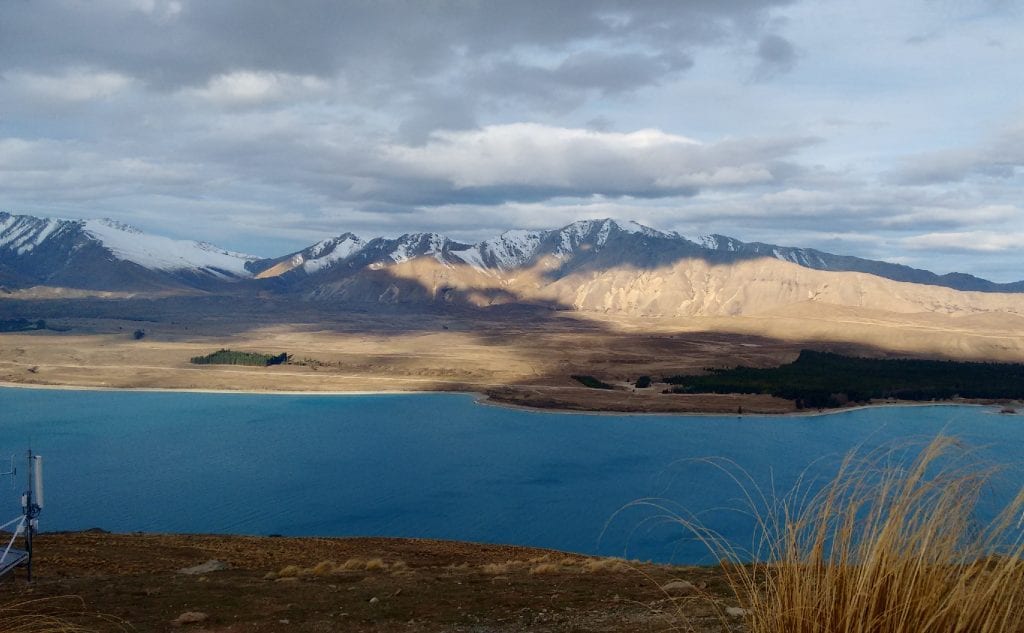 Lake Tekapo. This isn’t photoshopped, it genuinely is that blue!

The final trip I wanted to share with you was the annual Canterbury University Tramping Club Bushball which I went to last weekend. It was a really fun weekend where we walked up to a hut with some members of the group  carrying a keg of beer on their backs, had a party and stayed the night in the hut before walking back to the cars the next day. New Zealand’s huts aren’t something I was familiar with before coming here, but there’s a large network of them across the country where you can stay when out walking in the hills. They generally have a toilet, water supply and somewhere to cook as well as somewhere to sleep, so make a great warmer alternative to sleeping in a tent. The hut which was the venue for Bushball was on the Croesus Track in the Paparoa Range on the West Coast, with awesome views over the Southern Alps and the Tasman Sea. We could even see Mount Cook, New Zealand’s highest mountain (3724m or 12218 feet) which was over 100 miles away! 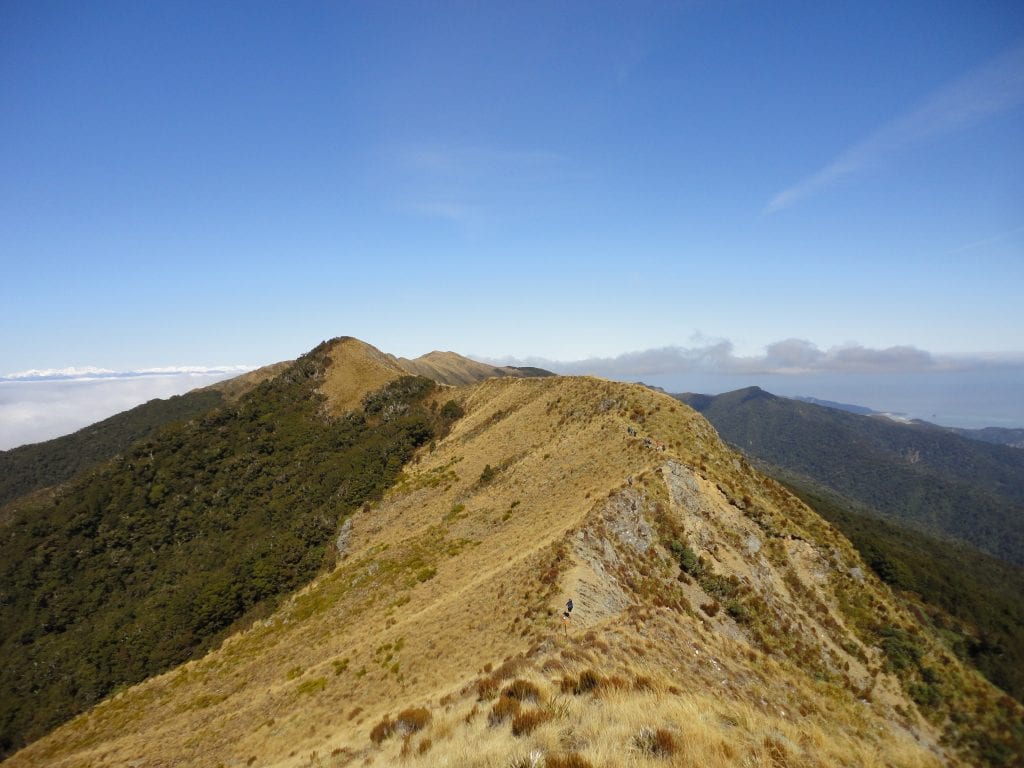 That’s all for this post, see you next time!