One of the many perks of a year abroad

Posted by Kitty (Australia) in Study Abroad on September 30, 2016

I guess it shouldn’t come as too much of a surprise what with me being a Geography student and all, but I really enjoy travelling, and that’s one of the things that really drew me to doing a year abroad. And that’s also one of the reasons why I chose Australia: it’s a country I’d never been too and it gives me access to a part of the world I’ve never visited.

One of the great things about Australia is the sheer amount of variety in its landscapes and climate: go north from Sydney and it’s a tropical paradise full of palm trees, exotic flowers, rainforests, and high temperatures; west and you’re entering the Outback with all its desert features; south and you’ve got some brilliant cities (Melbourne, Adelaide, Canberra) and slightly cooler temperatures; and then all around the country you’ve got and amazing coastline with beaches that never fail to disappoint. And once you go beyond Australia, you’ve got New Zealand and all the Pacific Islands just a ‘short’ plane journey away.

The structure of my year abroad is also pretty conducive to travelling around: I get three months off over Christmas, and a two week break in the middle of each semester. Plus I deliberately scheduled my timetable to be on a Tuesday, Wednesday, and Thursday so I have long weekends available for short trips. Having so much time is great, because Australia is such a massive country that there’s plenty to see and do. Although even with all the time off, I know that I won’t have the chance to cover it all.

So we’re now deep into the mid-semester break and I decided to take the first week as a chance to jet off to the north for a bit of sun, sea, and sand. I visited a little town called Port Douglas which is pretty busy with tourists and backpackers, but has somehow managed to retain a feeling of a normal town. I chose Port Douglas because it has an amazing beach called Four Mile Beach, which is true to its name. And the town is also considered to be a gateway to the Great Barrier Reef and the Daintree Rainforest, so between all the activities, there’s plenty to do. 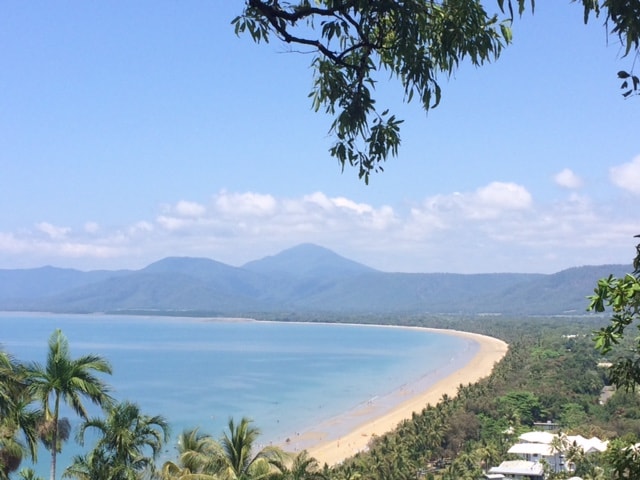 The highlight for me was probably swimming with a couple of turtles out on the reef. It’s something I’ve wanted to do for years and that moment when I saw a turtle swim out from the coral was incredible. I also visited the rainforest, which is the world’s oldest (over 100 million years old, compared to the Amazon’s 7 million). Because of this it has some unique species there and I got to see loads of cool birds and spiders, as well as a few crocodiles in the river. 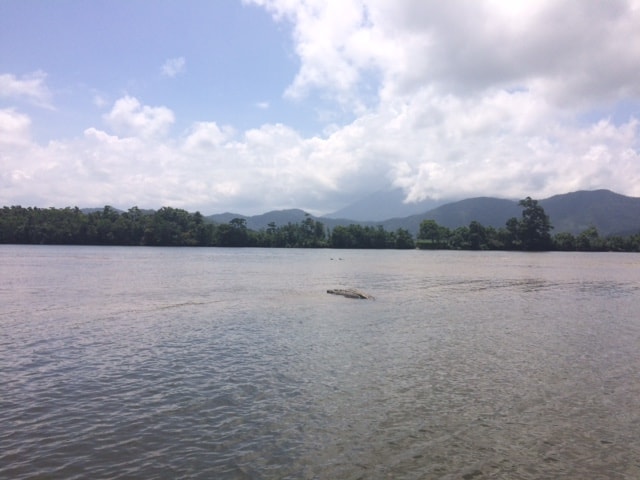 That’s a croc in the centre of the photo 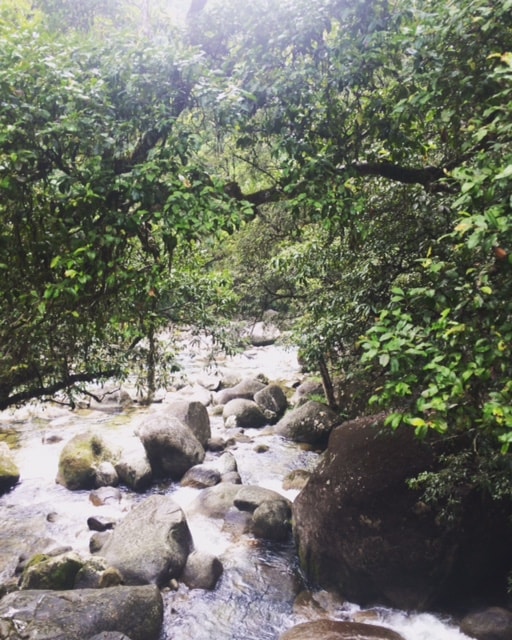 Mossman Gorge in the Daintree Rainforest

I’m back in Sydney now, and therefore also back to the reality of trying to catch up with work/get ahead with assignments. But it’s not too long now until the Christmas break, and that means I need to get planning to make sure I make the most of those three months. The only problem is choosing exactly what I want to do; it’s a hard life! If there’s anyone out there considering a year abroad but not quite sold on the idea, if you’re into traveling and seeing new places then it really could be an amazing year for you.