Christchurch – A City on the Mend

Posted by Joseph in Study Abroad on November 1, 2016

My exams started this week which means I’ve been spending most of my time revising or finding any excuse not to revise. Yesterday I found myself doing the latter and ended up taking advantage of the spring weather to go for a bike ride and explore some parts of Christchurch which I haven’t been to before. My route took me to the east of the city along the banks of the River Avon, where I saw first hand some of the damage caused by the 2010 and 2011 earthquakes. The impact of the quakes is still visible in many parts of the city 5 years on. 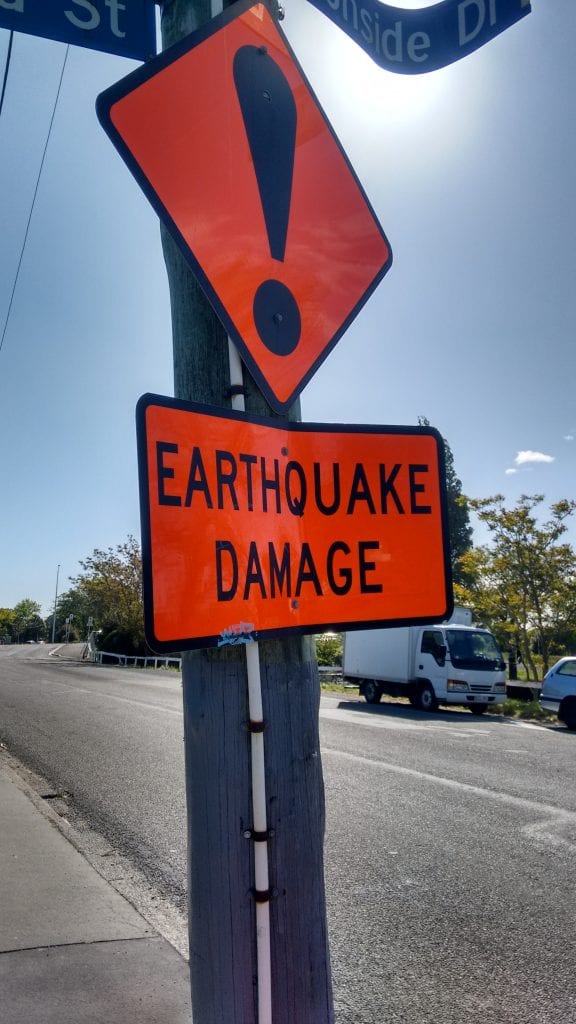 Damage from the quakes is a common sight around the city

The area to the east of the city centre suffered extensively from liquefaction, where shaking causes water pressure to build up between grains in sediment, leading to the soil behaving like a liquid. This causes disruption to the ground surface and damage to building foundations. This area of Christchurch was especially susceptible to this process because it is built on relatively young sediments deposited by the river over the last 300 years.

Over 5000 houses had to be abandoned due to damage by liquefaction due to damage to building foundations and infrastructure. This has left a large area along the river which is still uninhabited and has been left empty due to building demolition. Cycling through this area was quite spooky as it’s like a ghost town. All of the associated infrastructure from the housing is still there but the houses are missing. There’s streets, road signs, lampposts and electricity cables, but where the houses should be there is just grass. 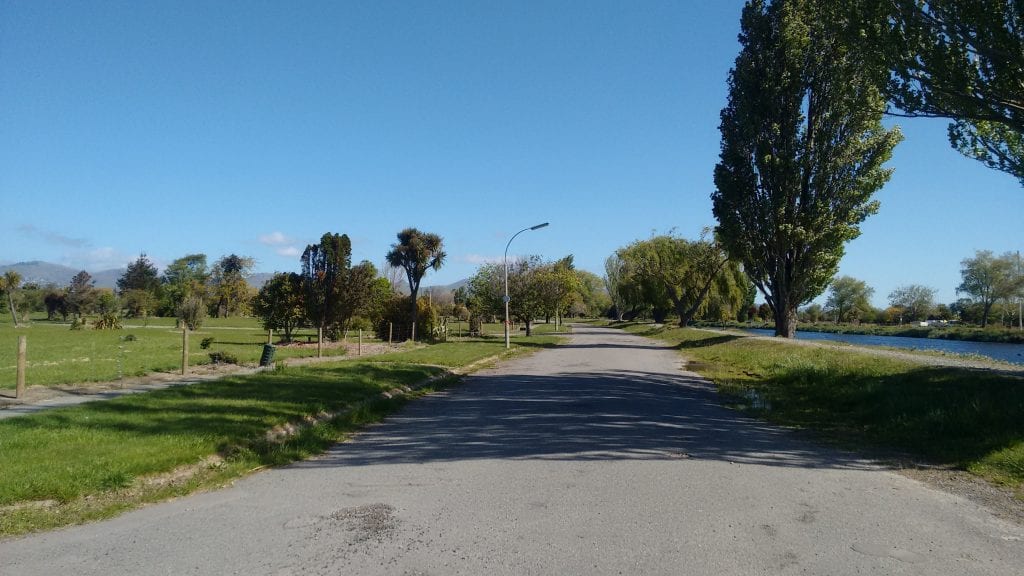 The former residential area by the river, eerily quiet and empty 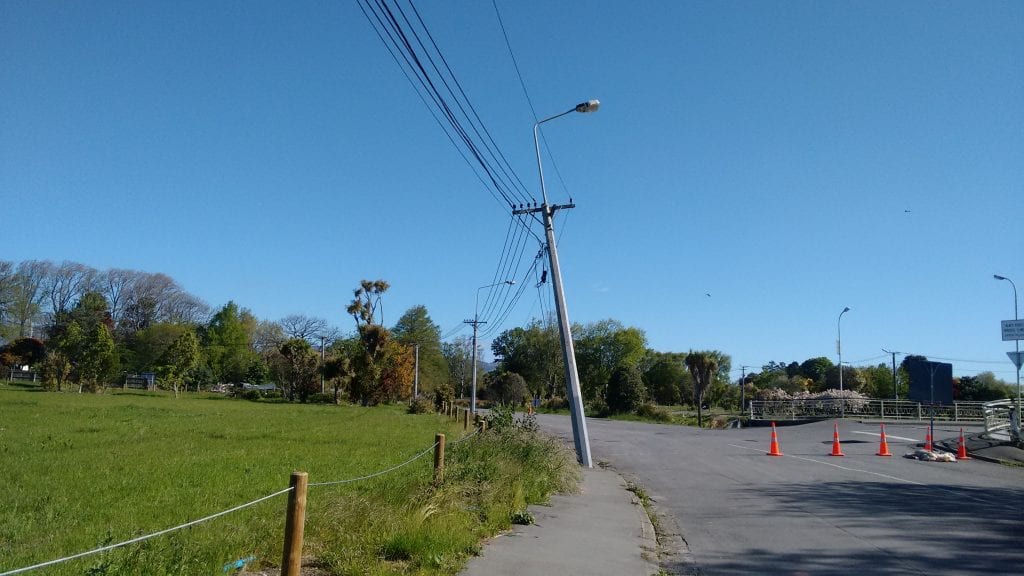 Along the way I encountered lots of building sites, where repairs are still taking place to damaged infrastructure, however most of the area is unlikely to be rebuilt on due to the poor ground conditions and liquefaction risk.

The abandoned residential streets are closed to traffic but open to pedestrians and cyclists and they are very flat which is ideal for cycling. However, the road surface has been badly damaged in some places which my bike suffered from and ended up with a puncture about 5 miles away from my flat. Thankfully, every bus in Christchurch has a free bike rack on the front so I found the nearest bus stop and managed to make it back without having to walk.

As well as the suburbs, there are lots of empty plots of land in the city centre which have been left following the demolition of buildings. A couple of weeks ago I went to FESTA (Festival of Transitional Architecture), an event which made use of these empty sites by exploring sustainability and creativity in art installations making use of recycled materials. Sites around the Christchurch Art Gallery were transformed with a range of sculptures using sustainable materials such as rubble from demolished buildings and recycled plastic bags. The event was an interesting experience and it was fascinating to see how the empty spaces in the city centre could be transformed using a few basic materials. 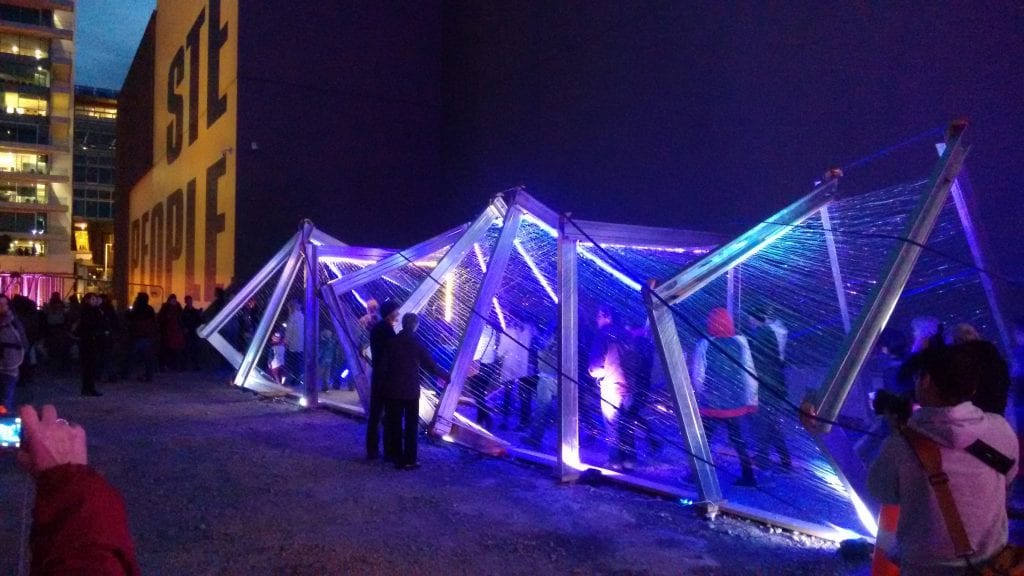 A tunnel made from recycled wood and plastic from carrier bags

Another major impact the earthquakes have had on Christchurch is cliff collapses in the Port Hills area of the city, something which I’ve studied as part of the Engineering Geology module I took this semester. At several locations houses and schools have been abandoned at the base and the top of cliffs as boulders fell onto buildings below causing the ground above to be unstable. Work is ongoing to stabilise the cliffs and put in protection measures in case of future rockfall. 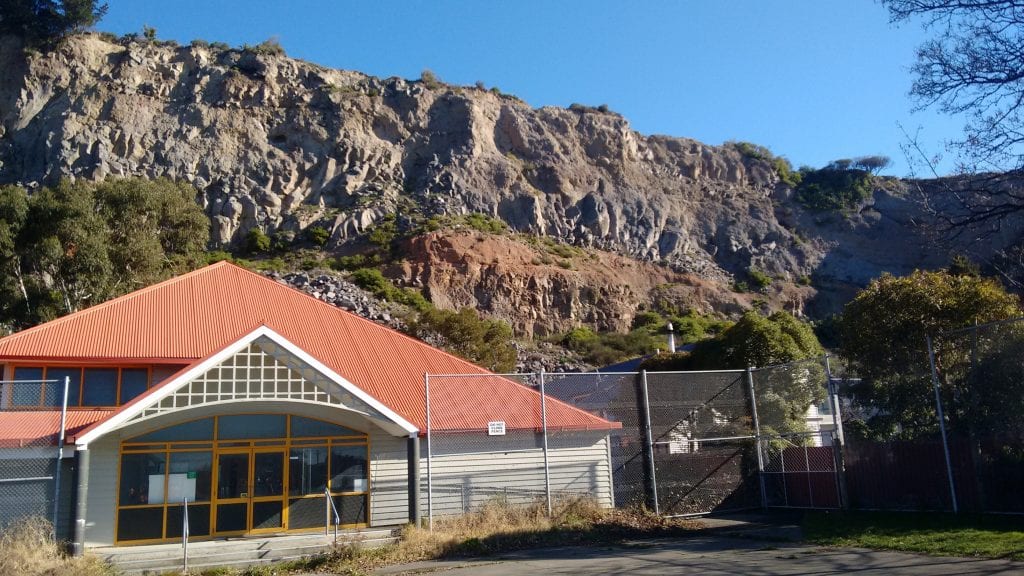 A school abandoned due to rockfall from the cliffs behind, taken on a field trip to study the response of different cliffs to the shaking from the earthquakes

Living and studying in Christchurch has been a really eye opening experience to see how much of an impact the earthquakes have had on the city and how the recovery is still ongoing several years later and there’s still quite a way to go. Now I should probably stop writing and get back to revising!