This week I had my last exam which officially marks the end of my first semester here. I’ve no idea where the past 4 months have gone but I don’t have any work to do for a while so I’m not complaining! Because the academic year in New Zealand runs from February to November, I now have 3 months off before starting my next semester. I’ve got loads of exciting adventures in New Zealand planned for the next few months, which of course I’ll be sharing with you in future posts. 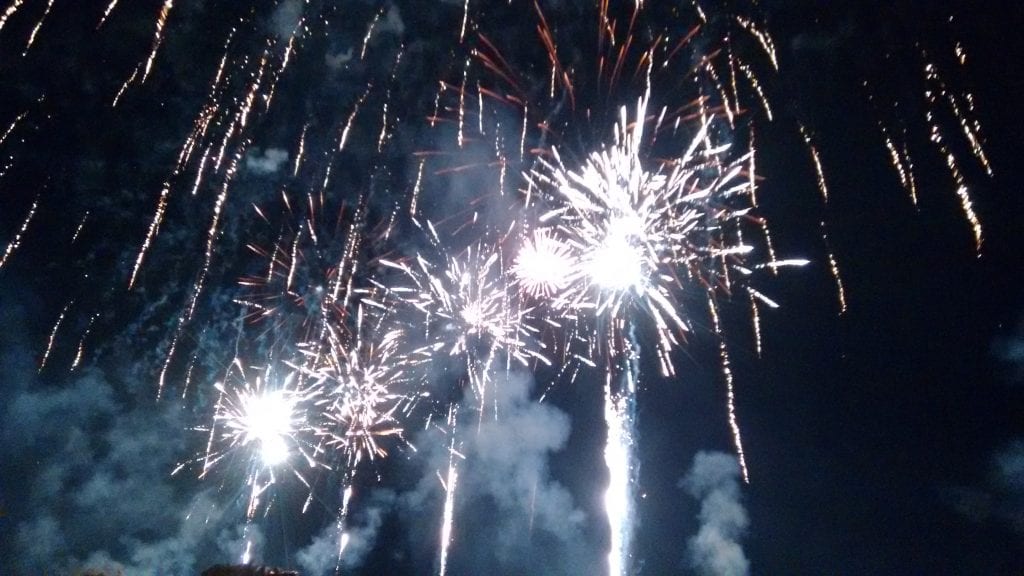 As it’s the end of the semester it’s time for celebration!

Okay, the fireworks weren’t a celebration for the end of my exams. This was at the Guy Fawkes Night last weekend in New Brighton, one of the coastal suburbs on the east coast of Christchurch. Before this I thought that November 5th was only celebrated in Britain but it turns out that they celebrate it here in New Zealand too as they are part of the commonwealth. It was a strange experience going having fireworks in spring as bonfire night is always something I’ve associated with winter and wrapping up warm, but here it only got properly dark about 15 minutes before the fireworks started at 9pm and it was much warmer than a November evening back home.

Yesterday was the first full day of my summer holidays and I wasted no time in going out exploring the delights that New Zealand has to offer. I spent the day climbing Mt Herbert, which at 920m is the highest point on Banks Peninsula, about an hour from Christchurch city centre by bus and ferry. The peninsula is a former volcanic island with 2 volcanic cones active around 10 million years ago which became connected to the rest of South Island by deposition of sediment eroded from the Southern Alps further east. On the walk I experienced the extreme changeability of New Zealand’s weather, which was constantly switching between low cloud and chilly winds and bright sunshine and mild temperatures. 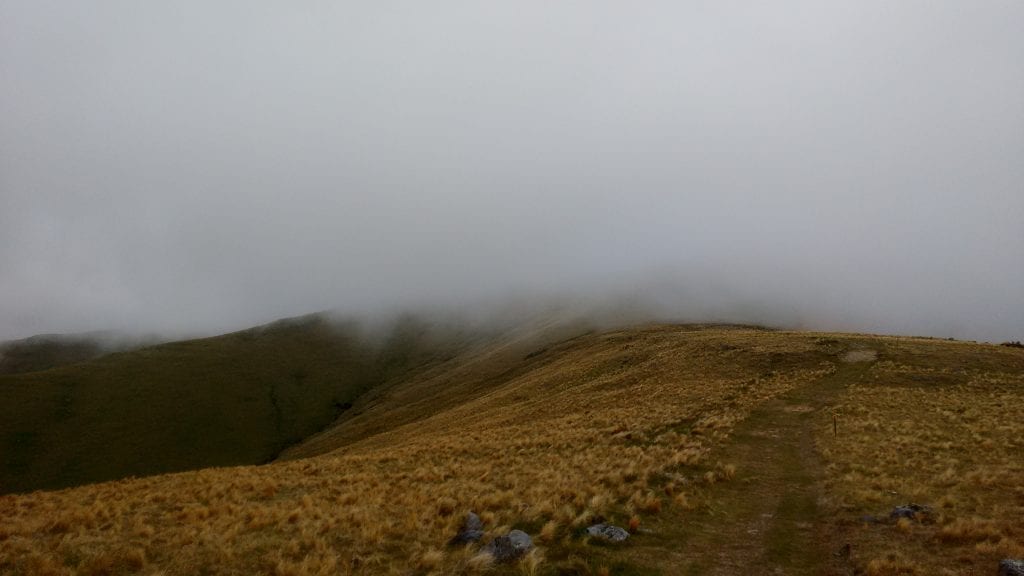 Close to the summit, one of the many patches of cloud that kept blowing over and obscuring the views 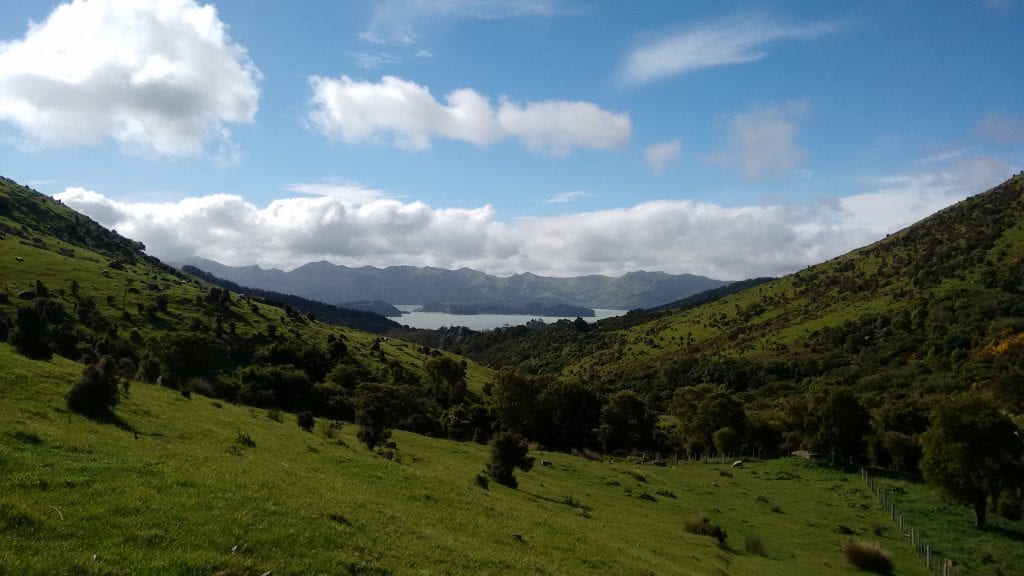 Through the occasional breaks in the clouds the views from the top were incredible with Christchurch city and the incredibly flat Canterbury Plains in one direction and the vast Pacific Ocean in the other, along with the many small bays along the coast of the peninsula. This trip was the first of many to come over the next couple of months, tomorrow I’m heading north to Abel Tasman National Park for a 6 day hike, but more on that to come in a future post.