After 5 months of being in New Zealand I’ve finally ventured to North Island, South Island’s smaller and more populated neighbour. When I arrived I was surprised how different the scenery of the 2 islands is, with South Island being dominated by snow-capped mountains whilst North Island has a range of volcanoes, lakes, beaches and lots of green countryside along with the sprawling metropolis of Auckland.

One of the first places to visit on my itinerary was the Tongariro National Park and the famous Tongariro Alpine Crossing, a day walk across some of New Zealand’s most spectacular volcanic scenery which is reputed to be the best day walk in the country, covering 19km across old lava flows, through craters and past beautiful lakes between volcanoes Mount Tongariro and Mount Ngauruhoe which form part of a UNESCO dual World Heritage Site. As someone who likes walking and volcanoes, it was understandably high up on my list of places to visit whilst travelling around North Island. 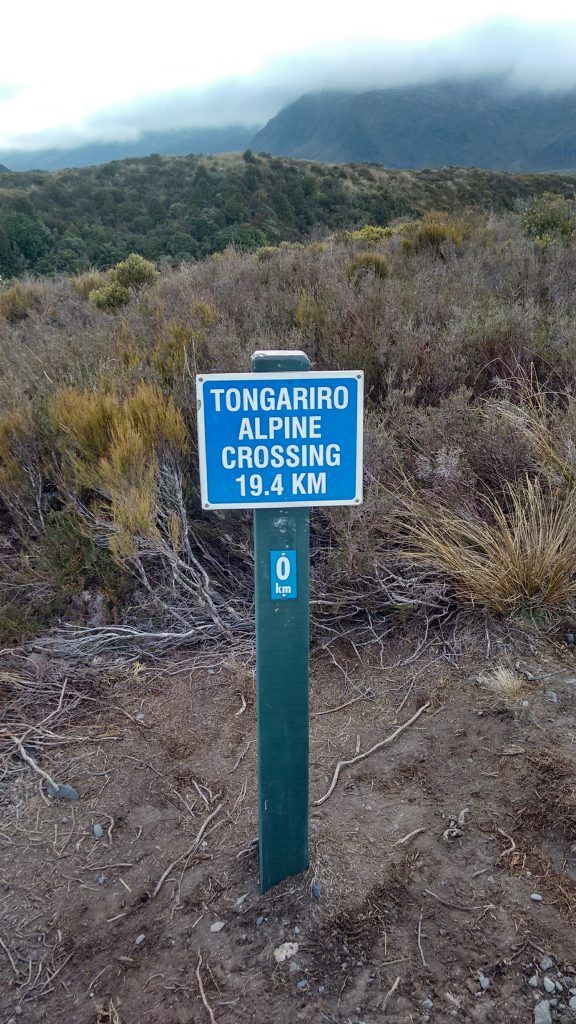 You may recognise Mount Ngauruhoe from its role as Mount Doom in the Lord of the Rings films, or so I’m told as I haven’t actually watched any of them which is often surprises people when I tell them that I’m spending a year in New Zealand. I’ll probably get round to watching them at some point when I get time, I guess we’ll see. 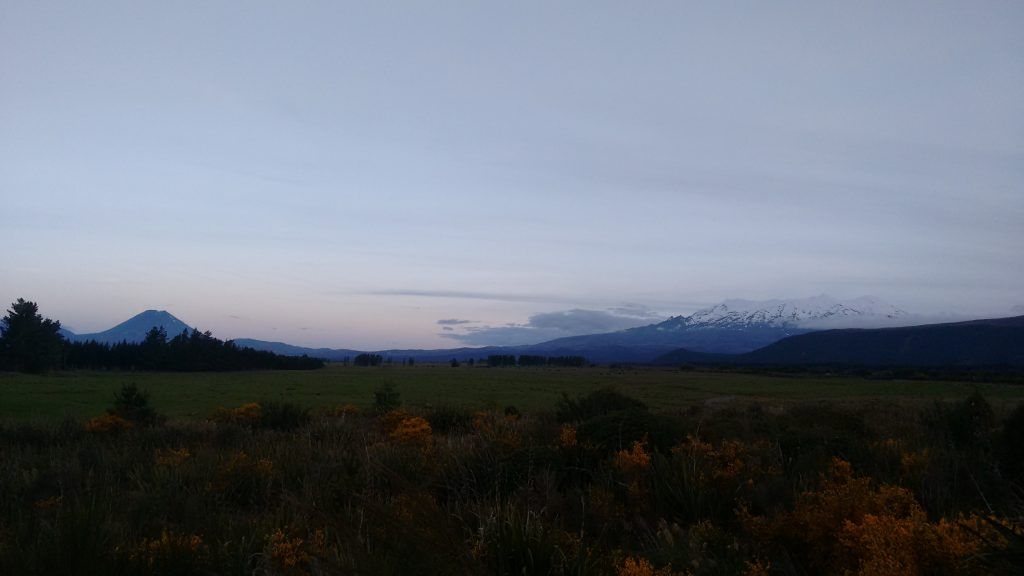 The walk begins with a gentle climb up through a valley with a series of lava flows from various eruptions, before crossing two craters and descending to Emerald Lakes, named because of their vivid green colour produced by minerals which occur due to geothermal activity nearby. The track then crosses another crater and passes Blue Lake before descending down into forest for the final stretch. 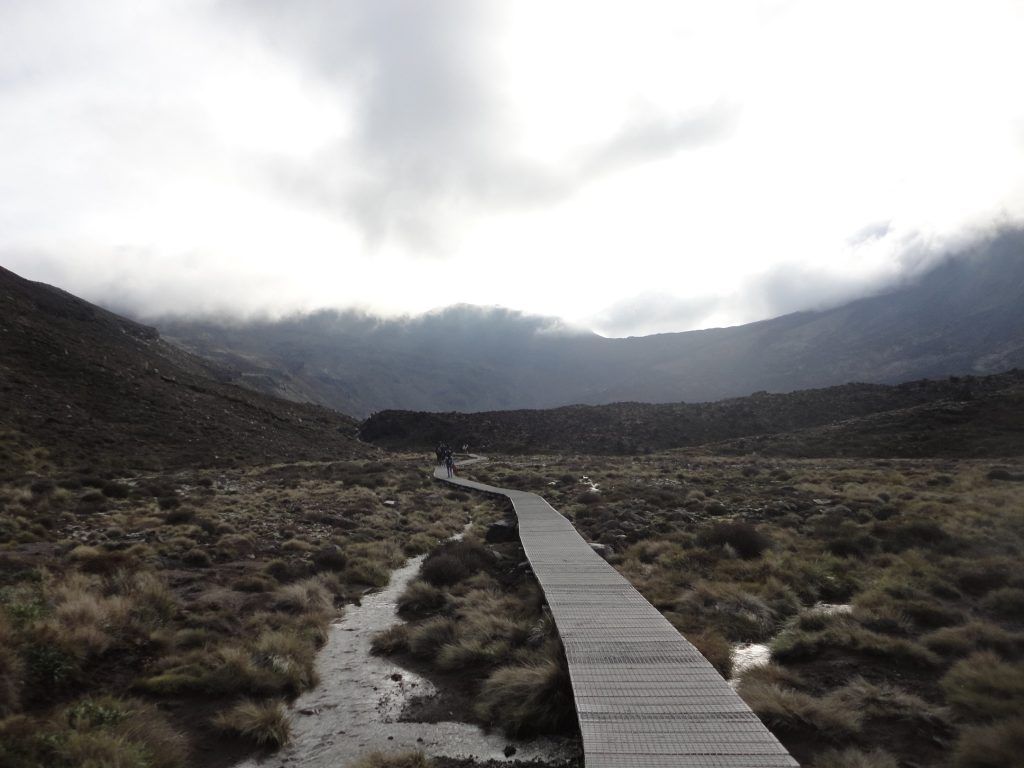 Setting off on the walk 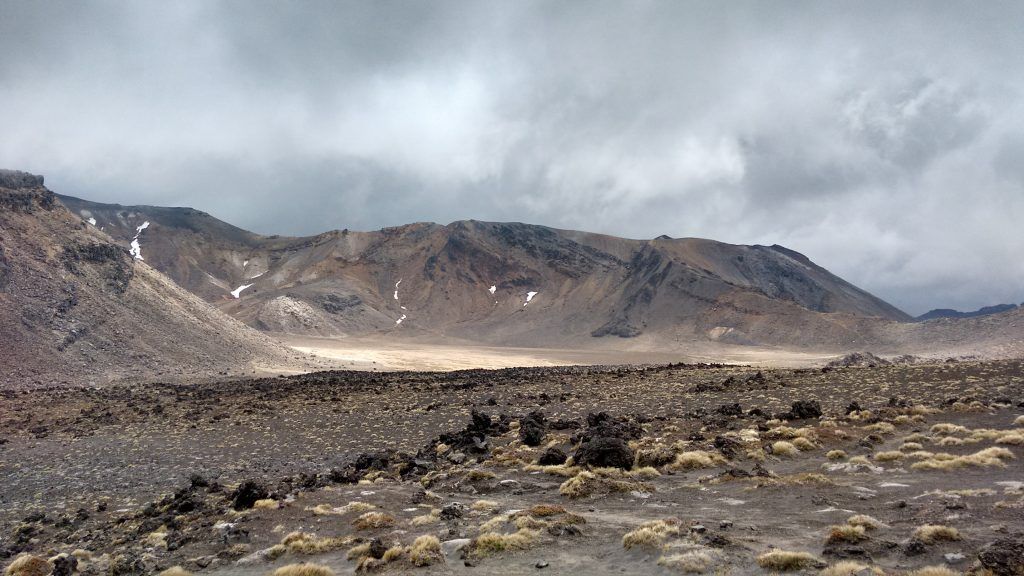 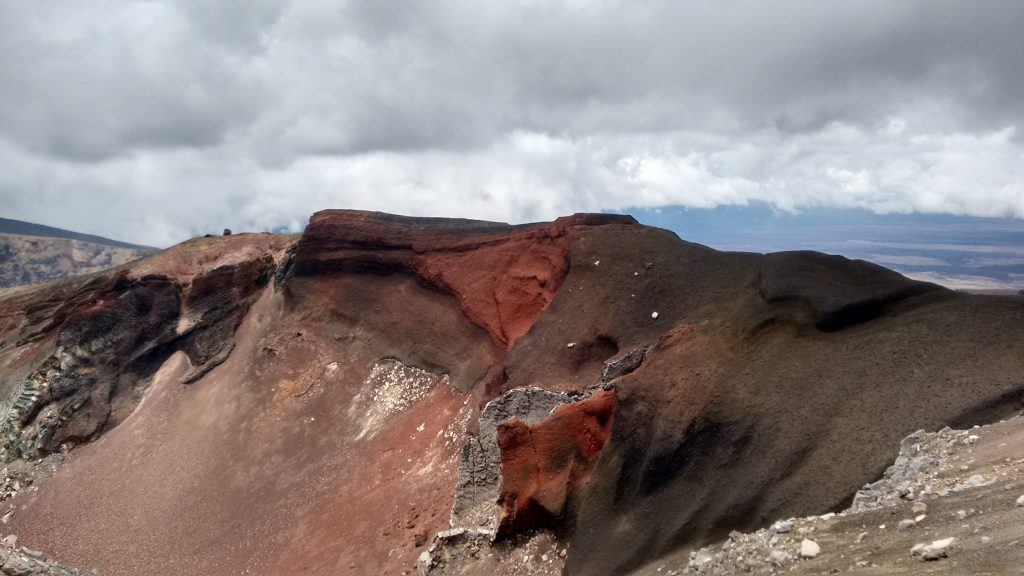 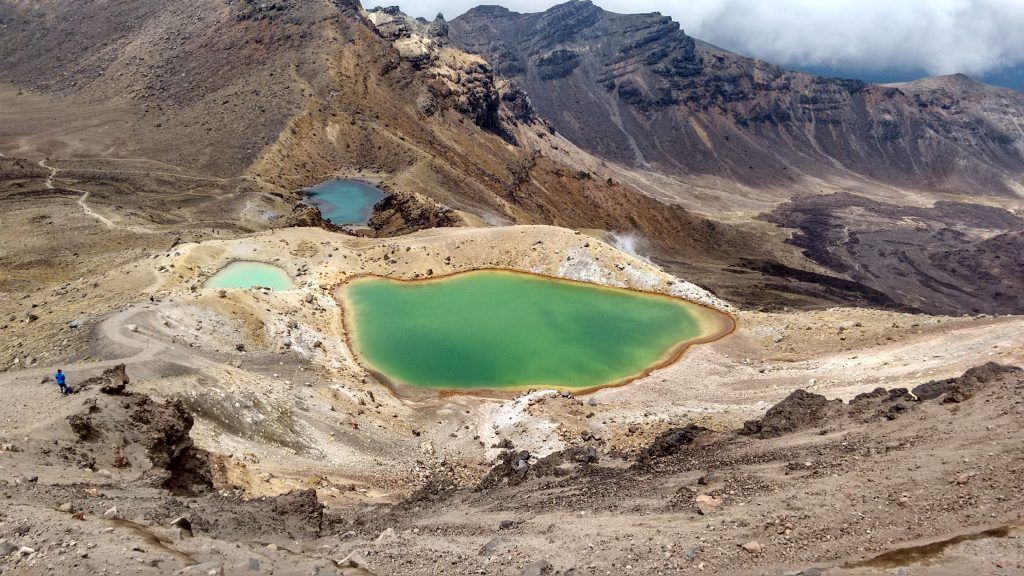 I also did the optional climbs to the summits of Ngauruhoe and Tongariro which are accessed from the main track. The climb to the summit of Mount Tongariro wasn’t too challenging as it was on a formed track, but climbing to the top of Mount Ngauruhoe was a much more adventurous experience. The volcano is a steep sided cone which is a parasitic cone of Mount Tongariro and is composed of layers of lava and loose tephra which means climbing it is like walking up a gravel driveway which is on a 45 degree slope. On the day I climbed it unfortunately the top of the volcano was shrouded in cloud so I wasn’t rewarded with much of a view, however climbing to the top still brought a good sense of achievement. Usually there are views across to neighbouring volcanoes Mount Tongariro and Mount Ruapehu, the highest mountain on North Island, as well as Lake Taupo which is the largest lake in Australasia and occupies the caldera of a supervolcano. Heading back down from the summit was equally challenging as it is quite hard to maintain a slow speed whilst descending the steep unconsolidated slopes whilst trying not to dislodge and rocks and send them flying down the slopes. 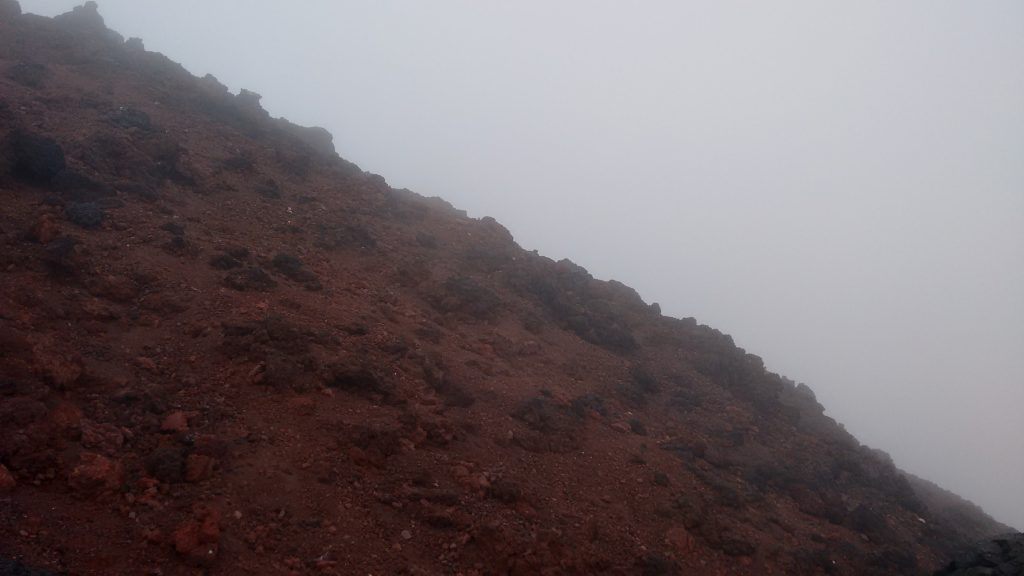 The slope of Mount Ngauruhoe. Although it looks like it, this image hasn’t been tilted – It genuinely is this steep! 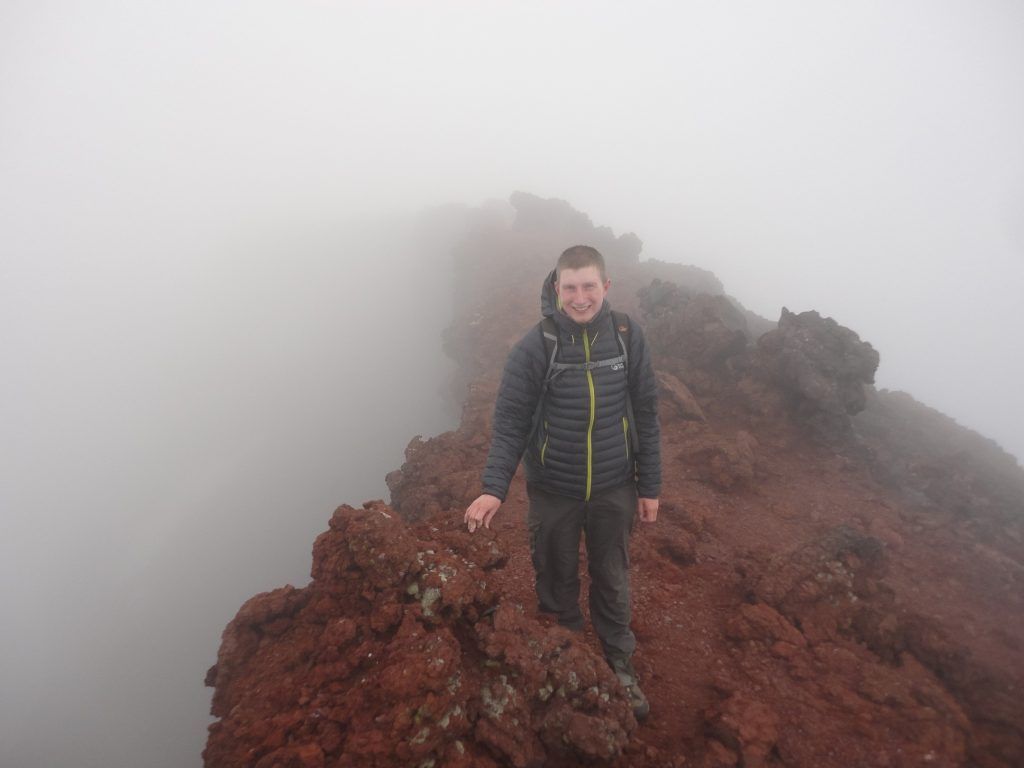 Standing on the edge of the crater, slightly disappointed about the lack of a view

There was something quite exciting about walking through this landscape which has been shaped by the volcanoes which still show signs of activity and being able to see the power that these volcanoes have up close. There have been many eruptions over the years, most recently in 2012 at the Te Maari crater of Mount Tongariro when steam erupted from the crater and launched rocks into the air. Impact craters and damage to a hut on the track from these ballistics can be seen and several steaming vents are also visible, highlighting that the volcano is still active. The walk lived up to my expectations and is up there as one of my favourite places I’ve been on North Island so far. I’ve been to plenty more exciting places over the past few weeks and I’ll be sharing a few in future blog posts, but for now all there’s left for me to do is wish you all a very Merry Christmas!

3 responses to “Walking with Volcanoes”