Christmas Away from Home

Having grown up with 20 years of Christmases in British winter, New Zealand’s Christmas in the middle of summer was definitely a strange experience for me. In the weeks leading up to the big day I kept forgetting that it was almost Christmas because it felt like the wrong time of year, until I was hastily reminded by hearing a Christmas song playing. Thankfully shops in New Zealand seem to space out their festive tunes with other songs more than back home, meaning in December I wasn’t hearing the same 10 songs on repeat and having them stuck in my head constantly!

As it was my first experience of a summer Christmas, the obvious thing to do was go to the beach. I felt like I had to stick my feet in the sea to get the full experience, but I didn’t think it was much warmer than the sea is back home in December despite the crowds of people happily swimming. Whilst I was on the beach eating ice cream I didn’t really feel festive at all, probably because I’m used to it being cold and spending most of Christmas Day indoors (apart from the traditional family afternoon walk of course!). I imagine if I’d grown up with hot and sunny Christmases and suddenly had a winter Christmas I would probably have the same lack of feeling Christmassy. 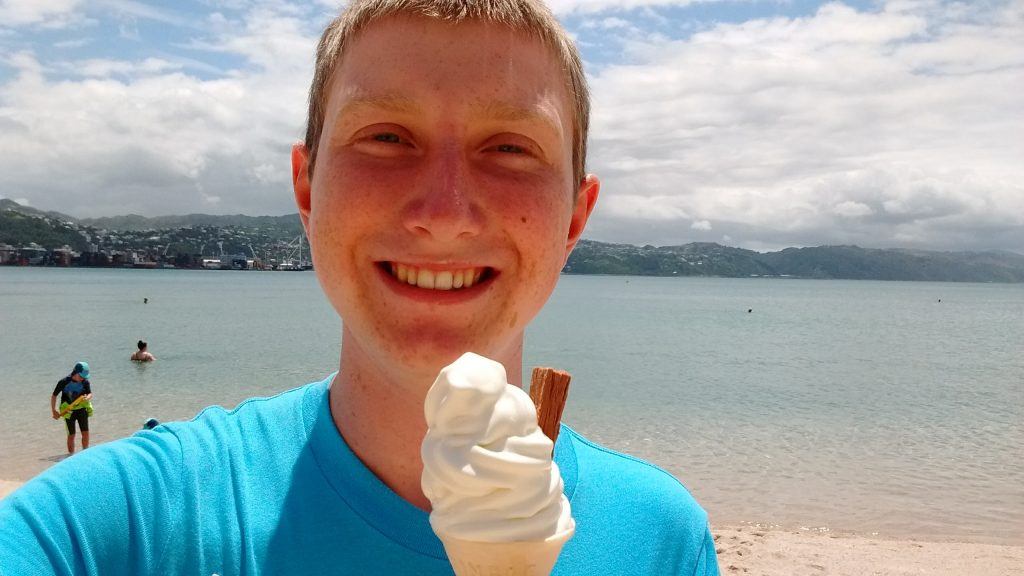 On the beach on Christmas Day

I didn’t spend long on the beach because my skin still isn’t used to the more intense and more frequently present New Zealand sunshine so I walked through shady forest to avoid painful sunburn, heading up to the top of Wellington’s Mount Victoria for some impressive views over the capital. 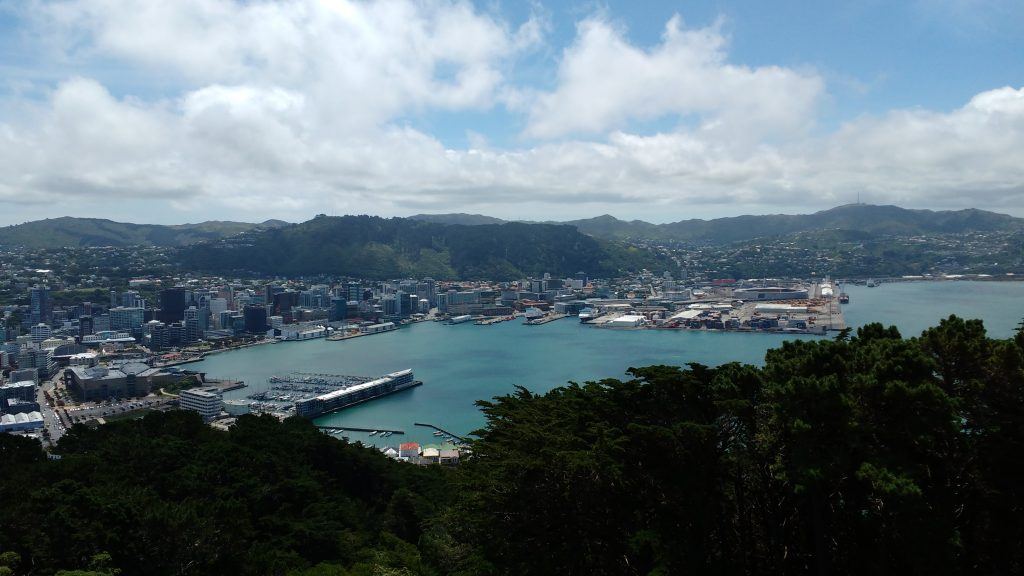 Wellington in the sunshine

The most difficult part about spending Christmas in New Zealand was the fact that I was away from my family. It has definitely been the time when I’ve missed being at home most during my year abroad so far. However, thanks to the internet home is only a skype call away and being able to speak to my family has made being away a lot easier. I considered going home for the Christmas period however I decided to spend my Christmas break in New Zealand instead for several reasons. At almost 30 hours, the flight back home isn’t something I want to do too often and a flight of that length also costs quite a lot so I’ve decided to spend the money on travelling in New Zealand and the South Pacific where it is certainly much warmer at this time of year! I’m glad I made this decision as even though I miss being at home, I’ve had an amazing few weeks exploring lots of New Zealand’s beautiful and fascinating sights.

This evening I’ll be welcoming in the new year in one of the first countries in the world to do so which I’m excited about. All the best for 2017, wherever you are in the world!