Last week was orientation week for semester one which was supposed to be bigger and better than the O Week I experienced last year in semester two (think of Freshers vs Refreshers). However, apart from the higher number of freebies, the better quality barbeque (I think people complained about just getting a slice of bread with a sausage) and the crazy assault courses, the O weeks didn’t differ by much. Since I had already done all the campus tours and welcome talks last semester, I was free to roam the stalls, check out the social activities and try to rack up as much freebies as I could.

I really enjoyed going around the stalls. Macquarie University has a large variety of clubs and societies ranging from the Mac-apella’s to Women in Business to Queer Collective to a wide range of cultural societies, political societies, sports clubs and so much more. I ended up joining a few more societies than I initially planned.

I also enjoyed going to the social activities they had on during the week. Since a lot of my friends left at the end of last semester because they were only at Macquarie for one semester, I decided to partake in certain social activities again in order to make new friends. For example, during O week, the university runs an activity called Speed Friendship which is as corny as it sounds but it’s actually a great way to meet people who actually want to make new friends. You end up doing a bunch of icebreakers, team building activities as well as a musical surprise at the end. The university also runs social activities such as an Outdoor Cinema, a Pool Party, Aussie Sports by the Lake, an International Students Welcome, Sydney Sights Walking Tour, a trip to Taronga Zoo, a Harbour Cruise etc. and a lot of these activities include free food and the chance to meet new people.

Also if you live on campus, most accommodations throw O Week activities too, for example, free food events if you are self-catered, parties and cruises. I think the best thing about O Week has be the free food. Because Australians love their BBQ’s, there’s one almost every day as well as free ice cream, free pizza, free drinks and free sweets.  The worst thing about O Week is that sadly it only lasts a week and classes start again the week after. 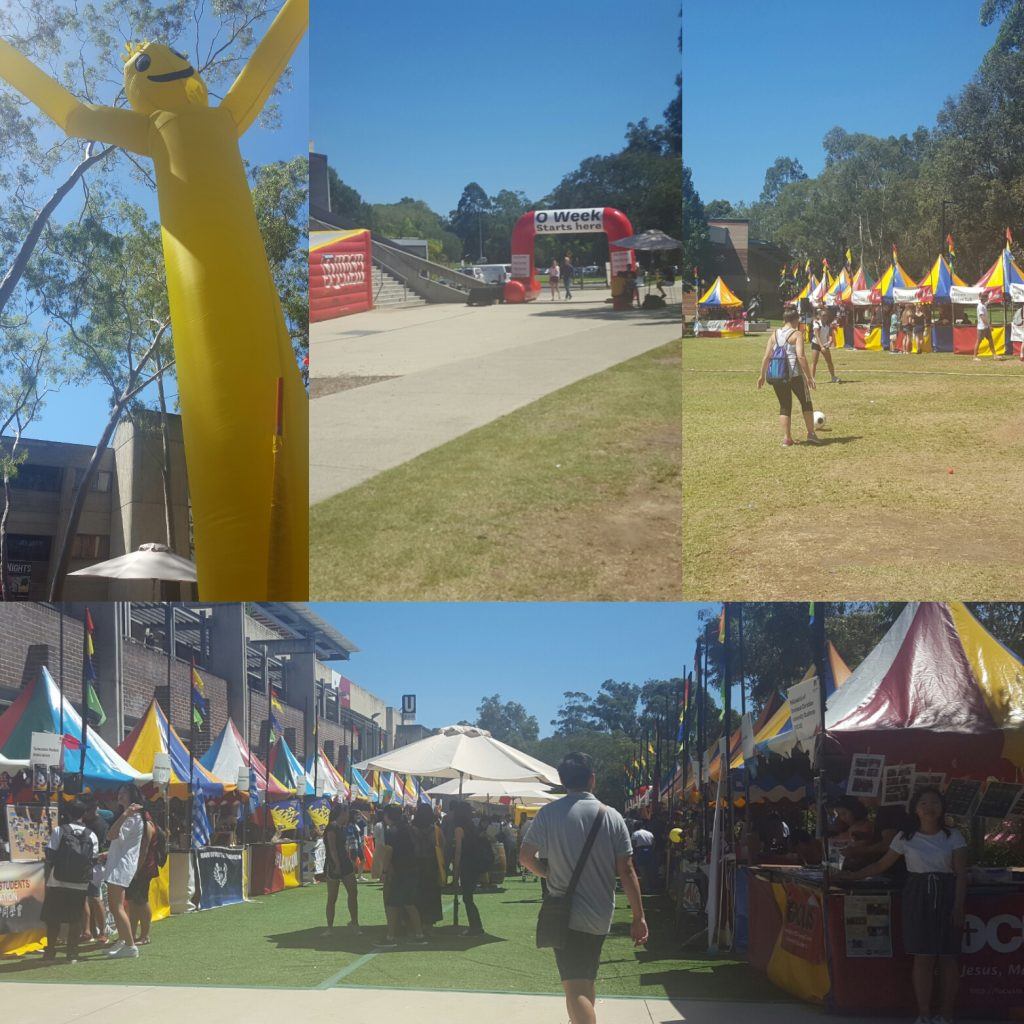