While on your year abroad you’ll probably meet a load of people from the country you’re living in which is great – you get all the insider knowledge, if they live in a different part of the country you might have somewhere to go and visit, and it can help you settle in. But you might also find there are times when you want to find someone who’s in the same position as you because sometimes you just need someone who ‘gets it’ and can empathise when you’re missing home, or craving your parent’s cooking.

I live in a college on campus and am lucky enough to live with quite a few other exchange students (some of whom are also Leicester students) and it’s been great to have that little community – we go on trips together, remind one another of important things like applying for Student Finance or that it’s Mother’s Day on Sunday (because it’s not until May in Australia), and give one another tips of cool places we’ve been or things to do in the city.

So whilst I’ve been really fortunate to land on my feet when it comes to meeting other exchange students, it’s not always that easy and sometimes you might want to try to make friends outside college/halls of residence. Societies are a great way to meet new people, including internationals, and here at Macquarie (just like at Leicester) they have loads. One of the societies I joined as soon as I got here is the exchange society, which has not only been a good way to meet people, but also great for trips or getting ideas for trips. I’ve not been the most active member of the society because I can’t make all the events, but I’ve met some really nice people from various places across the globe, and the people who run it are all Australians returning from their time abroad so not only do they have all the insider information on Sydney, but they also get what it’s like being on exchange – the best of both worlds.

Over the last eight months I’ve been along to a few of the Exchange Society events. The first was the Bledisloe Cup which is a rugby union tournament between Australia and New Zealand. So within a month of getting here, I was lucky enough to watch an international rugby game between the Wallabies and the All Blacks at one of the biggest stadiums in the country. I didn’t even realise this game was going on until the society organised the trip, and that evening alone made me so pleased I’d joined the group. 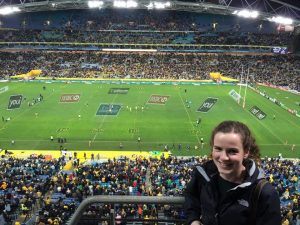 At the beginning of the mid-semester break there was a three day trip to the Blue Mountains organised by the society. This was ideal for a lot of the internationals in college because we could all go together (I think half the trip was from college) and it was all organised for us so the 9 of us didn’t all have to coordinate plans and work out what we wanted to do. So we had three days wondering around the Blue Mountains, visiting part of the massive cave network, and checking out some cool waterfalls and we didn’t have to plan any of it. 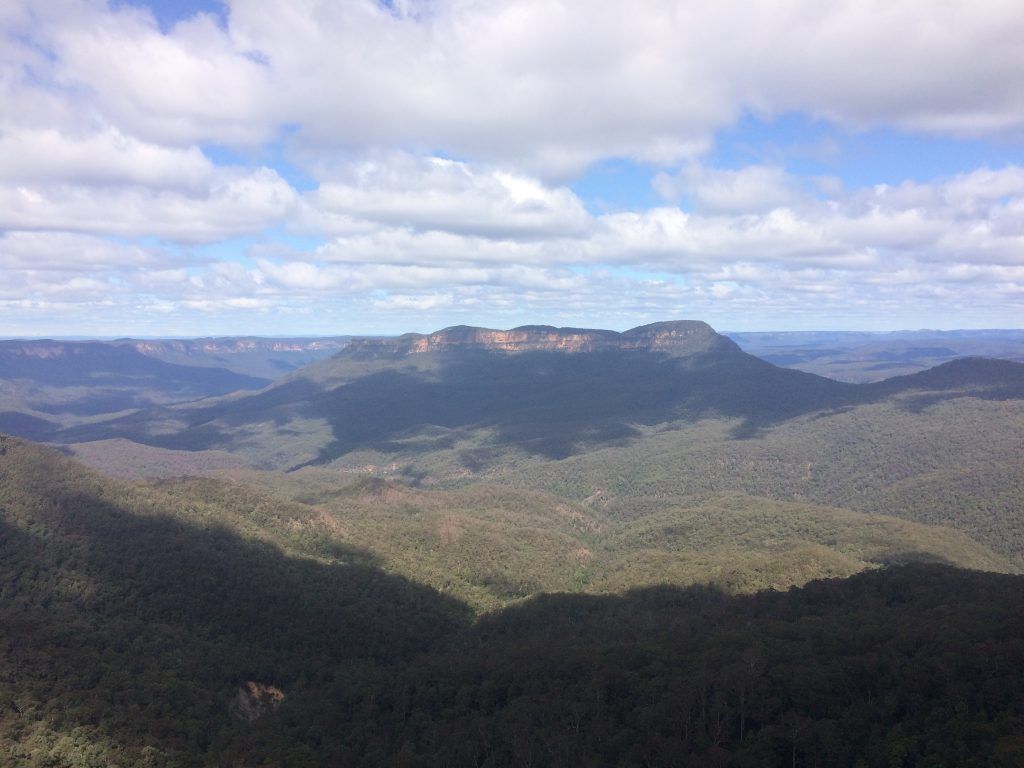 There are other events coming up this semester which I might be going to – a surf lesson on Manly Beach (I tried surfing in New Zealand over the summer but feel that you can’t come to Australia and not surf here), a trip to an Australian Rules Football match which I also feel is a must-do, and a visit to Taronga zoo on the harbour. So plenty to keep me busy.

If you do go on exchange, I really recommend joining the exchange society (assuming they have one). You’ll be able to meet more people and also get to do some really cool activities that make your time abroad that bit more memorable.

One response to “Your university’s exchange society”