Fish and chips, a decent cup of tea, Victoria sponge cake, scones. Just some of the English foods that I miss most and will be devouring within the first 0.8 seconds of arriving back in the country in July. However, whilst there are many English delights that I miss (and my parents’ cooking), I have been exposed to a whole host of new Australian foods whilst over here. Some of them are delicious, some of them not so much. Walking around a supermarket the other day I realised there was still a lot I hadn’t eaten so I’ve conducted a bit of a taste test and thought I’d feedback so, if you ever come to Australia, you’ll know what to try and what to avoid. A lot of calories have been consumed to write this post but it’s worth it. For science and everything.

So I have tried these before, but I felt they had to feature because they are so Australian. It’s basically a little slice of chocolate goodness, very similar to a Penguin bar (minus the witty joke), and also slightly sweeter. You’ve got two biscuits sandwiched by some chocolate cream, and then covered in chocolate. They come in a whole host of flavours like pina colada, caramel, white chocolate, toffee apple, and the good old original. I’ve also been told to do the Tim Tam Slam which involves biting either end off and then using it like a straw for hot chocolate, so that’s on the to do list. I have fallen under the spell of Tim Tams and do like to treat myself to a packet every so often. Might have to sneak some back in the suitcase.

These are basically small crackers, which also come in a whole host of flavours: pizza, bbq, cheese, salt and vinegar, chicken… It’s a long list. I just went for the regular cheese flavour and I was pleasantly surprised. They’re quite similar to Mini Cheddars but a bit cheesier. They were also quite addictive so I managed to get through the box quite quickly. The only downside is that my hands did smell like artificial cheese for a few days after, despite washing them multiple times to try to get rid of it. I will probably buy these again and am keen to try a new flavour.

This is a strange one. Like, really strange. It’s a cherry filling, covered in chocolate. So far, so good. But then they’ve covered the chocolate in desiccated coconut and suddenly it takes on a whole new dimension, and I wasn’t sure I liked it. It makes it all a bit of a weird texture and overly sweet. A chocolate bar I won’t be eating again. Sorry, Australia.

I’ve found myself having the Marmite v Vegemite debate multiple times here (Marmite all the way). Vegemite is pretty similar to Marmite and so toast/sandwiches are prepared the same way i.e. not too much and loads of butter. I had a Vegemite sandwich made by an Australian so I know it was legit, I just didn’t really like it. Before I came to Australia I was told I wouldn’t really like it, despite liking Marmite, so I guess I shouldn’t be surprised.

Australians have a thing for covering sweet things in coconut, and this is one of the things that really takes it to the next level. A Lamington isn’t anything special – plain sponge, dipped in chocolate, and then covered in coconut. But despite the simplicity, they’re really really nice! The sponge was super soft and the ratio of everything is perfect. I’ll definitely be having these again.

So that’s my opinion on some quintessentially Australian foods. If you’re ever on exchange, make sure you try as many new foods as you can as you might stumble upon something delicious, and calories don’t count when you’re just immersing yourself in a new culture. 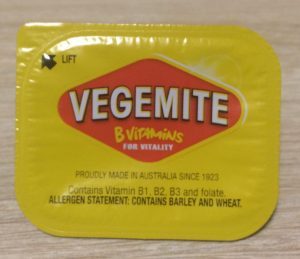 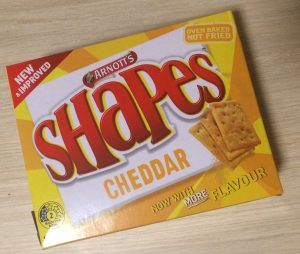 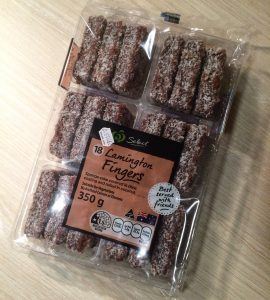