Four days in the Outback

So despite the fact the Outback is a place of pretty much nothing, there are a few tourist destinations out there. I’m not talking museums, theme parks, or amazing pieces or architecture (a la the Sydney Opera House). Instead they’re entirely natural features, and the three I went to see were Uluru (also known as Ayers Rock), Kata Tjuta (aka. the Olgas) and Kings Canyon. All three are very different, which made it a fascinating four days.

Uluru is probably the most well known of the three landmarks, and one you’ll probably all recognise. It’s a hugely important sacred site for Aboriginal Australians and so all visitors are heavily discouraged from climbing it. Instead, we did a walk around part of the base (you can do the whole thing, but we didn’t have the time). I knew that Uluru was vast, but it was only when I got up close to it that I realised quite how big it was – you suddenly feel incredibly small.

Sunset and sunrise are really impressive at Uluru, and no two are ever the same (just check out Instagram or Google it to see what I mean). You can do helicopter tours of the rock at these times of day, but instead we just watched from a viewing area a bit further out. As if the colours in the sky weren’t impressive enough, Uluru also seems to change colour with the light. Despite the fact we had to wake up at 5:30am to watch the sunrise, it was well worth it and something I won’t forget. 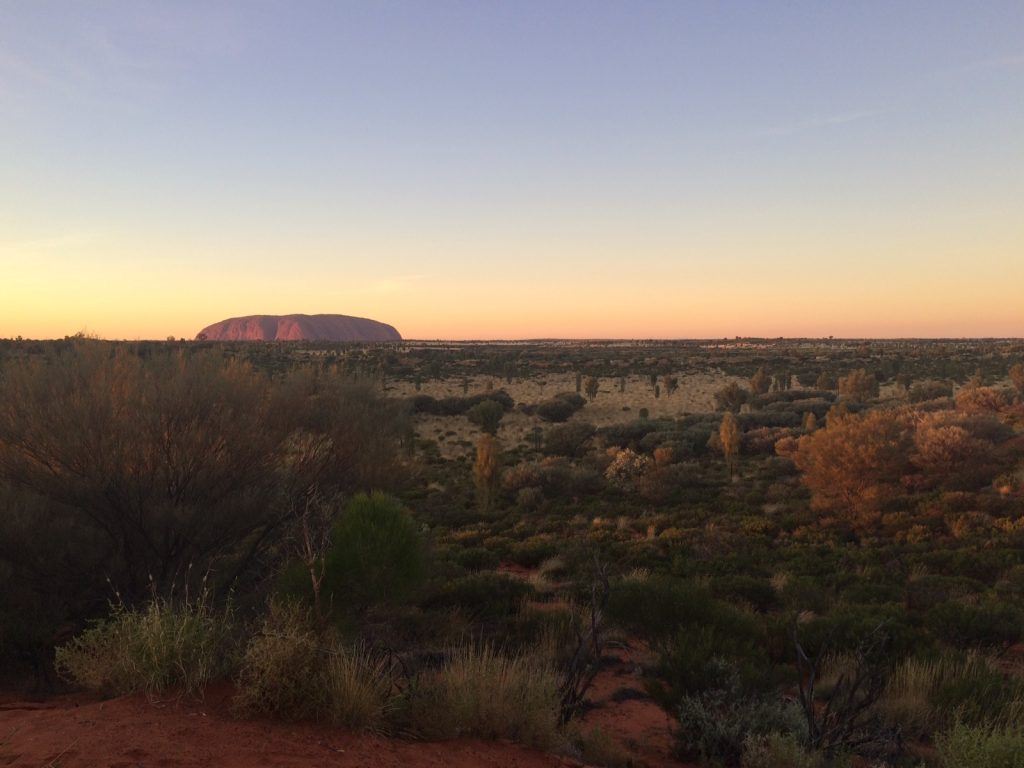 Kata Tjuta is hard to explain, so you might just have to check out the photos below. But it’s a series of domes that have been slowly eroded by wind to form their current shape. Unlike Uluru, which is a solid rock, you can walk between the domes which made for a really interesting morning walk on our second day. It was super windy (probably why they have eroded) and it definitely felt like walking on Mars – the stone is so red due to the rock oxidising and forming rust. We got to a brilliant view point at the end which looked down between two of the domes and I was blown away (not literally) by the beauty of the Outback all over again. 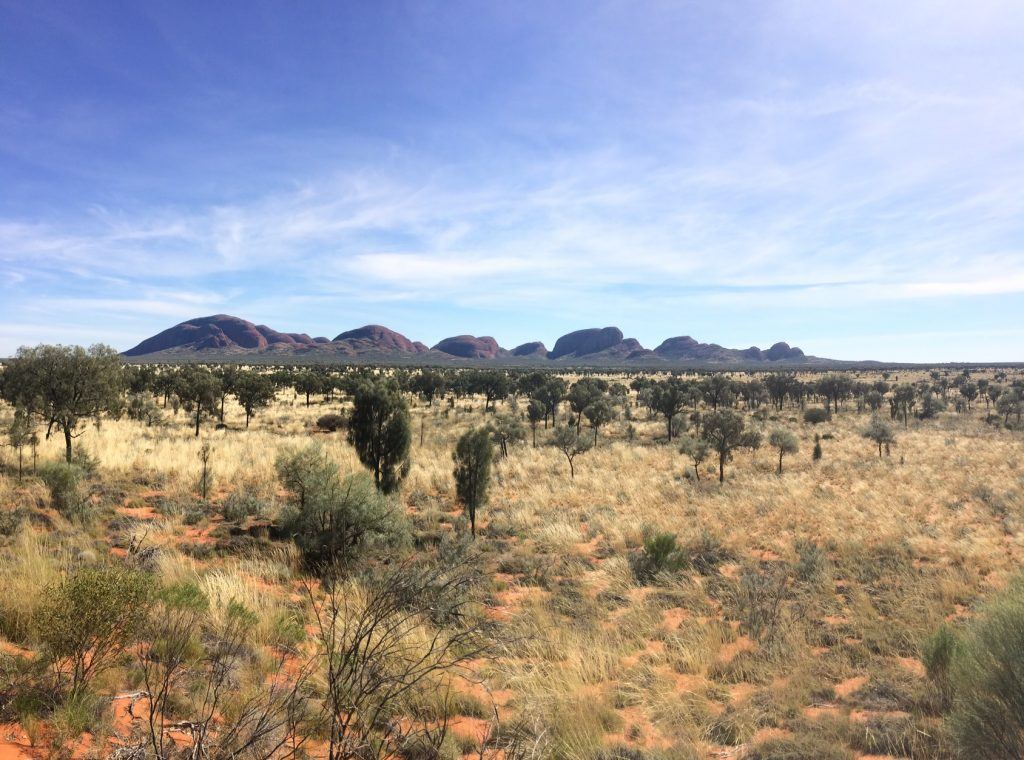 The domes of Kata Tjuta 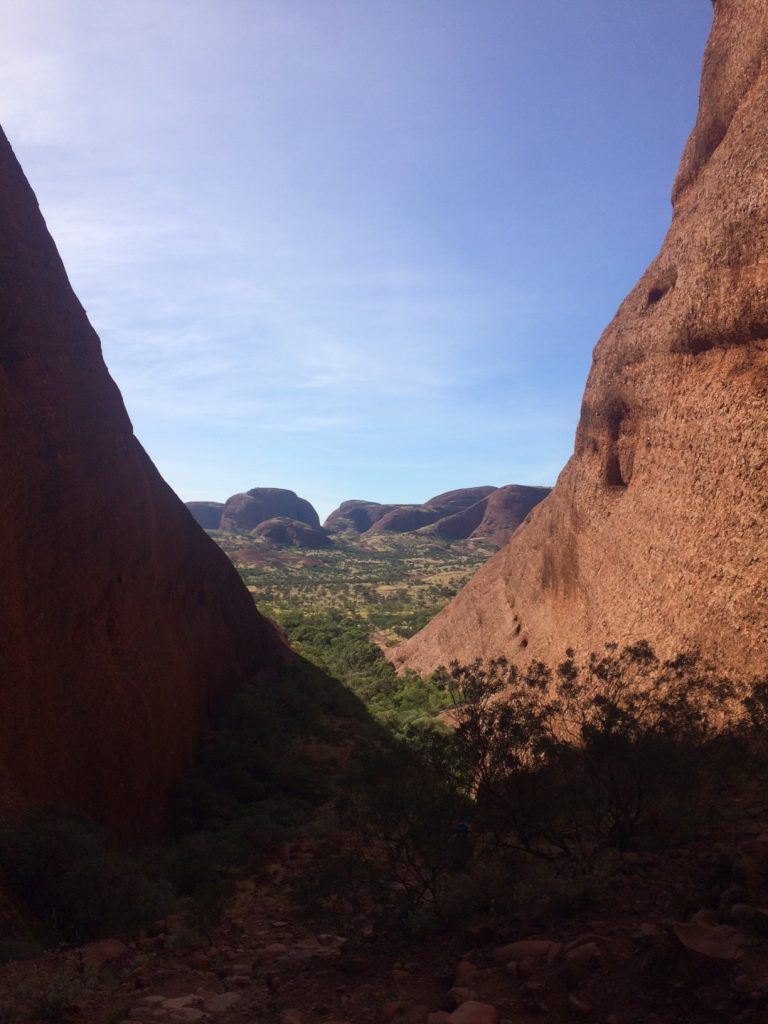 The view at the end of our walk

Whilst I went to the Outback for Uluru, I came away with Kings Canyon top of my favourites list. We did have to wake up at 4:30am so we could start the climb at sunrise when the light was best, but it was so so worth it. We did the rim walk round the edge of the canyon and got some stunning views. It’s also made up from a series of domes, although a different structure to the domes at Kata Tjuta, and it just seemed to go on for miles. At the base of the canyon is an area known as the Garden of Eden, where two huge water holes appear from nowhere and endless plants grow. The walk only took about three hours, but at every turn we saw amazing views, or beautiful skies as the sun rose, and I felt like I could have stayed there forever. 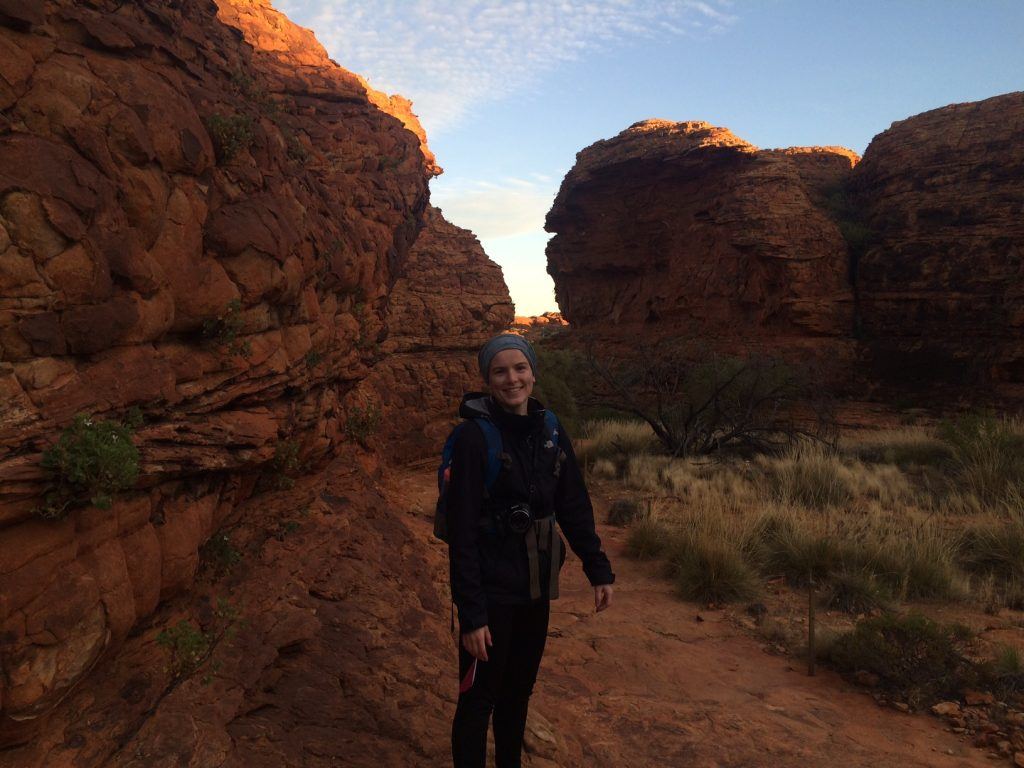 Cold and tired, but very excited 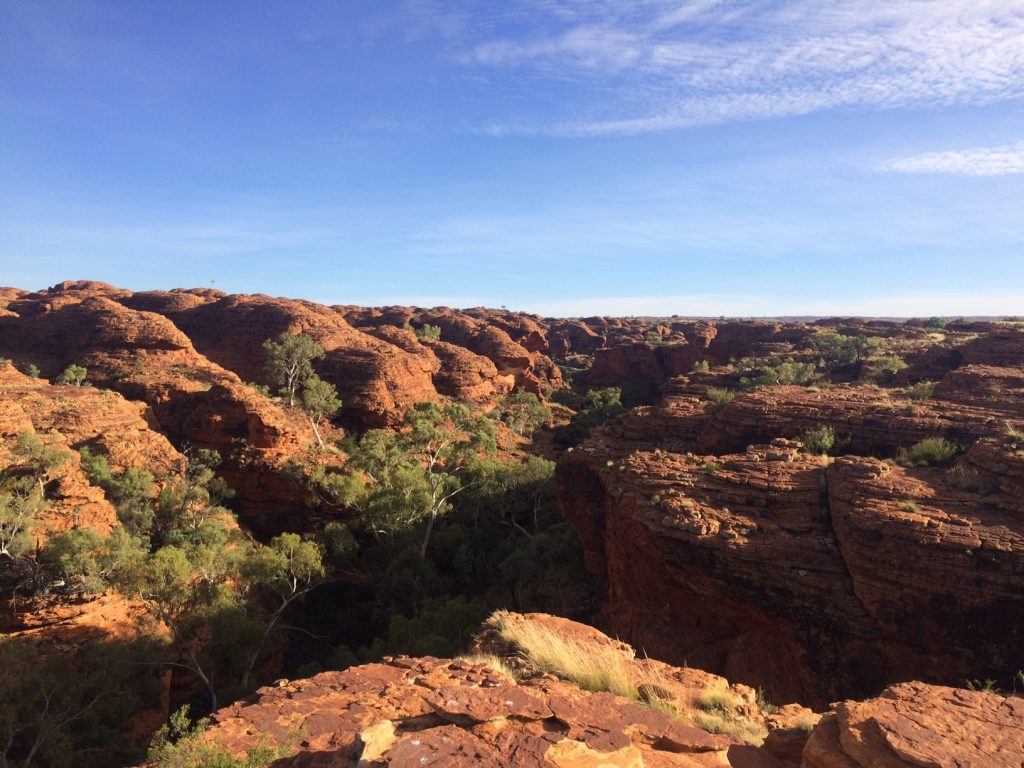 The endless domes of Kings Canyon

Obviously not a tourist destination, but one of the highlights of the trip was sleeping out under the stars in a swag (imagine a tent but just for the body). Due to the lack of light pollution the stars were amazing and we saw loads of shooting stars. It was a little chilly when the wind picked up, and we did see a couple of dingoes (wild dogs) but it just contributed to the overall experience and feeling genuinely like you were in the middle of nowhere.

Although I did only spend four days in the Outback, it was one of the most Australian experiences I’ve had. If there’s a place you want to go to when you’re on your year abroad, but it’s a bit of a way away or seems difficult to travel around, definitely get researching. Because the chances are there will be a way to see it and it will probably live up to your expectations (I know the Outback surpassed mine, because it’s now my favourite place in the country and can’t wait to get out and explore more).