Over the Easter Mid-semester break I headed off on my final field trip of my time in New Zealand. This time the destination was Oamaru and the Waitaki Basin on the east coast of South Island. The aim of the trip was to gain an understanding of the geology in the area and reconstructing the series of events and past environments which caused the rocks as they are today.

Throughout the trip we visited lots of outcrops with activities ranging from studying limestones, sandstones and igneous rocks to mapping a former volcanic island and hunting for fossil sharks’ teeth in a quarry. The observations and data about the rocks found in the area I gathered on the trip now form part of the post-trip report which I have to write as part of the assessment for the course.

On day 1 we set off bright and early (8:30am on a Saturday counts as early, right?) from Christchurch and headed to our first 2 outcrops where we saw some of the main sedimentary rock units that we’d encounter throughout the trip. Part of this involved walking down a river which meant wet feet, but thankfully for the rest of the trip my feet stayed mainly dry (unlike my last field trip which involved crossing streams several times every day.

The next morning we headed out to a limestone quarry with lots of 25 million year old shell fossils. After spending the morning studying the different limestones and fossils found at the quarry, we were let loose on the waste pile where all the coarse material rejected from the sieves (including lots of fossils) is dumped to collect fossils. The main target was sharks’ teeth which are found in the quarry, but digging through the piles was pretty close to looking for a needle in a haystack. A handful of people managed to find teeth but unfortunately I wasn’t one of them. After lunch we visited a cliff section with some very impressive preserved channel structures and looked at another outcrop of limestone. 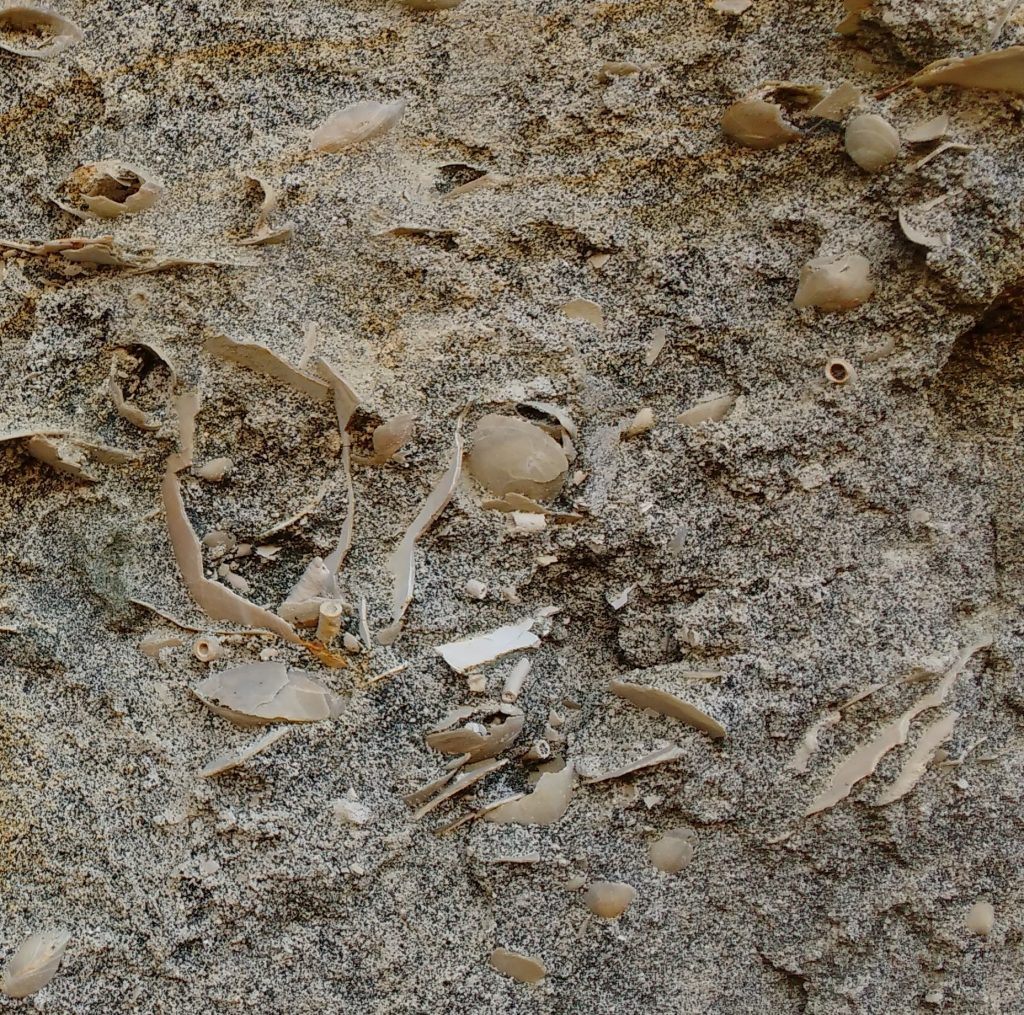 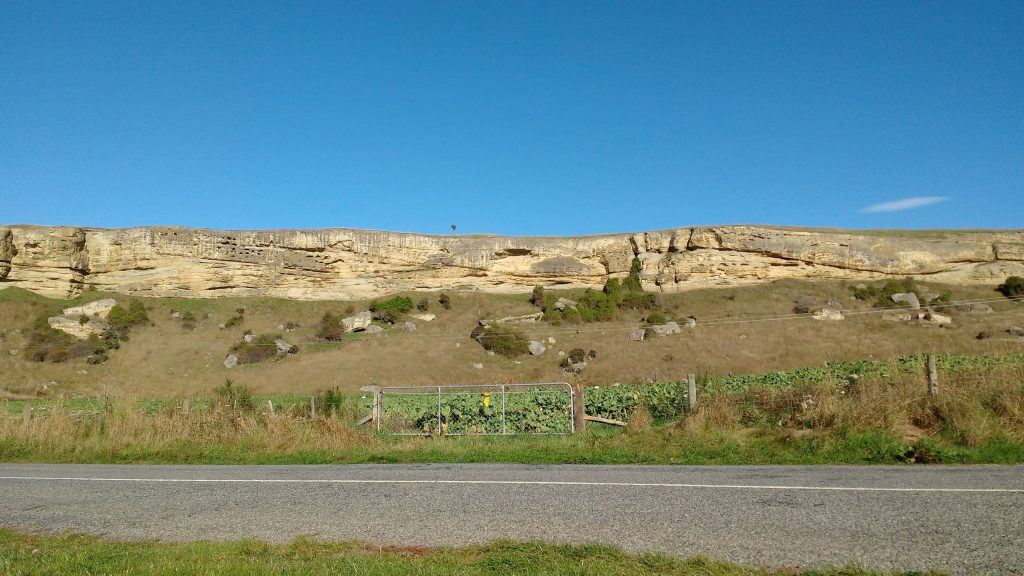 Due to the tide times, on day 3 we had to get up very early and leave our campsite at 6:45am in order to get to the first 2 stops of the day before they were underwater. Thankfully we were rewarded by an impressive sunrise as we arrived at the first outcrop. The itinerary for the day was varied with sedimentary rocks, an unusual volcanic breccia and 3 quarries. 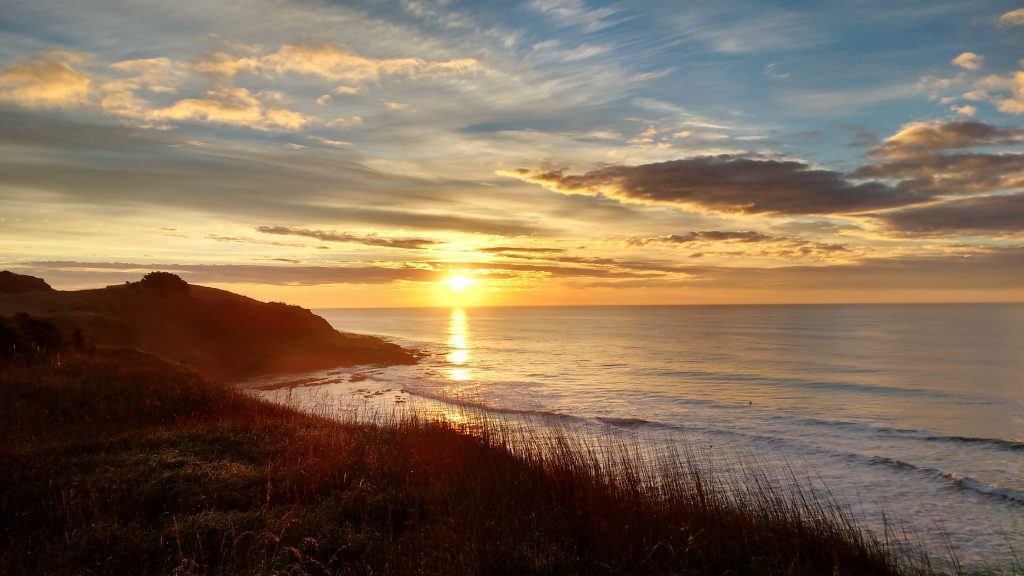 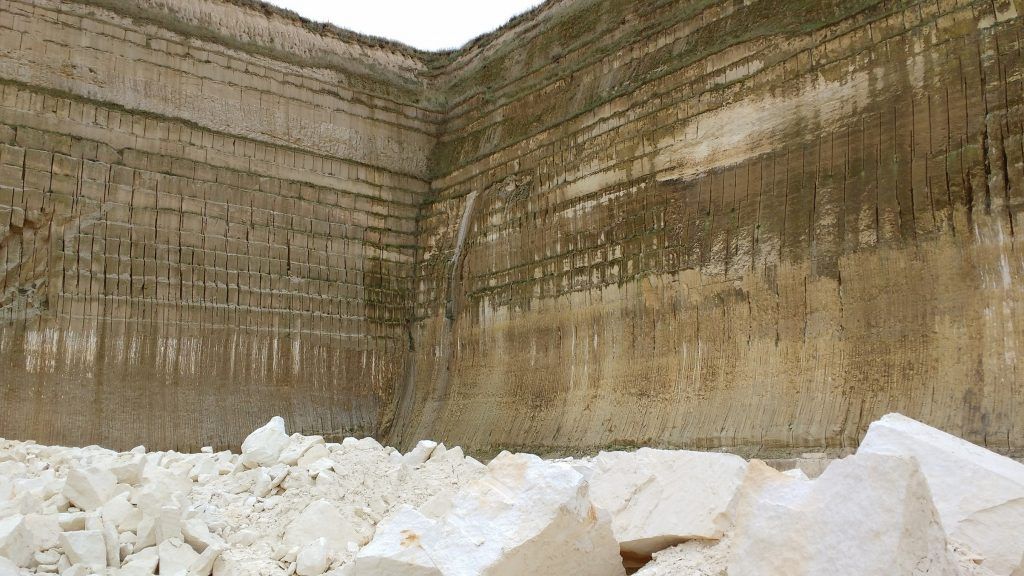 Parkside Quarry, where blocks of Oamaru Stone is quarried for local buildings

On the morning of day 4 we visited a sequence of volcanic rocks consisting of ashfall deposits and some very impressive pillow lavas, which are pillow-shaped blobs of rock formed when lava is erupted underwater and cools quickly forming a skin which then inflates like a balloon. Next we had a field outcrop test, where we were taken to an outcrop and given an hour and a half to describe and interpret what was going on with the rocks with no help from the lecturers. After stopping at McDonalds for lunch we visited the Tokerahi Sill, formed by magma injected into layers of sediment. 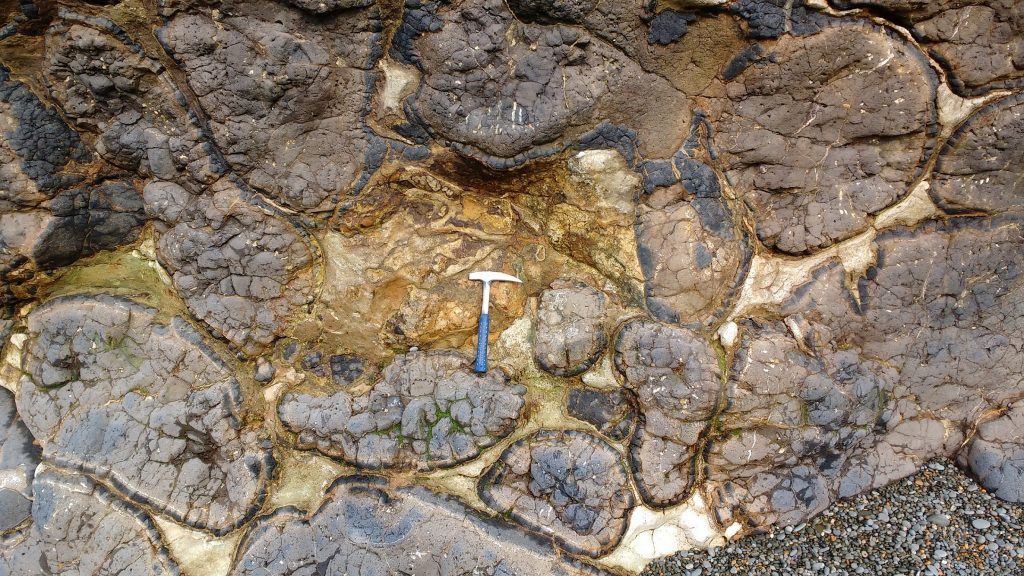 Pillow lavas in limestone (not a fossilised giraffe) 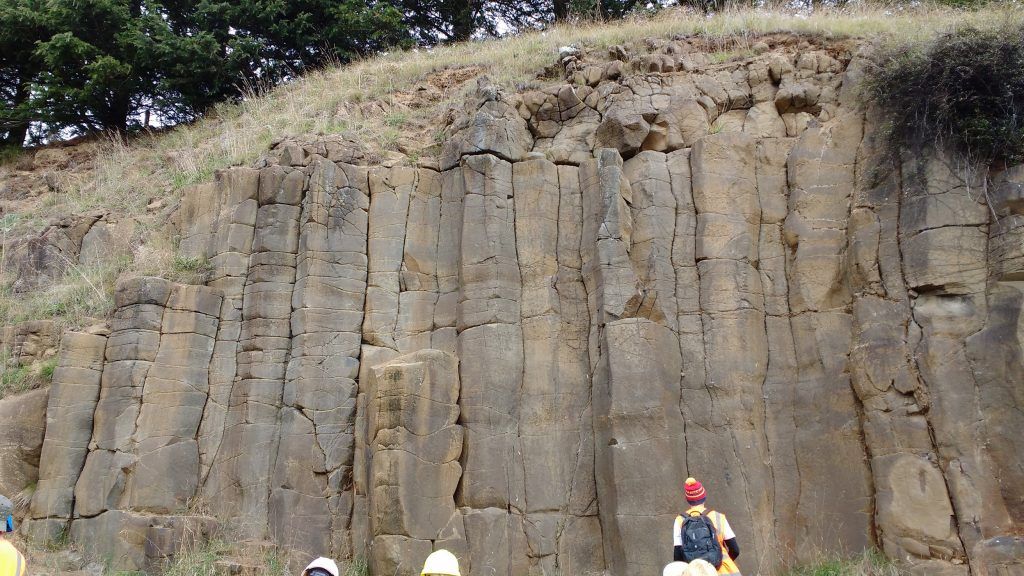 Columnar joints in the Tokerahi Sill, formed by magma contracting as it cools

The next day we started our mapping exercise and over the next 3 days we spent the mornings collecting data to create a geological map of an area where an old volcanic cone had formed an island with limestone deposited on it’s flanks. In the afternoon we visited Oamaru’s Rainbow Confectionery factory shop and everyone came away with several bags of slightly imperfect rejected sweets, before rounding off the day with some outcrops of metamorphic rocks. We continued the mapping exercise for the next 2 days, before a late night finishing off maps on the last evening of the trip. On the final morning we packed up and headed to a local fossil museum before returning to Christchurch. 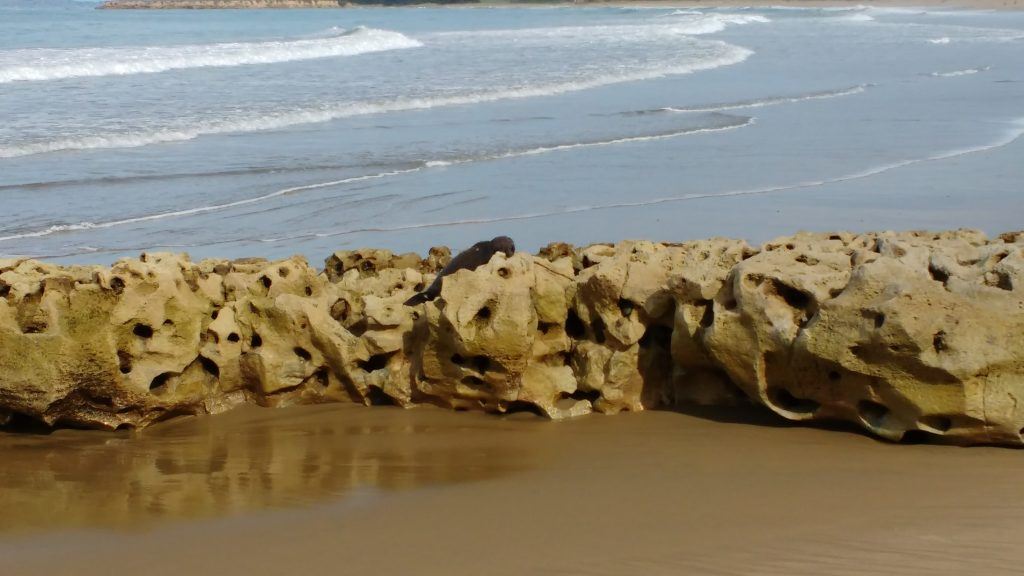 With good weather, being outside is a lot better than being stuck in a lecture theatre and with geology the best way to learn is by going and seeing rocks in the context of an outcrop. This was my last field trip in New Zealand, next on the fieldwork agenda is Sicily at the start of fourth year in September.