On Sunday I finally visited Wedding Cake Rock in the Royal National Park. On my first attempt to visit the rock, I got as far as the ferry until I realised I wouldn’t be able to get there before it closed. I ended up seeing another part of the National Park which was very different but also very beautiful. 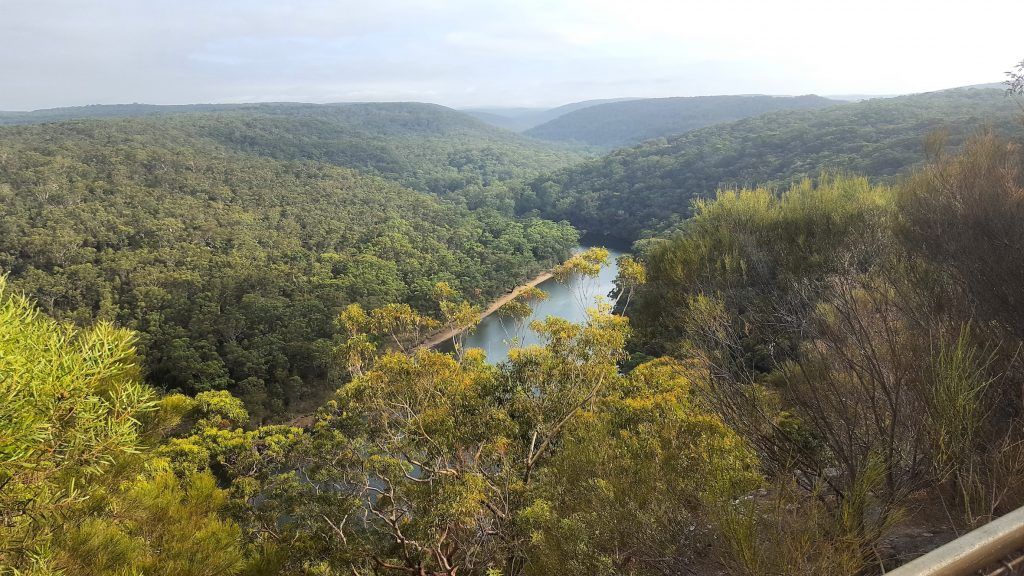 On Sunday I tried again and to get there it took 2 hours by train, 30 minutes by ferry and then a long walk to the Rock. The trail to the Rock was very picturesque as it was along the coast so we got to see the water just below the edge of the cliffs. The walk also wasn’t too difficult (until you got to the steps) so walking to the Rock took about an hour and walking back took half the time. 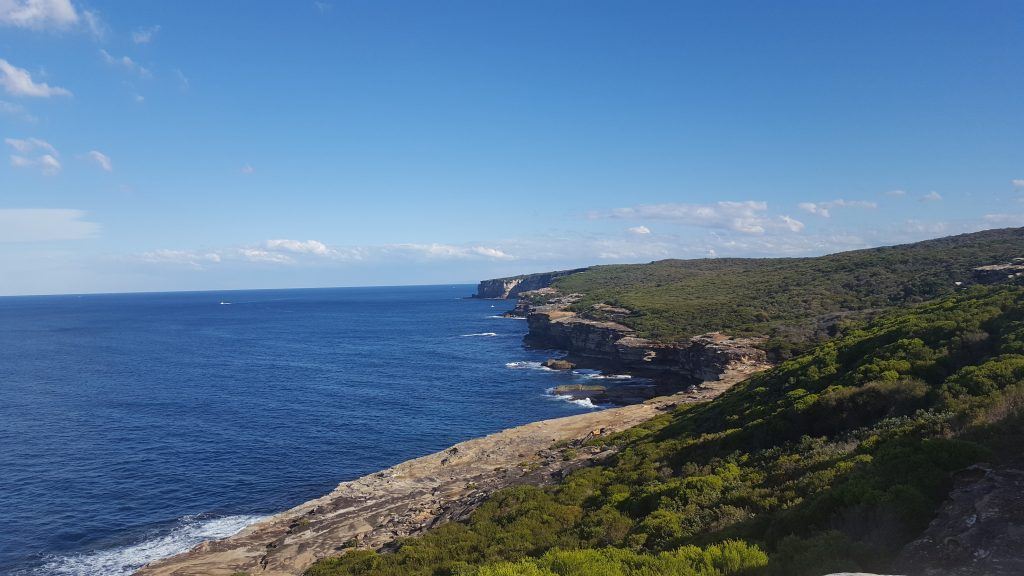 View from the Coastal Walk

The view from Wedding Cake Rock was beautiful. The Rock is made of white sandstone and it is very weak and is constantly eroding and crumbling into the sea. Although there was a tall barrier blocking people from getting onto the rock, that didn’t stop the tourists from climbing over and sitting right next to the edge to take a picture. The rock would’ve looked better if there weren’t so many people standing on it but I was happy I got to see it nonetheless. 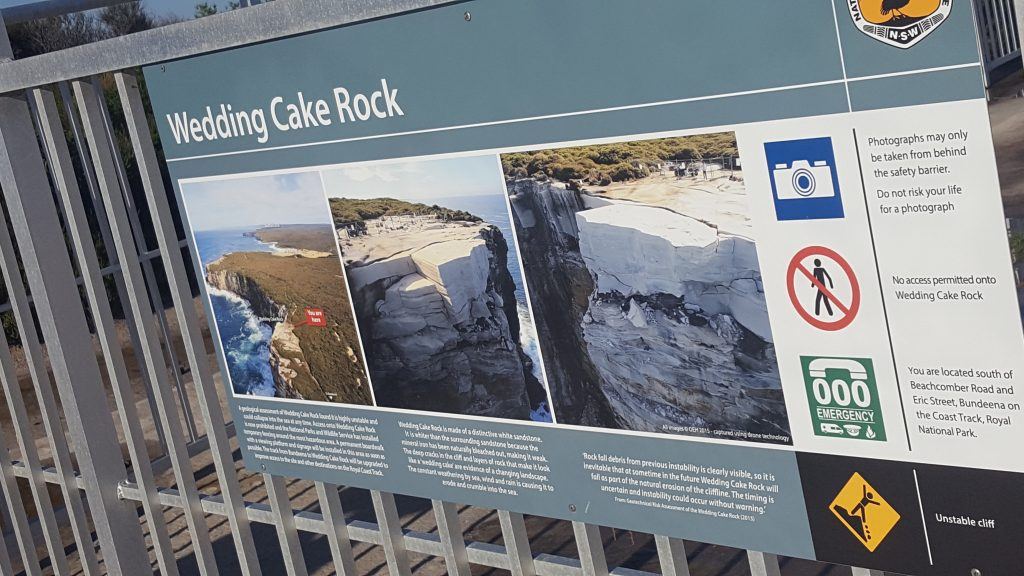 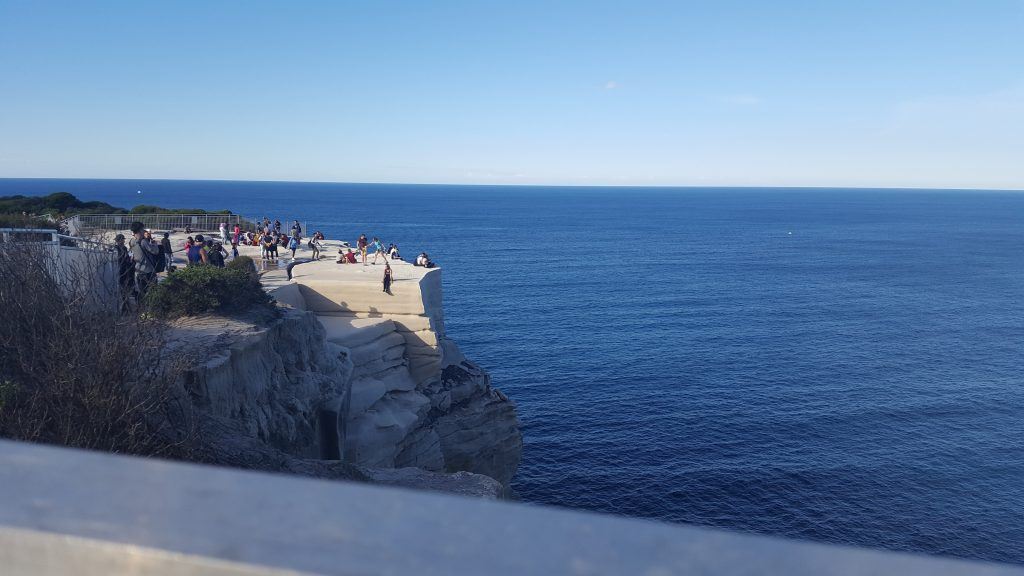 My View of Wedding Cake Rock