Posted by Yekaterina (France and Spain) in Study Abroad on September 10, 2017

Bonjour! I have now arrived in the beautiful city of Avignon in the south of France! If you’re reading this then you are most likely considering studying in France. I’m hoping that this blog will help you to make up your mind as to where exactly in France you’d like to study. 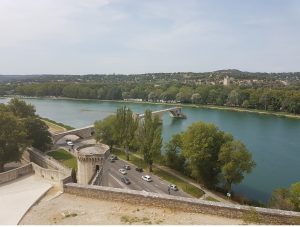 So, why did I choose to study in the South of France?

Well, it all began with choosing to study Modern Languages at the University of Leicester. Being a Modern Language student at the University of Leicester comes with the bonus of a fully funded three week summer school at the end of your first year. If you study two languages at advanced level (like me), then you can choose which country you’d like to go to. If you’re a beginner student in one of the languages that you study, it’s compulsory that you go to that country in order to improve that weaker language and become more fluent.

Therefore, I was put in a position where I could choose to study in either, ‘Santiago de Compostela’, Spain or ‘Montpellier’, France. For me, it wasn’t a hard decision because I feel that French is naturally a harder language and I really wanted to increase my confidence when speaking French. So, voilà! that was the first time I set foot in the South of France and I enjoyed every minute of it! 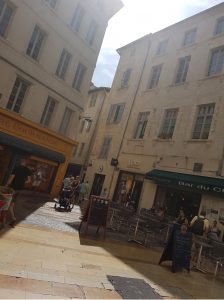 A typical street in the centre of Avignon

Whether you end up studying in the north or south, France is beautiful and you will improve your language skills wherever. However, the South has this charm about it that I’d really like to share with you all.

2. The weather– Yes, the weather in the South is very warm! it is a bit windy but the heat makes up for it. Since I arrived at the end of August, we’ve had highs of 40 degrees, on average i’d say it’s about 26 degrees in September! 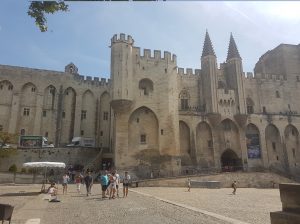 3. The culture– Avignon for example is a tourist destination and this is because of its famous monuments such as ‘Palais de Papes’, the palace of the Popes. There’s plenty to see and do and transportation links allow  you to visit other little French cities (the ones you see on the postcards of Provence for example).

It’s hard for me to tell just yet but based on my first week, I can say that it isn’t as organised as in the U.K and the French system is extremely bureaucratic, you’ll need to provide documents for literally everything. I currently just finished making my own timetable, apparently as I’m an Erasmus student i’m not enrolled onto an official degree at the ‘l’Université d’Avignon’ and therefore I have to look through the list of classes available and basically pick the classes, making sure they don’t overlap etc. 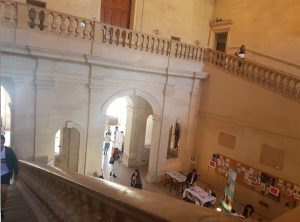 Inside the University campus, ‘Hannah Arendt’, at the ‘l’Université d’Avignon’

Also, the education in France is a lot cheaper than in the U.K so the universities are not as modern. In Avignon, the classrooms are nice but the teachers still use blackboards with chalk and the tables and chairs are made of basic wood. However, for me that’s not a problem because the university has a lot of character, high ceilings, tall traditional windows and the staircase looks like it’s come out of a museum! so there are many positives! but this is just based on Avignon, depending on the uni and department it may be in fact similar to the U.K.

Finally, I am happy with my decision to study in Avignon as it’s a beautiful place and the university has a lot of charm and character. I have attached some photos that should give you a feel of what it’s like to be a student in Avignon. If you have any questions about the summer school at Leicester, studying in France or anything Modern languages related please feel free to leave a comment below, I’d be happy to hear from you! 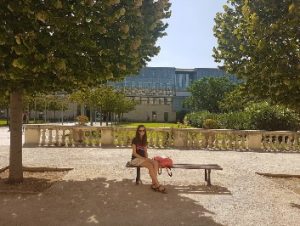 2 responses to “Studying in France”