Over the first week of my mid-semester break I travelled to the Red Centre with a couple of friends to see Uluru. Uluru is a sacred rock of the Anangu people, one of the aboriginal groups that lives in the Red Centre.  Not only was this trip eye-opening as I learnt so much about the culture of the Anangu people, but it was also incredibly fun! The views of Uluru at sunrise and sunset are second to none, its incredibly beautiful!

My friends and I booked onto a 3 day tour of the area that involved seeing both Uluru and a nearby rock formation called Kata Tjuta as well as hiking around and through King’s Canyon.The activities we did were amazing but it was made even better by the group we had – the group can really make or break a tour and we were so fortunate to have 18 such nice people for such varied backgrounds.  To name but a few things, I found myself practising my Spanish for the first time in a long while as I chatted to a lovely Spanish man named Angel, and I spent hours nearly crying with laughter with the British passengers as nothing beats the old British sense of humour!  It was such a great few days, filled with amazing culture and the making of many new friends. 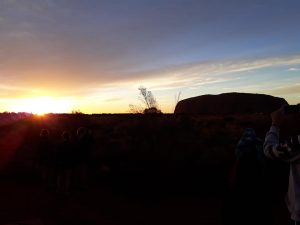 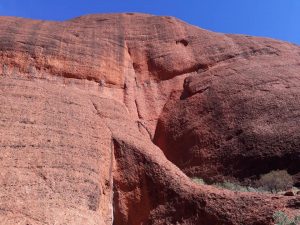 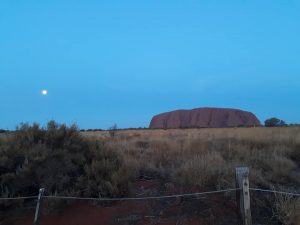