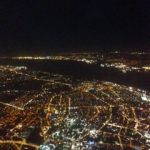 It’s finally happened, the day I’ve been dreading and hurtling towards at record speed for the past few months has came and gone, and I have officially left Berlin and finished my Erasmus year abroad. Given that I can honestly say that I’ve never felt as happy, free, entertained and at home as I have […]

The last few days have been difficult for myself and for millions of others who saw our future within the European Union – a future based on cooperation, solidarity and mutual prosperity which was denied to us on Friday. I won’t go into details regarding my own thoughts and feelings towards Brexit, as this is […]

As you may know, yesterday was officially the first day of summer, and whilst it has pretty much been summer here for the past couple of months, I thought now would be a good time to reflect on how much Berlin shines when the sun is out, as the locals shed their black leather coats […] 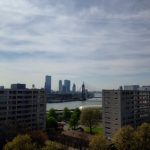 In case you didn’t know, I’m a triplet, and my two siblings (both girls) are just as internationally mobile and passionate about travel as myself, with one sister spending her Erasmus year abroad in Rotterdam, and the other enjoying a semester in Budapest. Whilst I spent much of the previous summer in Hungary, I had […]

During my time here I’ve generally enjoyed every second of it and luckily I can’t say that I’ve felt homesick even once, however one thing I didn’t bank on was falling ill. That’s right, I’m currently a stuffed up, coughing mess, dripping snot and self-pity wherever I go. One of the big emotional side-effects of […] 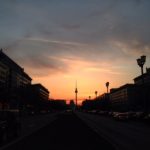 Making the most of the final months

Whilst my entire year abroad so far has undoubtedly been the most exciting, fun, confidence-building and interesting time of my life, I can’t help but feel that I perhaps didn’t make the most of my time here in Berlin last semester, as I dedicated far too much time to getting the best grades possible, and […] 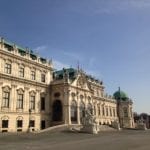 Consider this a continuation of my previous post regarding my recent trip to Bratislava, given that we traveled straight to Vienna from here via the popular commuter train service which runs regularly between the two cities, taking just over an hour. Of the two cities, Vienna was undoubtedly my favourite, owing probably to the vibrant cosmopolitanism […] 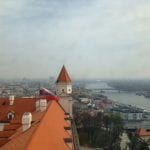 It’s been a while! Whilst I have unfortunately been neglecting by blogging duties recently and making the most of my (very generous) two months off uni and travelling about, I now have a lot more exciting experiences to share with you. I thought I’d start by recapping my recent trip to Bratislava, the capital of […] 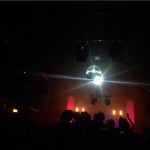 Berlin Nightlife: The Pros and the Cons

As anyone who reads my posts will know, one of my favourite aspects of living in Berlin is the insane nightlife, which is arguably unrivaled anywhere else on Earth, and has resulted in recent waves of revelers from across Europe flocking to the German capital for the sole purpose of dancing the weekend away at […] 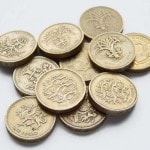 The Fall of the Pound

As most of you probably know, David Cameron recently announced the date for the ‘Brexit’ referendum regarding the UK’s membership within the European Union, to take place in June this year. Rather than discussing the politics of it and my own personal opinions and anxieties towards this debate, I’d just like to make a brief […]